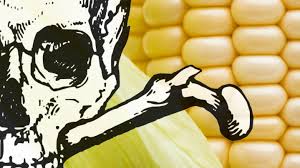 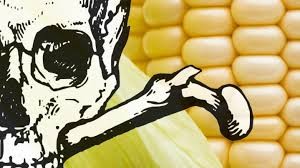 On Thursday, 275 members of the U.S. House of Representatives voted in favor of H.R. 1599, the DARK (Deny Americans the Right to Know) Act. By voting for the DARK Act, these politicians voted against truth and transparency, against science, against the more than century-old right of states to legislate on matters relating to food safety and labeling.

They voted against you.

Now that the DARK Act has been approved by the House, we’ll have to stop it in the Senate. We have to move fast—because Monsanto is desperate to pass a bill that preempts mandatory GMO labeling laws at the state and federal levels, before Vermont’s GMO labeling law takes effect next year.

Were the Congress members who voted against you fooled by Monsanto’s slick, deceitful packaging of this so-called “Safe and Accurate Food Labeling Act”? Or did they simply vote with their wallets, stuffed full of biotech and junk food industry cash?

We don’t know. But we know this: We can’t let this bill get through the U.S. Senate.

Less than 24 hours before the House vote, the industry-funded front group behind H.R. 1599 was still pushing out the lies. The “Coalition for Safe and Affordable Food,” feigning concern for consumers, emailed members urging them to support the DARK Act because if we require mandatory labeling, it will increase the cost of your food by $500/year. That lie has been debunked over and over, by legitimate independent studies. It’s a lie based on a study funded by, and which remains the intellectual property of, the Council for Biotech Information—of which Monsanto is a member.

Less than 24 hours before the House vote, a staffer in the office of the bill’s sponsor, Rep. Mike Pompeo, told a caller that the DARK Act gives consumers what they want: the means to know whether or not their food contains GMOs. “Consumers can choose to presume that all foods have GMO contents unless they are labeled or otherwise presented as non-GMO.  Meaning that it is knowable and it is known by the public which products have GMO and which don’t,” claimed a Pompeo minion.

More lies. The DARK Act creates a voluntary, government-run non-GMO certification program. Unless every producer of non-GMO products pays to have those products certified non-GMO, consumers will still have no way of knowing which products contain GMOs, and which don’t. And why should the burden of labeling fall on the producers of non-GMO foods, when the risk factor is associated with those foods that do contain GMOs?

H.R. 1599 would repeal existing state GMO labeling laws, such as Vermont’s Act 120, and would preempt any future state or federal laws requiring mandatory labeling of genetically engineered foods or foods containing GMOs. That’s unconstitutional, according to the Campaign for Liberty, which said this in a statement yesterday: