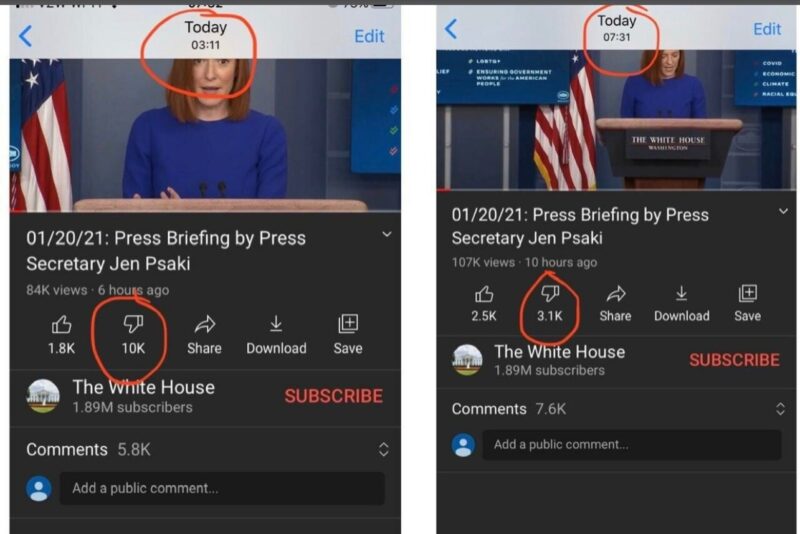 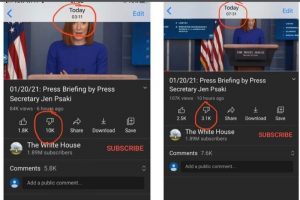 Is this the new normal? Do we already live in a Marxist nightmare, where censorship, fakery, lies, deception, and propaganda are accepted?

Jim Hoft: What a surprise! The far-left tech giants jumped in to save the Biden regime on their very first day in office.

Jen Psaki held a press briefing with the leftist horde in the White House Briefing Room on Wednesday after the Biden Hunger Games Inaugural: After being sworn in Joe Biden signed several executive orders to open borders, shut down US energy production and punish American companies.

During the White House presser, the American public was quick to downvote Psaki’s nonsense. At 3 PM the video had 10,000 down votes. But by 7 PM YouTube came to the rescue and erased the downvotes by several thousand. The number at 7:31 PM had remarkably dropped to 3.1 thousand votes.

This is more evidence of how the Tech Giants do anything they can to assist their ideological allies while they censor and delete conservative content and voices.