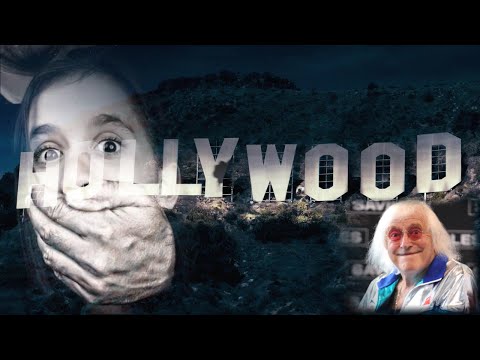 Hollywood is infested with pedophiles, “Lord of the Rings” actor Elijah Wood said in an interview.

“I’ve been led down dark paths to realize that these things are probably still happening,” the former child actor, now 35, told the UK’s Sunday Times.

“There are a lot of vipers in this industry.”

He compared it to the case of Jimmy Savile, a British TV host who abused at least 500 children.

“People with parasitic interests will see you as their prey,” he said.

Wood, whose career began when he was 8, said his mother had protected him.

Corey Feldman, who was a child actor in 1980s films “The Goonies,” “Gremlins” and “The Lost Boys,” spoke in 2011 about the abuse he suffered as a teenager.

He said that when he was 14, he was “surrounded” by molesters.

Corey Feldman: Corey Haim and I were ‘passed around’ to Hollywood pedophiles

Corey Feldman is backing Elijah Wood’s claim that Hollywood is full of pedophiles.

“With me, there were some molestations and it did come from several hands, so to speak, but with Corey [Haim], his was direct rape, whereas mine was not actual rape. I believe that Haim’s rapist was probably connected to something bigger and that is probably how he has remained protected for all these years.

“This person uses intimidation and threats as a way to keep people quiet. And all these men were all friends. Ask anybody in our group of kids at that time: They were passing us back and forth to each other. [Alison Arngrim] from ‘Little House on the Prairie’ said [in an interview], ‘Everybody knew that the two Coreys were just being passed around,’” Feldman told The Hollywood Reporter.

Haim, who lived a life plagued by drug addiction, died on March 10, 2010 of drug induced pneumonia.

“They would throw these parties where you’d walk in and it would be mostly kids and there would be a handful of adult men. They would also be at the film awards and children’s charity functions,” he said, noting that the kids’ ages ranged from 10 to 16. While he doesn’t explicitly identify his abusers, he claimed one of the men was an employee of his father’s and often acted as his guardian, adding, “He’s still prominently in the business today.”

“I’m not able to name names. People are frustrated, people are angry, they want to know how is this happening and they want answers … I would love to name names. I’d love to be the first to do it. But unfortunately California conveniently enough has a statute of limitations that prevents that from happening. Because if I were to go and mention anybody’s name I would be the one that would be in legal problems and I’m the one that would be sued … If somebody came forward with a suit against one of these people [who molested me], I would certainly be more than happy to back them up. But that hasn’t happened.”

One person Feldman insists isn’t guilty of preying on children? His former friend and mentor, Michael Jackson. “There was definitely a dark side to him,” Feldman said, “but that dark side in no way connected itself to pedophilia by my estimation.”

Feldman’s story echoes similar sentimentsElijah Wood expressed (and then backpedaled on) this week. The “Lord of the Rings” star told the Sunday Times, “There are a lot of vipers in this industry. People with parasitic interests will see you as their prey.” He later tweeted that his comments were taken out of context.