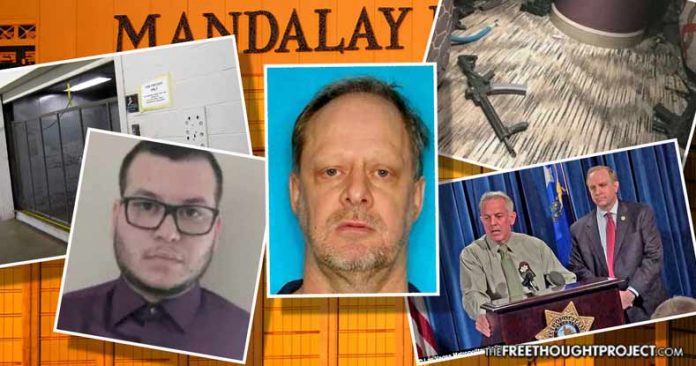 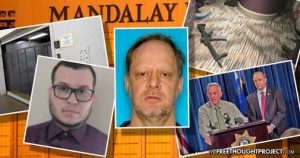 Nearly 2 weeks after the Las Vegas Shooting, which has been called the “deadliest mass shooting in modern U.S. history,” there are still a number of unanswered questions, and the answers law enforcement have provided have only served to complicate the situation and add new conflict to the narrative.

Here are 7 major questions from the shooting that need to be addressed:

1. Why is there no footage of Stephen Paddock in the casino?

The suspected shooter was staying at one of the most popular resorts in Las Vegas—everything is recorded by surveillance cameras, and the fact that absolutely no surveillance footage has been released showing Paddock in the days before the shooting is insane.

In fact, less than 24 hours after the shooting occurred, NBC News published a story featuring various photos from security cameras that appeared to show Paddock at a casino in the Cosmopolitan Hotel, and then in an Emergency room after he fell in 2011. It took just hours to find security footage of Paddock from 6 years ago, but it has been nearly 2 weeks, and the footage from 2 days before the shooting still has not been released? 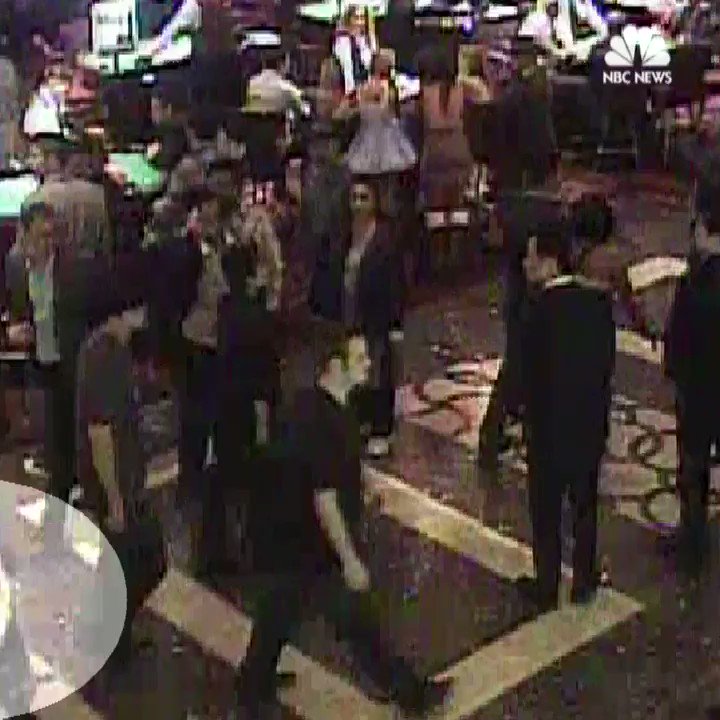 2. What was Paddock’s motive for the horrific act?

Stephen Paddock’s profile was the opposite of the typical mass shooter. He appeared to be living a rich, retired life in which he regularly visited Las Vegas casinos with his girlfriend. While ISIS was quick to claim responsibility for the attack, both the FBI and the Paddock’s brother have claimed he had no attachment to any terrorist group, organization or religion.

So what was it that motivated Paddock—who had no military experience, and no reputation for loving guns—to stockpile dozens of firearms, and to plan out such a deadly attack?

READ MORE:  According to the FBI, Eric Garner and Tamir Rice Were Not Killed by Police

Surely, if the FBI had evidence linking Paddock to a far-right or far-left extremist group, it would have been released by now. However, several media outlets have highlighted one quote from a Las Vegas prostitute that ties Paddock to one group—a growing group of people who question the U.S. government.

“The 27-year-old woman said Paddock, 64, would often rant about conspiracy theories including how 9/11 was orchestrated by the US government.”

3. Why did Paddock use the service elevator?

One glaring question from the shooting was how Paddock was able to transport all of the materials the FBI claimed he had—which included dozens of rifles and thousands of rounds of ammunition, among other supplies—up to the 32nd floor of the Mandalay Bay Hotel without drawing any attention to himself.

On Sunday, Chief Executive of Wynn Resorts, Steve Wynn, gave the public a clue about how Paddock may have moved all of the supplies under the radar—he was allowed access to the service elevator.

“You’d never stop a man like this (Paddock) from coming in the building,” Wynn told FOX News. “However, nobody in this company’s history, no public person, has ever walked in the service elevator unless they were accompanied by security. Uh, that wouldn’t happen.”

4. Why did police lie about when Paddock arrived at the hotel?

One significant change in the timeline occurred on Monday when Sheriff Joe Lombardo admitted that after one week of law enforcement claiming Paddock checked into the Mandalay Bay Hotel on Sept. 28, he had actually checked in 3 days earlier, on Sept. 25.

While it is unclear what would have motivated police to spend several news conferences broadcasting a false narrative, to then suddenly change it, Lombardo was quick to blame the media. “In [the press’s] zest for information, in my zest to ensure the public safety, in the calming their minds, some things are going to change. They are minute changes… [what was said before was] not completely inaccurate,” he said. 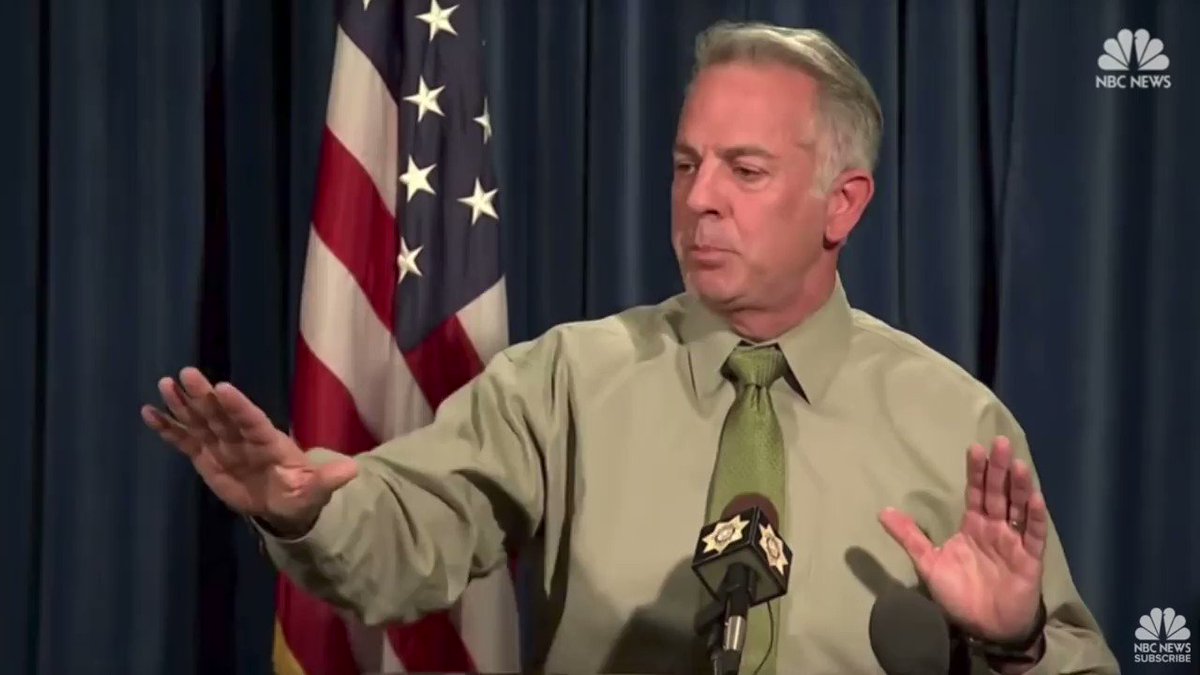 5. Why did police lie about the security guard being shot 6 minutes before the massacre started?

In the original timeline of the Las Vegas shooting, according to police, Paddock shot Mandalay Bay security guard Jesus Campos in the leg after he unloaded a volley of bullets into a crowd of 22,000 people at the Route 91 Harvest Festival.

However, police changed their story this week, and they are now claiming that Paddock shot Campos at least 6 minutes before he opened fire on the crowd from his window on the 32nd floor. Not only did Paddock shoot Campos, police are claiming he fired at least 200 rounds into the hallway, which should have given law enforcement a clear location for exactly where their target was.

This new narrative is actually backed up by audio that was released this week capturing the first shots fired by Paddock, well before he began firing on the crowd. 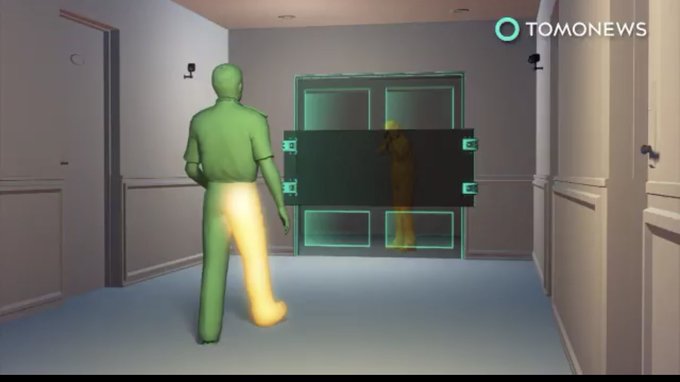 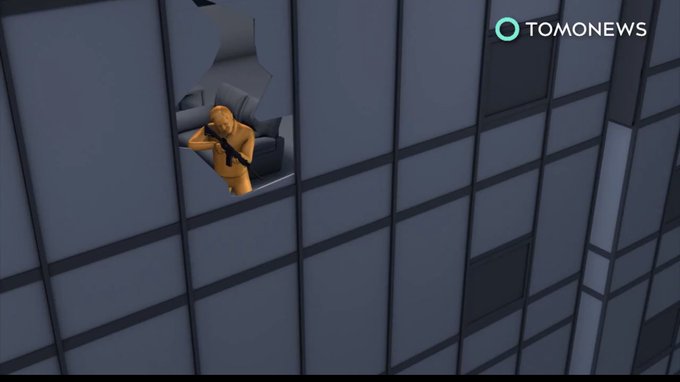 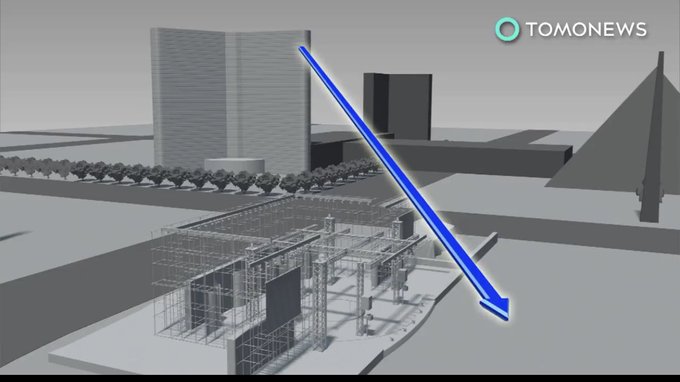 #Paddock shot [200+ rounds] into the hallway before turning his guns on the LasVegas crowd below—#tcot #maga #newshttp://www.nydailynews.com/news/national/hotel-worker-recalls-dodging-gunman-moments-lv-shooting-article-1.3555300 …

6. Why did the owner of the Mandalay Bay Hotel sell off shares before the shooting?

While selling stocks is nothing suspicious, when reviewing the records, Murren began dumping the stock in July of this year when it was at a seven-year high. The stock continued to go up, yet he continued to dump it, making the last and largest transaction—when the stock was close to the 52-week high—mere days before the attack sent the stock tumbling.

7. Why did it take so long for a police response, even though an employee for the hotel called 6 minutes before?

The revised timeline from the Las Vegas shooting includes the important detail about Paddock firing at least 200 rounds into the hallway and injuring Campos, before opening gunfire out of his hotel room window. When this occurred, there was a nearby employee who reported the scene to police.

Stephen Schuck, a maintenance worker at the Mandalay Bay Hotel, said on Wednesday that he was “checking out a report of a jammed fire door on the 32nd floor of Mandalay Bay when he heard gunshots and a hotel security guard, who had been shot in the leg, peeked out from an alcove and told him to take cover.”

“As soon as I started to go to a door to my left the rounds started coming down the hallway. I could feel them pass right behind my head,” Schuck said, noting that he told hotel dispatchers to report the shooting to police.

However, even with reports coming in minutes before Paddock opened gunfire from his window, it still took police around 1 hour and 15 minutes to locate and break down the door to Paddock’s hotel room. If they had simply acted on the first report from Schuck, there is a good chance that the massacre that was launched from Paddock’s window could have been prevented.