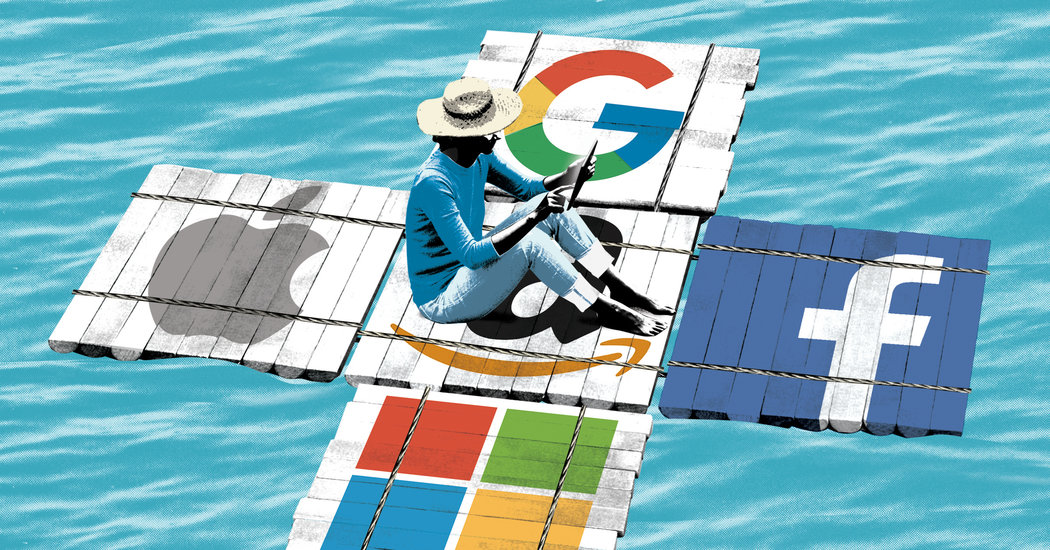 A convergence of EVIL: Google, Amazon and Facebook use technology to enslave humanity, suppress knowledge and accelerate human suffering

(Natural News) With Amazon.com now purchasing Whole Foods, giving it a near-monopoly over multiple sectors of the U.S. economy, we are entering the age of corporate giants dominating and enslaving humankind. Apple has more debt-free cash than nearly all world governments, including the United States of America (which is drowning in debt). Google has a near-monopoly over all search results, a position of power it exploits to silence dissenting views and disconnect humanity from important knowledge. And Facebook suppresses all truthful information that challenges the false narratives of the globalists. Corporations like these abuse their power to enslave humanity rather than setting us free.

At the dawn of the invention of television, the technology was hailed as a way to bring uplifting education to every corner of the globe. It didn’t take long, however, before broadcast television was turned into a means to control the masses through the dissemination of fake news — which has been going on forever — and the programming of consumers to purchase branded products often made with toxic ingredients. The dream of turning TV technology into a mechanism to set humanity free was quickly crushed, and today it is widely known that the more hours people spend watching TV, the more unintelligent and unaware they are. (Do you know any intelligent, self-aware, healthy person who watches TV at all?)

Similarly, the internet was once hailed as a means to set humanity free. But that dream, too, has been crushed under the extreme censorship and obfuscation of internet-intensive businesses like Google, Amazon and Facebook. Here are just a few examples:

What do all these evil corporations and globalist leaders have in common? They are all enemies of humanity:

In effect, these corporations are pure evil. They are run by evil globalists and they ally themselves with other evil corporations that poison our planet, enslave humanity and seek to deprive us all of basic human liberty and dignity.

You’re not helpless: Here’s what you can do to protect your power, your liberty and your future

All these evil corporations depend on one thing to remain in business: Compliant consumers.

If people stop financially supporting these evil corporations, they will cease to exist. The only reason they continue to grow right now is because people continue to feed them economic resources.

Until now, many people had not been fully aware of just how evil these corporations truly are. They had no idea they were about to be enslaved and overrun by Google, Amazon, Facebook and other similar corporate entities. Suddenly, however, it’s becoming obvious to even those who previously decried such warnings as “conspiracy theories.” Suddenly even Whole Foods workers are waking up, flipping out and realizing they are all about to be made obsolete by the Jeff Bezos robot apocalypse. From Reuters:

“I’ve heard that Amazon’s culture is really cutthroat. That worries me,” one bagger at a Providence, Rhode Island, store said.

At least one customer was concerned that an Amazon purchase would further distance Whole Foods from its roots as a purveyor of premium, organic and specialty foods.

…”I think that they are a very profit-driven company, so there might be some streamlining as far as labor,” said Sasha Hardin, 28, of the Mount Pleasant store, who has been with Whole Foods for 6-1/2 years.

Here are some action items you can take right now to stop feeding these corporate monsters that are destroying our collective future:

The power is in your hands.

P.S. On a personal note, I’m ready to pre-announce a massive expansion to the Health Ranger Store warehouse and fulfillment center in Texas which will be completed at the end of this year. I’m going to post a survey where you can tell us what sort of products you want us to carry and ship. Because we’ll have so much warehouse space available, we’re going to substantially expand our product offerings so that you have an ethical choice of where to buy those products. Watch for a story + survey to be posted soon on Natural News. Although we’ll never be able to compete with the sheer scale of Amazon — nor its free Prime shipping — we aim to bring you a real alternative to Amazon.com and Whole Foods for the non-perishable products you want the most.

One thought on “A convergence of EVIL: Google, Amazon and Facebook use technology to enslave humanity”