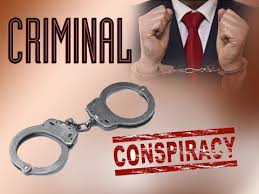 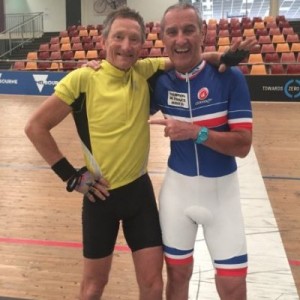 Why a Vaccination Royal Commission is a certainty

Who would have thought ten years ago we would be having a Royal Commission into the cover-up of our Churches’ extraordinary abuse of children.

So why do I say a Vaccination Royal Commission is a certainty.

Three clues follow as to why I say new government forces will act, when the groundswell of public disbelief turns to blood.

This paragraph was written three days after my post – I am just watching “Man on Fire” – that is how I feel about this sick corruption fuelled by fear engulfing myriads of health professionals who could do something about this crime against our babies – the mother at the end of the movie said “Kill Him(her husband) or I will” – galvanised mothers I am meeting will ensure No Jab No Pay will be the death knell of the Liberal Party, and its campaign fund masters.

The first clue is a brand new MMR whistleblower *****- I only found out about this courageous doctor on the morning of my post. He will be a difficult target for the “mob” to silence.

His name is Dr Peter Fletcher, now retired (i.e. less vested interests than most of us now), who was Chief Scientific Officer at the UK Department of Health. He is quoted in the first article below as saying if it is proven that the MMR jab causes autism, “the refusal by governments to evaluate the risks properly will make this one of the greatest scandals in medical history”.

The second clue is the alleged MMR Vaccine/autism cover-up fraud by the CDC, sprung by a whistleblower perpetrator Dr William Thompson, being the essence of the recently US censored movie VAXX, which hopefully will be aired in Australia soon, preferably on a big Screen.

The third clue is a personal one – I believe the Australian Immunisation Handbook authors have deliberately and fraudulently cherry-picked the peak scientific evidence in support of the MMR vaccine. Unreal!!!! Makes me wonder what else they have doctored as I have barely scratched the surface of this 526 page bible. I wonder how many of our doctors have actually read the Handbook, checked it for accuracy and currency, considered it for balance and bias, and noted that it is intended to be a GUIDE only. 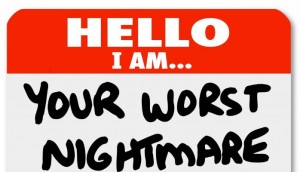 I am alleging this “Handbook” fraud could have vast consequences for all stakeholders in the vaccination industry, for many years to come. Keep watching this space.

I could not believe my eyes after only 15 minutes studying the sections on measles, mumps and vaccines. I will put one of Professor Dwyer’s groupies in the HOT SEAT grill very soon, and see how friendly the Friends of Science in Medicine will be this time when it comes to the health of our babies.

I look forward to the first whistleblower from the Australian Friends of Science in Medicine – thanks for including all your names, titles and places of employment on the Friends website – makes my job a lot easier to find you.

Plus remind me why nurses are acting within the scope of their professional training when obtaining informed consent from parents for catch-up vaccinations involving 10 vaccines on one day. Hmm. Plus do doctors have to have these vaccinations too, or is the “system” making nurses only take them? More questions.

I confirm again I am an advocate of freedom of choice based upon EXCEPTIONAL INFORMED CONSENT when it comes to vaccination, because we are dealing with babies.

I decided to start better informing myself of the opposing views about the efficacy and safety of vaccines around December 2015, some three months ago. I have a long way to go to be fully on top of all the vaccinations in the Australian schedule, or the vastly different approaches being taken by our trading partners.

The link to my post on the lifting of the censorship ban of Judy Wilyman’s PhD follows – I might just need a refresher course myself as Judy has put enormous energy and study into her work, and naturally has suffered the wrath of the mob.

Suffice to say this V topic is such a personal, divisive, emotional, complex, historical, political, legal, medical and ultimately social issue, it threatens to erupt a grass roots revolution globally. This social upheaval will be reinforced, and accelerated, by the tsunami of mainstream focus finally upon corruption of all facets of our society, particularly in the wake of the Panama scandal leak.

You have a weekend ahead — just think — if it is so important to close down debate on this topic – what are our governments trying to hide?

So what do you like, dislike, think, comment or otherwise? Debate must proceed without fear of retaliation.

“In the final analysis, we see only what we are ready to see, what we have been taught to see. We eliminate everything that is not part of our prejudices.”

https://crazzfiles.com/wp-content/uploads/2016/05/a-criminal-conspiracy-with-Health-politics-lawyer-graeme-little.mp3Podcast: Play in new window | DownloadSubscribe: Apple Podcasts | Email | RSS “PODCAST” Disconnecting From MSM Propaganda & The Big Virus Lie With Dawn Lester On tonight’s podcast show 25/01/23 i am joined by author and researcher Dawn Lester to chat about her incredible work and break down the entire COVID PSYOP.  Dawn Lester[…]