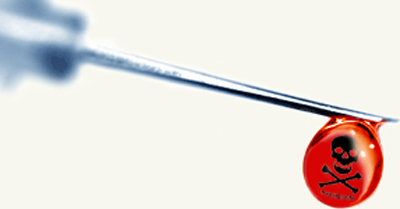 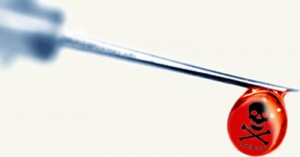 TAMPA – Like most little girls, Marysue Grivna has her dolls tucked in underneath her arms as she sleeps.

Elsa from Frozen is on one side and other beloved stuff animals crowd under her other arm.

This where the similarity to other 12-year-old girls, or most anyway, ends.

Marysue is in a hospital bed that is set up adjacent to her family’s front window.  Through the blinds she can see other neighborhood children running, playing, screaming and having fun.

Marysue used to be among those children.

“Marysue went from being a normal 9-year-old to basically a newborn child,” explained Carla Grivna, the little girl’s mother.

For Carla and Steven Grivna they hold on to the memories of Marysue speaking two languages, her helping them in the kitchen and her love for playing outside.

“Yeah,” replies Marysue, when her mothers asks if she used to help her make deviled eggs for Christmas.

Marysue can now speak just 10 words including mommy and daddy.

“The few words you have heard her say she has had to work hard to do,” her mother explained.

Marysue is also paralyzed.  She is now fed through a tube and wears a diaper.

On November 20, 2013, Marysue’s parents took her to the doctor where she received her annual flu shot.

She would spend the next five days playing with children in the neighborhood.

She was on break from school for the Thanksgiving holiday.

Her mother recalls putting her to bed on the night of November 25, 2013, and then checking on her right before she turned in for the night.

It was typical of Marysue to awake by 7 a.m. and then go into wake her parents up.  Marysue had been diagnosed with ADD and would go into her parent’s room in order to get her medicine.

When her mother finally awoke, she was alarmed that Marysue had broken her routine.  Carla Grivna walked into her daughter’s room to check on her.

Her daughter was not responding to her calls to wake up, so Carla lightly nudged her.

Still there was no response despite Marysue’s eyes being open.

“The look on her face was like help me, like she was scared but she couldn’t respond to me,” Carla recalled.

Startled, Carla yelled out to her husband Steve.

On the way, she suffered a seizure, according to her mother.

Once at the hospital, Marysue suffered another seizure.

Marysue was now on life support and in the intensive care unit.

“I saw her in the ICU after they got her totally set up, the only way I knew that she knew that we were there was her breathing changing,” Carla recalled.

Marysue would spend the next three months hospitalized.

Samples of her blood and urine were sent of to the Centers for Disease Control in Atlanta.

Then, nurses and doctors told the Grivna’s to prepare to say goodbye to their only child.  They didn’t believe Marysue would live to see Christmas.

“If I’d have lost my daughter it would have been the end of me and I think my husband also,” Carla said.

Doctors would eventually diagnose Maryse with acute disseminated encephylomyelitis or ADEM, a white brain matter disease that impacts eight out of 1,000,000 people a year.

ADEM is a  rare autoimmune disease marked by a sudden, widespread attack of inflammation in the brain and spinal cord. It also causes the brain and spinal cord to become inflamed. ADEM also attacks the nerves of the central nervous system and damages their myelin insulation, which, as a result, destroys white matter. It is often triggered after a person has had a viral infection or has received a vaccine.

Medical researchers say ADEM has an abrupt onset and symptoms usually exhibit one to three weeks after an infection or a vaccination.

“Mentally she is all there, she understands everything you say to her,” her mom explained.

According to doctors, full recovery is seen in 50 to 75% of cases with increase in survival rates up to 70 to 90% including minor residual disability.

Changing diapers, changing her feeding tube and helping Marysue drink out of a sippy cup all comes amid her parents trying to work.

Marysue’s mom works at a call center Monday thru Friday.

Since her illness, Marysue’s father has become her primary caretaker.

Marysue is taken to a rehab facility Monday thru Saturday where she can be under the watchful eye of nurses.

Her parents refuse to put her in a long-term rehabilitation facility.

“I’d rather die taking care of her,” Carla said.