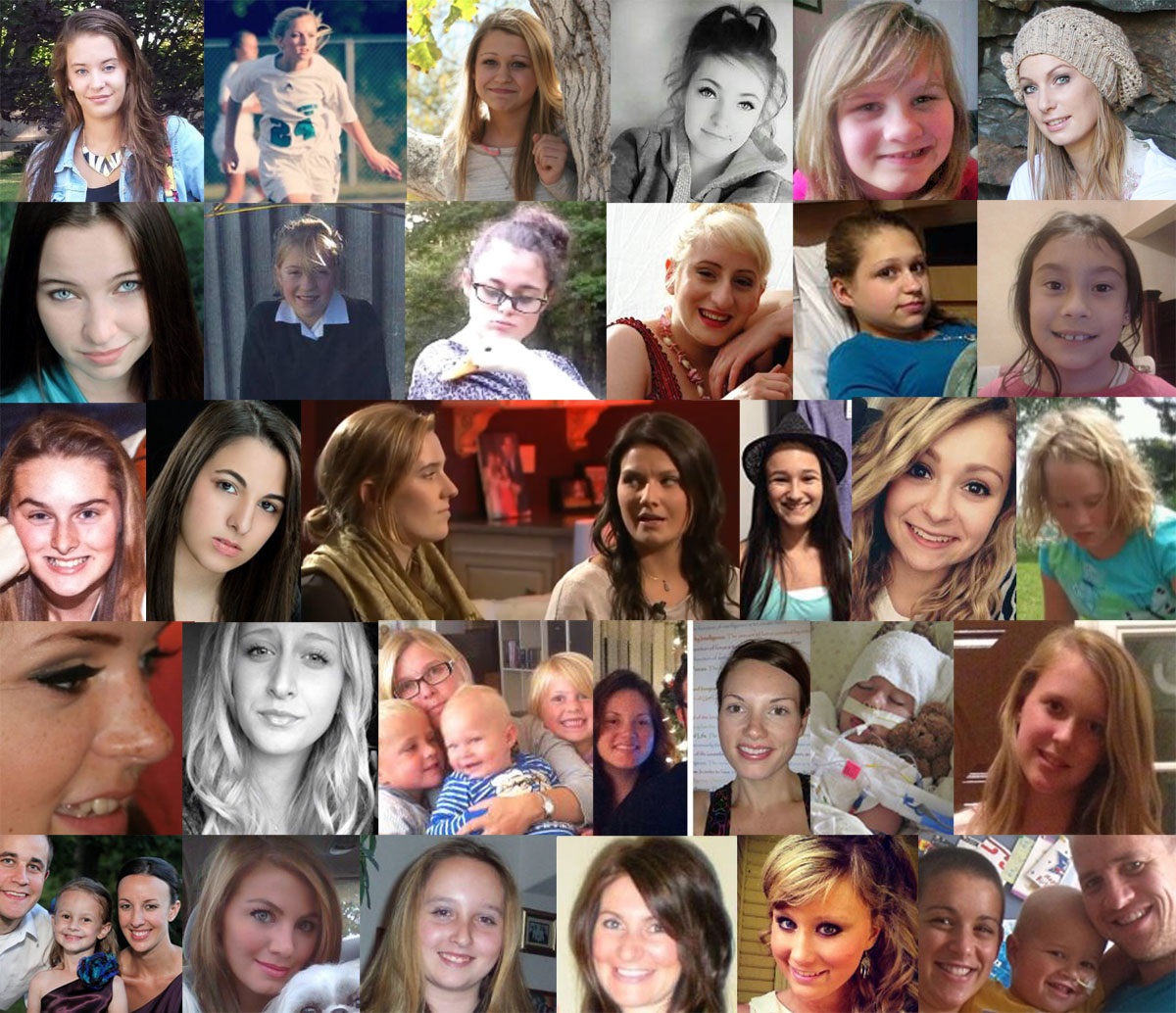 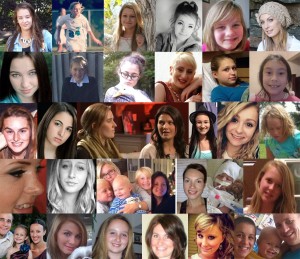 The once held theory that the Human Papillomavirus (HPV) Gardasil vaccine was safe has officially been proven false. The public has had a front row seat over the years to witness continuous, contradictory “settled science” around the HPV shot become very unsettling. Research fraud has been exposed, and alarm bells sounded as the dominos of perceived safety are falling rapidly now in succession.

The gravity and severity of the damning information exposing the dangers of the HPV vaccine is now in focus. As parents began to report serve adverse reactions to their daughters directly after the HPV shot was administered, those in positions to act did nothing. In a medical and political system that believes in the false idea of herd immunity, severe adverse vaccine reactions are simply not calculated into the big picture.

The National Childhood Vaccine Injury Act of 1986 was enacted to protect pharmaceutical companies from any damage their vaccines caused. The Vaccine Injury Compensation Program (VICP) was also created at the same time in as a way to sweep the growing number of vaccine injuries under the rug.

How helpful has the VICP been? A 2014 oversight report from the United States Government Accountability Office states “most claims took multiple years and many were settled through negotiation.” The program has awarded over $3 billion to victims of vaccine injury to date.

VICP provides a vaccine injury table to outline officially recognized injuries that manifest after immunization. The table is used for the purpose of receiving compensation under the program as well as to educated parents and healthcare providers on what to watch for.

The HPV vaccine table currently lists “no condition specified” under what illness, symptoms and/or injuries to alert the parents, child and health professional what to look for after vaccination.

In addition, the table lists “not specified” under the time period for first symptom or manifestation.

Furthermore, mainstream health professionals around the world are receiving little to no training on what to look for after the HPV shot is administered. The result of the lack of training leads to extremely inaccurate and low numbers of severe adverse HPV vaccine reactions being reported.

Parents of the children injured by the shot are left to wade through an uneducated medical establishment giving false diagnosis’s, improper therapies and drugs in a frustrating search to recover their child’s health.

The American College of Pediatricians (ACP) is a national organization of pediatricians and other healthcare professionals dedicated to the health and well-being of children. The College currently has members in 47 states and several countries outside of the U.S.

Their recent press release is serving to sound the alarm to the public, the medical community and politicians that the HPV vaccine is not as safe as manufacturers Merck (Gardasil) and GlaxoSmithKline (Cervarix) would want us to believe.

Scott Field, M.D., FCP, who currently serves on ACP’s board of directors, was the primary author on the warning released on behalf of ACP titled Primary Concerns About the Human Papillomavirus Vaccine which states:

“It has recently come to the attention of the College that one of the recommended vaccines [HPV] could possibly be associated with the very rare but serious condition of premature ovarian failure (POF), also known as premature menopause.”

Although ACP’s paper states that POF is a “very rare but serious condition,” their own investigative findings in the paper seem to hint at a more wide spread problem by stating:

“Most primary care physicians are probably unaware of a possible association between HPV4 and POF and may not consider reporting POF cases or prolonged amenorrhea (missing menstrual periods) to the Vaccine Adverse Event Reporting System (VAERS).”

ACP’s paper goes on to state that, despite the medical community’s ignorance of a possible association between the HPV shot and POF, there has been 213 cases reported to the Vaccine Adverse Events Reporting System (VAERS). The report continues by making a case to concluded that:

“The overwhelming majority (76%) of VAERS reports since 2006 with ovarian failure, premature menopause, and/or amenorrhea are associated solely with Gardasil®.”

Is there a possible culprit contributing to POF that is specific only in the Gardasil shot? ACP’s paper stated:

“Few other vaccines besides Gardasil® that are administered in adolescence contain polysorbate 80.”

The Material Safety and Data Sheet (MSDA) does not address the effects of polysorbate through injection. Yet, in MSDA’s toxicology section under special remarks on chronic and toxic effects on humans states that Polysorbate 80:

“May cause adverse reproductive effects based on animal studies.”

A conclusion of ACP’s study states:

“A causal relationship between human papillomavirus vaccines (if not Gardasil® specifically) and ovarian dysfunction cannot be ruled out at this time.”

In the same month as ACP’s release, Dr. Sin Hang Lee released whistle blowing evidence of a global scandal of historic proportions involving the Global Advisory Committee on Vaccine Safety (GACVS), the Ministry of Health of Japan, the Centers for Disease Control and Prevention (CDC), Auckland University and members of the World Health Organization. See:

With the HPV vaccine’s approval in many countries hanging in the balance, the GACVS issued a statement on the continued safety of the HPV vaccination on March 2014 concluding:

“To date, the GACVS has not found any safety issue that would alter any of the current recommendations for the use of the vaccine.”

Dr. Lee has countered the GACVS’s findings and statement by filing an open-letter of complaint to the Director-General of the World Health Organization, Dr. Margaret Chan. In this letter, Dr. Lee states:

“I have come into possession of documentation which leads me to believe multiple individuals and organizations deliberately set out to mislead Japanese authorities regarding the safety of the human papillomavirus (HPV) vaccines, Gardasil® and Cervarix®”

Dr. Lee’s open-letter methodically chronicles, with actual internal email documentation, willful research fraud and manufactured science to produce the false conclusion arrived at in March 2014 announcing “the GACVS has not found any safety issue” regarding the HPV vaccine.

To date, Dr. Lee’s complaint has been met with inactivity and silence from all political and medical authorities and agencies while legislation continues unabated to enact mandatory HPV vaccinations in many U.S. states and countries throughout the world.

Flying in the face of the recent HPV fraud and safety warnings, a joint statement issued by the group of National Cancer Institute-designated centers (NCI) recommends boys and girls receive three doses of the HPV vaccine at ages 11 or 12.

Why did NCI release this statement in the midst of all the recent HPV findings?

Perhaps one reason could be that the Acting Director of the National Cancer Institute is Douglas R. Lowy, M.D. who is an “inventor on government-owned patents for HPV vaccines licensed to Merck & Co., Inc. and GlaxoSmithKline” and has “received numerous honors” for his “technology that enabled the preventive HPV vaccines.”

Dr. Lowy recently opened an account and became active on the social media platform Twitter. A public dialogue has started directly asking him if he has and/or is profiting from the HPV shot or its increased uptake. At face value, it would appear that a government agency [NCI] publicly calling for increased HPV vaccinations headed by an inventor and patent holder of the HPV vaccine would reveal a conflict of interest.

However, to date, Dr. Lowy has ignored this simple public question.

Sanevax.org and Health Impact News (VaccineImpact.com) are leaders in the Alternative Media documenting real life stories of young women being killed and injured by the HPV vaccine, which is usually censored from the mainstream media. Here are a few we have covered: