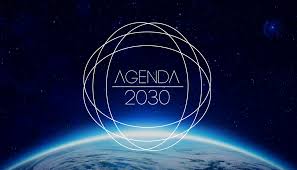 In 1992, Paul Keating signed Agenda 21 on behalf of Australia. 178 Nations around the world signed Agenda 21. What is Agenda 21 you may ask? In short, it’s about global land use, global education, and global population control and reduction.

Imagine if the government was purposefully rationing the use of electricity, water, petrol and natural gas, and that the enactment of these policies came from your local government’s committee or department of sustainability?

These local government (council) sustainability boards will decide how much energy, water, and other natural resources your home is allowed to use, limiting your ability to wash your dishes, take a shower or bath, flush the toilet, and drink a glass of water – regardless of the size of your household or how many children you have.

Effective execution of Agenda 21 will require a profound reorientation of all human society, unlike anything the world has ever experienced – a major shift in the priorities of both governments and individuals and an unprecedented redeployment of human and financial resources. This shift will demand that a concern for the environmental consequences of every human action be integrated into individual and collective decision-making at every level.

Agenda 21 leaves no stone unturned and no person outside of its reach. In order to accomplish its goals of sustainable development and to make you into a so-called “steward of the environment,” Agenda 21 seeks to control you and your life. Once implemented, Agenda 21 will affect you the following ways: 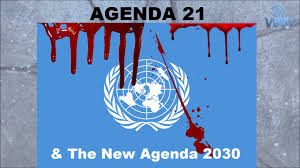 Another arm of Agenda 21, is to privatise water. A farmer can only capture 10 % of the water in his dam, the rest must flow to the rivers and creeks, or be taxed. South Australia are just starting to feel the effects of Agenda 21, with the state government trialing low flow by-passes on dams, at an estimated cost of up to $30,000, this is to stop water running into dams. A water licence must be bought for irrigation from your own dam and also a right to take water levy, whether you use it or not, has been introduced by the government, and supported by the opposition.

Let me draw Australian’s attention to Section 100 of the Australian Constitution. It reads…”The Commonwealth shall not, by any law or regulation of trade or commerce, abridge the right of a State or of the residents therein to the reasonable use of the waters of rivers for conservation or irrigation.”

This has not been challenged in the high court but we believe that Australians, under section 100 of the Constitution have the right to water. John Howard and his Liberal government, separated land and water in 2004 to make it a saleable commodity. This was not done for any reason other than for profit and the grubby business of multinationals and big business to make money.

Agenda 21 also calls for the fencing of rivers and creeks, at the expense of the land owner, to stop live stock from accessing the water, supposedly for environmental purposes. Water is our life’s blood, without it we will die.

No government or individual has the right to own or control another person’s use of water. In a drought stricken country such as Australia, we should be assisting farmers to put more dams on their properties, not shut them down with fines,  taxes and meters, or limiting the size of a dam if it does not impact on other properties and their water supplies.

It’s the man on the land that is being targeted today, tomorrow it will be the cities that will be taxed for the rain water they capture in their tanks.

Other states will experience Agenda 21, it is only a matter of time. Always be wary when you hear the words sustainable development. This is what the

The Labor Government signed it, and the Liberals and Nationals supported it.

These Agendas are designed to control people’s rights, water, population, health, education, sovereignty, ownership of land and how we choose to live our lives.

One Nation will further research, inform Australians and repeal these Agendas if not in Australian’s best interest. Some states in America are repealing Agenda 21 due to the desolation it has caused.