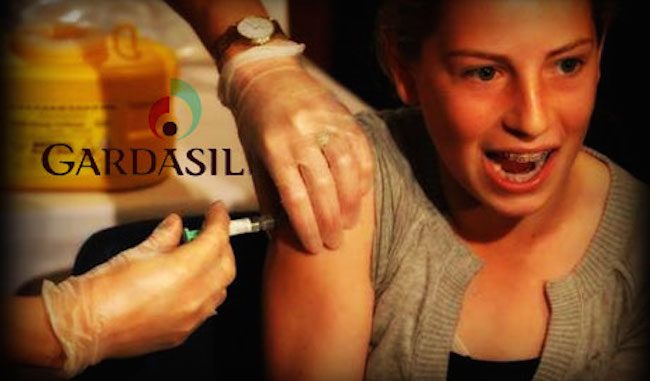 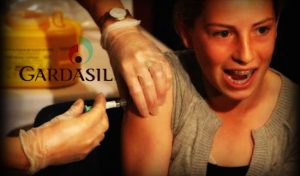 “It has recently come to the attention of the College that one of the recommended vaccines could possibly be associated with the very rare but serious condition of premature ovarian failure (POF), also known as premature menopause. There have been two case report series (3 cases each) published since 2013 in which post-menarcheal adolescent girls developed laboratory documented POF within weeks to several years of receiving Gardasil, a four-strain human papillomavirus vaccine (HPV4).”

The press release goes on to state that adverse reactions are not commonly caused by the vaccine, and that there has not been a noticeable rise in POF cases in the last 9 years that the vaccine has been widely used. This is not the first time a statement from a government medical agency has contradicted the evidence of various scientists and doctors around the world. Nevertheless, it’s great to see them at least acknowledge these potentials, stating that there are “legitimate concerns that should be addressed.” These concerns, according to them, are as follows:

“The overwhelming majority (76%) of VAERS reports since 2006 with ovarian failure, premature menopause, and/or amenorrhea are associated solely with Gardasil. . . . A Vaccine Safety Datalink POF study is planned to address an association between these vaccines and POF, but it may be years before results will be determined. Plus, POF within a few years of vaccination could be the tip of the iceberg since ovarian dysfunction manifested by months of amenorrhea may later progress to POF.”

It’s also worth mentioning that more than a dozen girls recently came forward in Europe claiming that they are suffering from acute physical side effects from the HPV vaccine. You can read more about that here.

Did you know that if you look at all of the women who get an HPV infection, approximately 70 percent of them will clear that infection all by themselves in the first year? You don’t even have to detect it or treat it. Within two years, approximately 90 percent of those women will clear it all by themselves. By three years, you will have 10 percent of that original group of women left who still have an HPV infection, and 5 percent of this 10 percent will have progressed into a pre-cancerous lesion. So, “now you have that small group of women who have pre-cancerous lesions and now let’s look at that moving into invasive carcinoma. What we know then is that amongst women with . . . [pre-cancerous] lesions . . . it takes five years for about twenty percent of them to become invasive carcinomas. That’s a pretty slow process. It takes about thirty years for forty percent of them to become invasive cervical carcinomas.”

The quote above comes from the video below (taken from the One More Girl documentary) of Dr. Diane Harper. She is one of approximately 50 HPV experts in the world, and one of a select group from these experts who was actually chosen to help design and carry out the Phase II and Phase III safety and effectiveness studies to get Gardasil approved. She has authored many published papers about it, and has been a paid speaker and consultant for Merck. This is why it’s important to listen to her; the very fact that she is appearing in a film that creates awareness about the dangers associated with the Gardasil vaccine is something to think about. She has stressed numerous times that there is absolutely zero proof that these vaccines work or that they are safe and effective, and advocates against administering these vaccines to young girls. She has stated multiple times that vaccination will not decrease the number of cervical cancer cases, but a routine of regular pap smear.

Dr. Genevieve Rail, Professor of Critical Studies of Health at Concordia University, recently received a grant of $270,000 from the Canadian Institute for Health Research (CIHR)  to study the Human Papillomavirus (HPV). She concluded that there is absolutely no proof that the human papillomavirus directly causes cervical cancer.

“I’m sort of raising a red flag, out of respect for what I’ve found in my own study, and for the despair of parents who had totally perfect 12-year-olds who are now in their beds, too tired to go to school,” she said. “Yes, we’re going against the grain, and we are going against those who are believed, i.e. doctors and nurses and people in public health.” – Dr. Genevieve Rail (source)

“It is a vaccine that’s been highly marketed, the benefits are over-hyped, and the dangers are underestimated.” –  (Taken from the One More Girl documentary) – Dr. Chris Shaw, Professor at the University of British Columbia, in the department of Neuroscience, Ophthalmology, and Visual Sciences

“When one looks at the independent literature, so studies that are not sponsored by the vaccine manufacturers, um, so with relation to Gardasil there have been several reports documenting multiple sclerosis and encephalitis, which is brain inflammation, in girls who have received their Gardasil vaccine, so, just because a study sponsored by the manufacturers does not identify problems with the vaccine does not necessarily mean the vaccine is safe. Um, in fact if one looks at the manufacturer studies, they’re often not designed to detect serious adverse events. There was a study done by a group of researchers sponsored by Glaxo Smith and Kline and they were looking at Cervarix, which is another HPV vaccine, and the authors acknowledged that none of the studies that they evaluated have been designed to detect autoimmune diseases. So obviously, you’re not going to find what you’re not looking for. And in spite of these obvious flaws, they concluded that there is no evidence that Cervarix is associated with, um, increased risk for autoimmune diseases, and this is absurd because you haven’t looked for it, the study has not been designed to detect autoimmune diseases.” – Dr. Lucija Tomljenovic, PhD, Post-doctoral Fellow at the University of British Columbia where she works in Neurosciences and the Department of Medicine (source)

The report by the American College of Paediatrics states that “potential mechanisms of action have been postulated based on autoimmune associations with the aluminum adjuvant used and previously ovarian toxicity in rats from another component, polysorbate 80.”

Health authorities will tell you that using aluminum as an adjuvant in vaccines is completely safe, but what they won’t tell you is that there are no safety assessments (toxicity studies) for vaccine ingredients. This can be quite eye-opening for those who were not already aware of this, especially considering the fact that aluminum has been being added to vaccines for approximately 90 years. Yet the Food and Drug Administration, or any other government agency for that matter, has not conducted or included appropriate toxicity studies/testing proving the safety of aluminum. Why is this? One reason could be that vaccines have traditionally (over the years) been viewed as non-toxic substances, therefore not warranting such research. (source)

“I have a document from 2002 from the US Food and Drug Administration (FDA)… discussing the assessment of vaccine ingredients… and testing specifically in animal models. Back then, the FDA stated that the routine toxicity studies in animals with vaccine ingredients have not been conducted because it was assumed that these ingredients are safe. When I read that I was kind of pulling my hairs out [thinking] ‘So, this is your indisputable evidence of safety?’ These documents never made it to mainstream media. It’s just a lie perpetuated over and over again; that we’ve been using these things for over nine decades and it’s been proven safe. No, it’s been assumed safe.” – Dr. Lucija Tomljenovic (source)