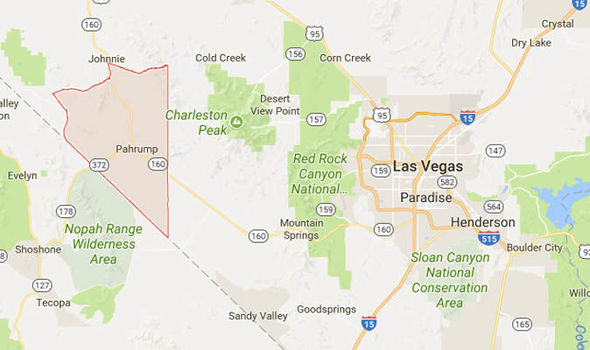 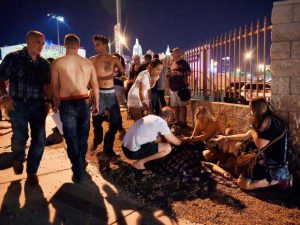 Another gunman has been reported at a school outside Las Vegas just hours following the deadly massacre which saw 58 people killed. Reports of an armed man at schools around Pahrump, which is just 60 miles from the popular famous Las Vegas strip local media reports. Multiple schools are now on lockdown as police search the area. According to one local: “My cousin attends this school and is safe. They are still on lockdown. So scary.”

Express reports: Others reported pupils “couldn’t leave campus” while police were deployed on the scene. Intial reports suggested shots had been fired but these were confirmed to be inaccurate by police.The Director of Nye County Emergency Management confirmed that no shooting took place, but added a known felon has reported to have brought his child to school today.As a result, all of the schools in Pahrump were put on lockdown. Sheriff’s deputies are now clearing each school. The Nye County Sheriff’s Office said in a statement: “All Nye County and Town of Pahrump government office have been closed in Pahrump as precautionary measures.

“This includes the courthouse on Basin Avenue.”More than 58 people were killed and at least 515 injured when a crazed gunman opened fire on a country music festival in Las Vegas.The reports come as Nevada remains on edge after at least 58 people were killed and another 515 injured in the deadliest mass shooting in modern US history. Gunman Stephen Paddock, 64, fired on the Route 91 Harvest country music festival from his room on the 32nd floor of the Mandalay Bay hotel and casino over looking the event in the Las Vegas strip. Jason Aldean, the country music singer who was performing when the shooting took place, described the scene as “beyond horrific” while images from the tourist attraction showed bloodied festival goers fleeing the venue.