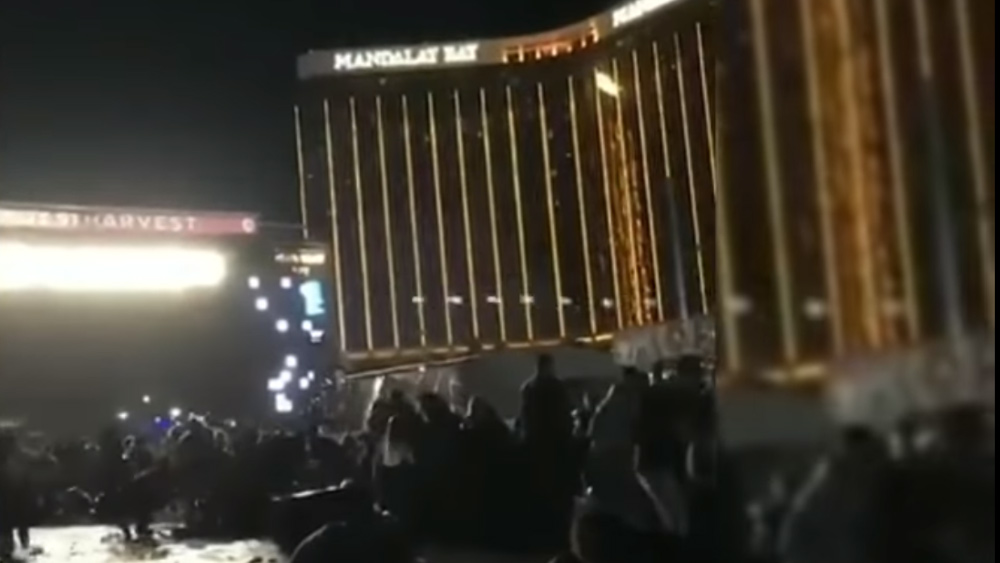 (Natural News) Our hearts and prayers go out to all those killed or injured in the Las Vegas shooting, and in a nation where so many anti-Americans are kneeling in pampered protest, this mass shooting saw veterans and police officers standing up, helping the victims and heading straight for the shooter to take him out. Real Americans don’t kneel, they stand and get to work to save lives. Today I offer tremendous gratitude to all the first responders who helped save lives and stop the violence.

Although the news reporting on this shooting is still in its early stages, there are five strange things that just don’t add up about this massacre (so far). I run through them below.

#1) Dozens of concert-goers reported the presence of multiple shooters

Although law enforcement says there was only one shooter, multiple witnesses are openly reporting the presence of multiple shooters. This could reasonably be the result of confusion and chaos, but it’s also highly suspicious that the shooter had “full auto” weapon which is usually limited to law enforcement or military personnel.

If this shooting was carried out by multiple shooters, it would obviously indicate planning and coordination among a group of people who sought to carry out the shooting for a political purpose of some kind.

#2) Who warned concert-goers they were “all going to die” a full 45 minutes before the shooting started?

Via the UK Express:

One woman, who was at the Route 91 music event, claimed an unidentified woman had told other concert-goers they were “all going to die” after pushing her way to the front of the venue.

The witness, 21, told local news: “She had been messing with a lady in front of her and telling her she was going to die, that we were all going to die.

“They escorted her out to make her stop messing around with all the other people, but none of us knew it was going to be serious.”

She described the lady as Hispanic. The lady was escorted from the venue along with a man.

The unnamed witness, who was attending the event on her 21st birthday, described the pair as short, both around 5 ft 5ins to 5ft 6ins tall, and looked like “everyday people”.

It’s clear that neither of these two people were the shooter, as the shooter is a much taller Caucasian man. Thus, this is not a “lone gunman” massacre. There was coordination. At least three people were aware this shooting was about to take place.

#3) The weapon you hear on videos was FULL AUTO, which is almost impossible to acquire through legal means

The multitude of videos that captured the event clearly indicate that at least one shooter was running a full auto weapons system. Such weapons are almost impossible for “civilians” to acquire. Although some pre-1986 full auto weapons are available for sale, they require extensive ATF documentation, background checks and extremely long wait periods approaching one year. Plus, they tend to cost $25,000 or more, and they’re extremely rare.

Full auto weapons, however, are widely owned by police officers, federal officials and military organizations. It will be very interesting to find out where this weapon came from and how it was acquired.

#4) Why were the exits blocked, trapping victims like rats in a maze?

Numerous reports from witnesses who were on the scene reveal that nearly all the exits were blocked. One witness described the situation as “being caught like a rat in a maze” with numerous “dead ends.”

Why were nearly all the exits blocked? In essence, the concert created a kill zone that amplified the casualties. So far, according to the Clark County Sheriff in Vegas, 515 people have been injured and 59 people have so far died. These are unthinkable numbers, approaching war-time casualty counts. It’s clear from the coverage that this shockingly high body count would not have been possible if people had been free to flee the concert venue.

In essence, the concert trapped the people, preventing them from escaping, and denying them the ability to seek cover. From there, sustained, full-auto gunfire is almost impossible to survive.

In addition, once the shooting started, the stage lights were turned to the crowd, lighting up the crowd and making them an easier target for the shooter(s). Was this deliberate?

#5) Why did the shooter have as many as 10 firearms in his room?

According to news reports, the shooter — identified as Stephen Paddock — had as many as 10 firearms in his room, including several rifles. If he was the only shooter, what’s the point of having so many rifles? One man can obviously only shoot one rifle, and since he had a full auto rifle, he could obviously achieve his evil aims by focusing on his one rifle. There was no need for him to have multiple rifles.

So were the other rifles brought to the room to “stage” the crime scene with an abundance of guns? Why would one elderly man bother to carry 8 – 10 weapons to a hotel room in the first place? That’s a lot of work. Rifles aren’t lightweight devices.

I find the idea that a lone, elderly man would carry so many rifles to a hotel room for no practical reason to be highly suspicious. It makes no sense at all.

ONE MORE QUESTION: Why is ISIS claiming responsibility for the Las Vegas massacre?

Islamic State has claimed responsibility for a shooting that killed at least 50 people and wounded over 400 in Las Vegas early on Monday, and said the attacker had converted to Islam a few months ago.

“The Las Vegas attack was carried out by a soldier of the Islamic State and he carried it out in response to calls to target states of the coalition,” the group’s news agency Amaq said in reference to the U.S.-led coalition fighting the group in the Middle East.

Pray for all the victims of this event. More coverage is found on the following websites: