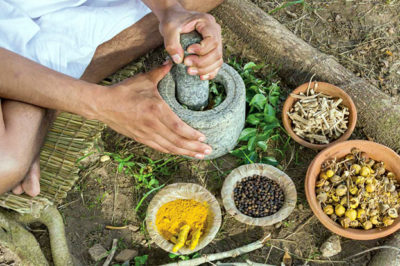 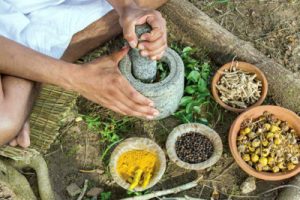 Born in New York, John Davison Rockefeller (1839-1937) was the world’s first billionaire1 (he’d be worth around $13.7 billion in today’s money). As a Republican, Rockefeller supported Abolition, back when southern Democrat-voting industrialists profited from their human property. He was also a Methodist/Baptist Christian who believed that god had made him rich.

In 1864, he founded the grain and produce company, Clark, Rockefeller, & Co., with business partner, Maurice Clark (1827-1901). The company profited from the American Civil War (1861-65)2 and Rockefeller used his money to establish the company that made him his fortune: Standard Oil of California. With notions of the Protestant work ethic and Christian charity, Rockefeller and his employees attempted to craft an image of the family dynasty as philanthropic.

Rockefeller’s various institutes and foundations spawned other entities, including the University of Chicago, the General Education Board, and the eponymous Institute for Medical Research. But diary entries, papers, letters, and memos from the time confirm that the motive was primarily to make the public healthier and more educated in order to get them to work for the businesses in which Rockefeller had invested. By the mid-20thcentury, it was clear that “philanthropy” was also a massive, legal tax dodge.3

Rockefeller’s profit-making agenda included the promotion of so-called “scientific medicine,” which has now become the norm. Although Rockefeller personally championed natural remedies, including homeopathy, publicly he funded allopathic medicine and was a major cog in the machine that brought America’s medical practices up to Europe’s technological standards. But institutions, be they religious, corporate, or national, are not self-containing. They expand. Rockefeller’s philanthropy was de facto colonialism in countries including China and the Philippines, where the offshoots of his Foundation trained indigenous elites to use Western “scientific medicines” and lessen their traditional, natural cures.

THE FOUNDATION AT HOME: “HEALTH IS PROFITABLE”

Former US President Bill Clinton (in office 1993-2001) says: “The academic study of public health owes its origins to Rockefeller, who financed the earliest programs at institutions like Johns Hopkins and Harvard [Universities].”4

Not all 19th century US physicians had formal qualifications. Founded in 1846-47, the American Medical Association lobbied to ensure that physicians were qualified and trained up to particular standards.5 But the formalisation of healthcare training reinforced the race, gender, and class structure in that females, poor people, and non-whites were typically excluded.6 In addition to producing young, white, male doctors from the middle- and upper-classes, the system also battled natural health in favour of the new “scientific medicine.”7 By contrast, the Popular Health Movement was a natural health lobby which, in the 1850s, sought to remove legal protections for reckless physicians.

Despite Rockefeller’s private belief in homeopathy, one of the effects of his Foundation’s work in medicine was to undermine natural alternatives to chemical prescriptions. The formalisation of GP training led to monopolies. Most medical courses were offered by just three universities: Dartmouth, Harvard, and Pennsylvania.8 As late as the early-20thcentury, US doctors typically trained in Europe. Rockefeller’s agenda was to bring the US medical profession up to Europe’s standards.9 Rockefeller modelled his health foundation on Berlin’s Koch Institute (founded 1891) and Paris’s Pasteur Institute (1887).

After studying in France and Germany, the American parasitologist, Charles Wardell Stiles (1867-1941), went to work at the Rockefeller Foundation’s forerunner, the Rockefeller Sanitary Commission. Stiles advised on the abdominal disease hookworm, which mainly affected agricultural workers and thus Rockefeller et al.’s profits in his textiles investments. Stiles believed that hookworm caused “some of the proverbial laziness of the poorer classes of the white population.”10

One of Rockefeller’s main ideologues was the Baptist clergyman, Reverend Frederick Taylor Gates (1853-1929, no relation to Bill). In the capitalist spirit of the age, Gates saw the human body as an amalgam of separate parts, akin to a factory. Gates’s view was that “the great organs of the body like the liver, stomach, pancreas, kidneys, gall bladder, are great local manufacturing centres, formed of groups of cells in infinite number, manufacturing the same sorts of products, just as industries.”11

Gates initially advised Rockefeller’s Standard Oil before promoting the magnate’s health ventures. Gates noted that at any one time, 20 per cent of staff in any given institution was home sick each day and said that “health is found in a variety of ways to be profitable.”12 He objected to the Rockefeller-founded University of Chicago’s 1898 efforts to align with the pro-homeopathy Rush Medical College. After studying in Germany, the bacteriologist and pathologist William H. Welch (1850-1934) co-founded the Johns Hopkins School of Hygiene and Public Health. Gates asked Welch to run the Rockefeller Institute for Medical Research, which by 1928 had received $28m in funding (around $385m today).13

Hookworms are parasitic organisms that live in the abdomen and are typically picked up by affected persons when walking barefoot and consuming soils near to which people have defecated. The roots of the Foundation’s global health hegemony were planted in the American south, where Black agricultural labourers continued to toil in cotton fields.14 The Foundation’s failed efforts to eradicate hookworms nevertheless gave the planners enough confidence that their work could be exported. But their methods sought to integrate foreign traditional healers into “scientific” medical practices.

Historian Angela Matysiak writes that during the 1917 campaign to eradicate hookworm in Brazil, civil society feared that Rockefeller’s International Health Board (IHB) would replace curanderos: natural healers. “To address these tensions, the staff of the IHB in Brazil, Costa Rica, and other countries looked for ways to integrate native healers into public health campaigns.” But Rockefeller opposed domestic natural medicines; at least for the public. For example, it was only when the supply of the drug thymol was disrupted by the First World War (1914-18) that Rockefeller’s IHB gave patients oil of chenopodium (the flower of the goosefoot plant). With zero ethical protocols in place, Rockefeller’s doctors poisoned to death 222 children with the oil between 1914 and 1932, something that natural healers were unlikely to have done.15

The Rockefeller Foundation established a series of successive health entities to exploit foreign medicines and assimilate other people’s traditional practices into Western-led methods. The International Health Board and its successors spent billions of dollars (tens of billions in today’s money) in over 100 countries, establishing 25 schools and institutes, and sponsoring over 2,500 nurseries.16

After the British Empire’s occupation (circa 1842-1912), but before the economic nationalism of Chairman Mao (1893-1976), US investors sought to exploit China’s huge working population and raw materials. Rockefeller and his successors funded the Peking Union Medical College to the tune of $45m (or half a billion today). Chinese traditional medicine includes but is not limited to acupuncture, cupping, diet, herbs, and qigong. It has been used for thousands of years and is regularly attacked in the West by advocates of Big Pharma. Rockefeller money started the anti-traditional medicine movement in China while taking some of its ideas and products to synthesise them as modern drugs.

For instance, ephedra plants are shrubs that grow in most countries and produce certain green teas. Known in Chinese medicine as ma-huang (right, above), ephedra shrubs have been used for 5,000 years and were first catalogued by Emperor Shen Nung in 2700 BCE.20 The Japanese Professor, Nagayoshi Nagai, isolated ephedrine from the shrub in 1885 to produce synthetic chemicals for blood pressure treatment. The Rockefeller-funded Peking Union Medical College took credit for isolating and synthesising the chemical. The Lancet reports that the College “spread modern medical sciences throughout China.”21

Today, we hear about the dangers of “vaccine nationalism.”22 Russia’s Sputnik V vaccine against Sars-CoV-2 (COVID-19) was demonised by Western media23 before being accepted as >90 per cent efficacious by Western journals.24 The UK’s AstraZeneca-Oxford vaccine was sold to the British public as effective,25 yet several heads of state at the European Union, which is promoting the US-German Pfizer-BioNTech vaccine, publicly cautioned against the UK vaccine.

Vaccine nationalism began with the Rockefeller Foundation. Yellow fever is a deadly (50 per cent death-rate) mosquito-derived, tropical virus.26 Rockefeller’s International Health Board stoked controversy by pointing to side effects in yellow fever vaccines developed by rival institutes, such as the Pasteur Institute, which was operating in France’s colonial subject, Tunisia. Rockefeller’s vaccines were initial failures. The authors of an article on biological history state: “the success of [Rockefeller-]sponsored anti-yellow fever campaigns was obtained through a traditional means: the elimination of the disease’s vector, the mosquito.”27