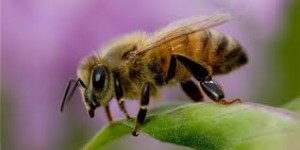 Bee decline is now a global problem with up to 90 per cent of our crops at risk. Research showing the chemical neonicotinoids (NNIs) as the main culprit has led to its ban in Europe with USA also resolved to take action. But, here in Australia, there is no ban nor even an investigation. Michelle Pini reports.

TWO YEARS ago, in an historic move to save beleaguered bee populations, the European Commission enforced a continent wide ban on the use of a new class of pesticides known as neonicotinoids (NNIs), or neonics.

Last month, the first draft of the Federal Pollinator Strategy to deal with NNIs was released in the United States.

There is no ban on their use in Australia and no investigation into the use of neonics has been instigated here.

The Rural Industries, Research and Development Corporation reports that annual honey production in Australia is between 20 and 30,000 tonnes, of which about 4,600 is exported. Most of this is produced from native flora.

Honeybees also pollinate about 90 per cent of our edible crops and are integral for the production of one third of the human diet. As well, many animals (including livestock) are dependent on bees for their food supply.

There is currently a worldwide bee shortage due to a phenomenon known as Colony Collapse Disorder (CCD) that causes bees to abandon their hives and die. Australia has so far been spared, but many fear it is inevitable.

The reasons for CCD are not straightforward. The top suspects include climate change, loss of habitat, pests, diseases, bacteria, electromagnetic fields, herbicides and pesticides, as well as combinations of these.

A Harvard University study (and numerous others) links neonicotinoids, particularly in combination with other chemicals, to declining bee populations.

NNIs are systemic pesticides that penetrate the entire plant including the nectar and pollen and contain nicotine — the effects of which are well known with regard to humans. NNIs – the fastest growing pesticide products in the world – have also been shown to change bee behaviour.

Indeed, the growing body of evidence implicating the use of neonics with Colony Collapse Disorder has led to their ban in Europe, and highly regulated use in Canada. In the United States the development of stringent precautionary methods on NNI use is under way.

One of the most significant studies by Christian H. Krupke on the effects of NNIs on bee colonies, found that, when treated with a neonicotinoid containing the chemical “Clothianidin”,