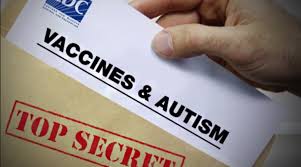 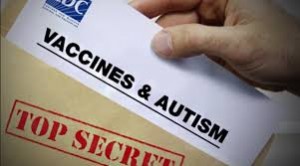 Emotional, disparaging comments from those who believe they know the science that appears to show that there is no causal link between thimerosal in vaccines and the increased rates of autism include name-calling “Anti-vaxxers”, charges of “over-emotionalizing” the issue, and,  “distracting” the families who should be focused on caring for their autistic child or children.

During my research for my second book, “Cures vs. Profits: Success Stories in Translational Research”, I have found wonderful advances in the care of cancer, in brain surgery, in robotic surgery, and forthcoming advances in early Alzheimer’s diagnosis. My approach was unbiased: I wanted to find bona fide advances in medical care made possible via biomedical and clinical research.

I also uncovered a number of accounts of unsavory and illegal activities undertaken by researchers and by medical doctors. This led to four chapters covering such acts, two of which I wrote intentionally to provide a framework of contract of clear evil-doers (Abuses in Medicine, and Outrageous Acts of Pseudoscience). The third and fourth chapters surprised me: They involve Overdiagnosis in ADHD and Vaccinations.

I will blog on the the problem of ADHD Overdiagnosis at a later date: for now, the story of how Pharma reached into academic clinical research center activity is not pretty. I went into the Vaccine chapter to advocate for Vaccines, to review some of this history of this most clear of all translational successes. How could vaccines be bad? They stop the spread of disease, after all. No one gets polio anymore. Practically no one dies from measles in the US anymore. Most of my colleagues clearly stand on the side of protecting the population from diseases with vaccines.

In taking the time to really look at the published data on the possible links between Autism and Vaccines, I have become convinced not only that there is a likely direct cause of Autism, but that the US CDC has repeatedly acted in a manner that is as egregious, if not more, than those actors in the  Abuses in Medicine and Outrageous Acts of Pseudoscience chapters.

So, to help others who, like me, had extolled the virtues of vaccines over the possible, but apparently unlikely risk of adverse events such as brain damage leading to autism, understand the reality that our society is experiencing, and will experience for some time, I decided to share the Top 10 Things You Must Know about the Autism/Vaccination Question.