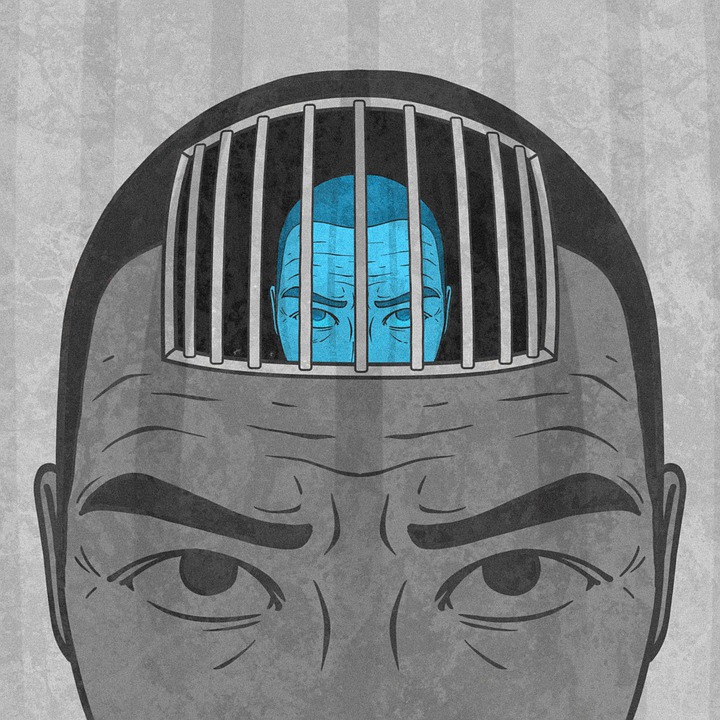 It seems as if authorities have had enough of those pesky ‘conspiracy theorists’ spreading unsubstantiated claims online and ignoring official health directives.

Government officials are claiming the present climate has become fertile ground for extremists, following dramatic scenes of arrests at the Queen Victoria Market in Melbourne on the weekend.

Indeed, you would have already heard these types of claims a number of times in recent weeks. Police commissioners calling protesters ‘tin foil hat crazies’ and more. You know the deal.

However, it seems now that things may be shifting to a more aggressive approach.

David Elliott, NSW Police and Emergency Services Minister, has announced this week that contingencies to address risks of conspiracy theories being used to disrupt social cohesion were “front of mind”:

“The world that we live in at the moment has people using every opportunity available to them to undermine civilised society.”

We certainly have discussed with our intelligence agencies the cause of virtually every natural disaster. I know people get on the internet outside the academic sphere that provides us with advice on these things and put forward conspiracy theories that are just there to cause havoc in the community and to split the community.“

The comments follow very interesting remarks to come out at the start of the month, in which a spokesperson for ASIO said it was aware of extremists seeking to exploit the circumstances and uncertainties of the COVID-19 environment.

The spokesperson said extreme right-wing groups and individuals willing to engage in acts of violence to achieve political objectives represented “a serious, increasing and evolving threat to security“.

These developments are extremely telling and confirm prior calls we have raised on this website, particularly regarding how free thinkers will soon be targeted for their dissent.

Are you thinking something different to the official narrative on your screen? Want to voice your concerns about what you have found? It seems very soon that you will be engaging in a terrorist activity by doing so. You can’t make this stuff up.

The emerging Brave New World Order system must have no intellectual opposition to thrive.

ERA OF THOUGHTCRIME – A REALITY

To understand why these announcements are important, it’s important to remind readers of the context in which these positions have been developing. It has been very quickly, behind the scenes.

Let’s not forget: In a June address to the National Security College, Foreign Minister Marise Payne said international institutions like the World Health Organisation must be “bulwarks against disinformation”, which has been spread widely during the coronavirus ‘crisis’.

Payne also warned of an “info-demic” of online misinformation — a term used frequently in recent months — and said it was troubling that some were “using the pandemic to undermine liberal democracy and promote their own, more authoritarian models”.

Importantly, hidden in the address, she noted that Australia had recently been the victim of ‘disinformation campaigns’, including conspiracies ‘spread by bots’ during the bushfires ‘crisis’.

Shortly after, the Department of Foreign Affairs and Trade announced it would establish a new taskforce to counter “online disinformation campaigns”, clamping down on social media activities.

This came just as the Australian Communications and Media Authority (ACMA) handed down a report naming bushfire and COVID-19 ‘conspiracies’ as a main source of disinformation.

In their June paper, Misinformation and news quality on digital platforms in Australia, ACMA states:

“The bushfires saw instances of false and misleading information about the cause of the fires, the use of old images purporting to be of current events and conspiracy theories such as the fires having been purposely lit to make way for a Sydney to Melbourne train line.”

They have also stated that ‘tactics’ used during the bushfire saga have now transitioned in a similar fashion to COVID-19 conspiracies floating around the web:

“False and misleading information about the pandemic — such as how to prevent exposure, possible treatments, and the origins of the virus — have been shown to have real-world consequences, including personal illness and damage to property.

Recent Australian research found that nearly two-thirds (66 per cent) of people say they have encountered misinformation about COVID-19 on social media.”

Remember, ACMA recommendations are used to influence and help develop future government policies on communications. What does this tell you? Now authorities are backing this claim.

There it is, ladies and gentlemen. Right before your eyes.

From a vision, to reality. It may not be long before these parasites officially declare the new-age terrorists of Australia in the open. Sadly, these ‘terrorists’ will be patriots of this nation.

The only thing that is left from here is to develop some sort of system to enforce these new draconian statements. Perhaps we are already seeing this underway in Melbourne.

Interestingly, the Victorian government is right now pushing through a bill that would allow them to detain “high-risk” coronavirus spreaders.

The powers would be applied to those who health authorities believe would negligently spread the deadly virus, as Victoria ‘works to bring its coronavirus outbreak under control’.

The powers will be debated in state parliament this week under the Omnibus (Emergency Measures) Bill. Health authorities would have the power to pinpoint those refusing to self-isolate.

Those caught flouting self-isolation directions would be forcibly detained in places where they are able to be monitored, like hotels.

Continuing on from earlier points, should it come as any surprise which group of people are listed as some of the most dangerous in this area?

The Age reports that the proposed rules could also be applied to conspiracy theorists along with those affected by drugs or mental impairments if they do not have the capacity to self-isolate:

The rules, confirmed to The Age by a state government spokesman, could be applied to conspiracy theorists who refuse to self-isolate or severely drug-affected or mentally impaired people who do not have the capacity to quarantine.

Are you starting to see the bigger picture here, folks?

Very interesting scenes unfolding in Australia right now. One can turn a blind eye to what is happening, or they can look at the information with critical discernment and see the agenda at play.

Free thinkers are enemy number 1 of the state — they have been for a long time. As this mass psychological operation continues, the justification has been given to finally stamp these ‘undesirables’ out before they becometoo much of threat.

Where do you think this path leads? What will happen when the vaccine comes out and a large portion of ‘extremists’ refuse to take it? You put two and two together.

Weak individuals have sold you and your family to The Beast. The picture is crystal clear.

The only question now is: Will they succeed in their endeavours?

Stay vigilant and make sure you keep connected to this website.