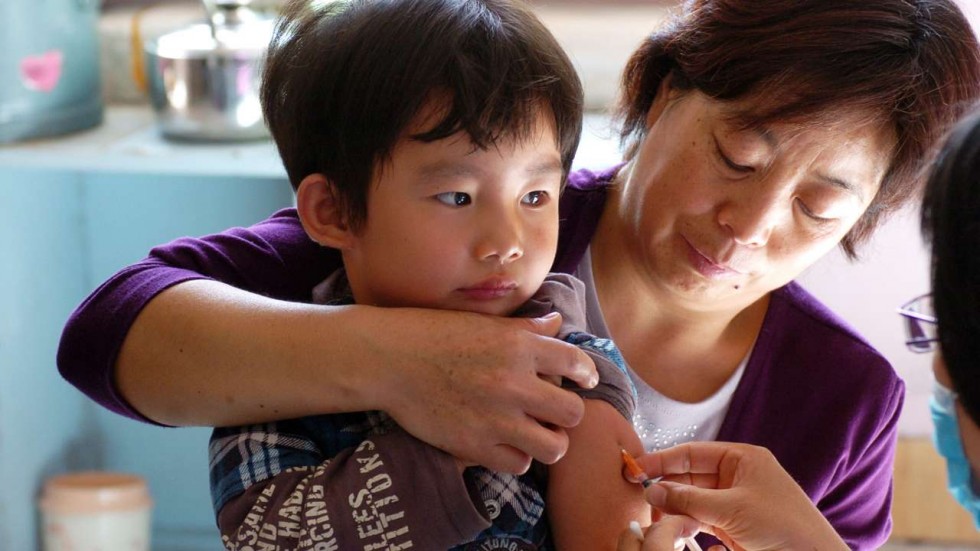 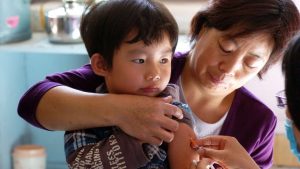 Reuters: “The Food and Drug Administration said in a statement on Sunday evening that its investigation had found that Changsheng fabricates [vaccine] production records and product inspection records, and arbitrarily changes process parameters and equipment, ‘serious violations’ of the law.”

Tainted products from China? Who ever heard of such a thing? Isn’t China the most quality-conscious nation on the planet? No?

“During an inspection, China’s State Drug Administration found Changchun Changsheng Life Sciences forged production records for its Vero cell-based rabies vaccines. The agency immediately moved to revoke the company’s GMP license tied to the vaccine—just three months after its issuance—and dispatched a team to investigate the incident on site, according to a Sunday statement…”

“In its announcement filed to Shenzhen Stock Exchange, the Changchun, China-based company said it has started recalling all unexpired rabies vaccines, even though the batches under question weren’t released to the market, and it hasn’t received any adverse event report related to the quality of the vaccines through years of monitoring.”

“Changsheng’s recent scandal comes eight months after a batch, or 252,600 doses, of its diphtheria/tetanus/pertussis (DTP) combo shot was found below the potency requirement. It also comes shortly after the company became one of the first two companies to get Chinese approvals for quadrivalent flu vaccines.”

“Besides rabies, DTP and flu vaccines, Changsheng also sells vaccines against chickenpox, hepatitis A and group ACYW meningococcal. A small proportion of its business comes from abroad, including India, Cambodia, Egypt and Belarus, among others. It’s not yet clear whether it sells its rabies vaccines outside of China.”

CNBC drops this bomb: “It [the current China vaccine scandal] is very much a case of deja vu. China’s pharmaceutical industry has been exposed to a slew of scandals recently. Zhejiang Huahai Pharmaceutical, a Shanghai-listed drug maker, found a toxic impurity called N-nitrosodimethylamine (NDMA) in ingredients it exports to medicines for treating hypertension in laboratory tests. The substance, a by-product of industrial processes, is toxic to the liver and classified as a carcinogen for its ability to cause cancer in humans.”

I issued an extensive warning about China pharma in 2017. Here it is:

In the spring of 2016, a vaccine scandal erupted in China.

“Furious parents and health care professionals in China are demanding to know how almost $90 million of improperly stored and potentially fatal vaccines were distributed across some two-thirds of the country over the past five years, in the latest public-health scandal to raise serious questions over the efficacy of the Chinese Communist Party’s rule.”

“According to state media, a mother and daughter from eastern China’s Shandong province have been caught peddling 25 kinds of unrefrigerated vaccines — including for polio, mumps, rabies, hepatitis B, encephalitis and meningococcal diseases — to medical facilities across 24 Chinese provinces since 2010.”

“Inflaming the public backlash, authorities had apparently known about the case since last April, though only publicized the news late Friday in a belated attempt to trace potential victims. Moreover, the elder suspect, a 47-year-old woman surnamed Pang, had apparently been convicted of the same offense in 2009 but only received a suspended sentence. State media admitted the compromised inoculations could have resulted in paralysis and even death.”

“’Twenty-four provinces, five years already, and how many children! It’s been nearly a year and then they reveal this! Isn’t this genocide? Words cannot express how angry I am!’ posted one user of China’s Twitter-like microblog Weibo, reports the BBC.”

“’This is a matter of life and death,’” one Beijing-based doctor told Radio Free Asia. ‘They should make an announcement about this as soon as possible … so we can locate these items and cut off the supply, so no more people are harmed.’”

The NY Times, reporting on the China scandal, and relying on the World Health Organization (a PR front for the vaccine industry) took an assuring tone:

“Despite such fears, the tainted vaccines are more likely to be ineffective than harmful…The World Health Organization has said that outdated or poorly stored vaccines rarely if ever trigger illness or toxic reactions. Chinese government investigators said last week that they had not found any cases of adverse reactions or spikes in infections linked to ineffective vaccines.”

Perhaps editors at the NY Times and the World Health Organization would like to prove their faith and confidence by taking shots in the arm of those spoiled vaccines.

Now, here are quotes from an excellent article by Marco Caceres at thevaccinereaction.org (4/13/16). The article points up the uncertainty about whether processed and/or raw vaccine ingredients are entering the US from China:

“The past few weeks, there have been a series of news reports coming out of China revealing that thousands of doses of improperly stored and expired vaccines for children and adults were illegally sold for millions of dollars on the black market by more than 100 people associated with Chinese companies and vaccination centers.”

“Most Americans do not understand that many pharmaceutical products, including vaccines, are not made in the United States and foreign pharmaceutical companies are not subject to U.S. Food and Drug Administration (FDA) quality control regulations.”

“It is unclear what percentage of the vaccines currently used in the United States are made by Chinese pharmaceutical companies in China or by Western companies with manufacturing facilities in China. We do know that major U.S. and European vaccine makers such as Merck & Co., GlaxoSmithKline plc, and Sanofi Pasteur SA maintain vaccine manufacturing operations in China, that this activity is on the rise, and that Western vaccine makers are also establishing joint venture partnerships with Chinese vaccine companies.”

“Consequently, it is increasingly difficult to distinguish which vaccines are manufactured by American and European firms and which are produced by the Chinese. A 2012 article in USA Today, however, did report that the FDA estimates that 80% of the ingredients in pharmaceuticals [only drugs, or vaccines as well?] produced by U.S. companies and 40% of the ‘finished medications’ Americans take come from outside the U.S. and, increasingly they come from China and India.”

“The article cited a U.S. Government Accountability Office (GAO) report that found the FDA inspects drug manufacturing facilities in China and India only once every 14 years, and that FDA inspectors are not permitted to enter those facilities unannounced. USA Today noted that, according to the GAO report, ‘Up to two-thirds of foreign pharmaceutical sites have never undergone an FDA inspection’.”

Do you want to say, “Well, the news media and the government and the experts and the doctors all tell me vaccines are safe, so I’ll go along with that. I’ll believe. And I’ll risk the future and the life of my child on that belief.”