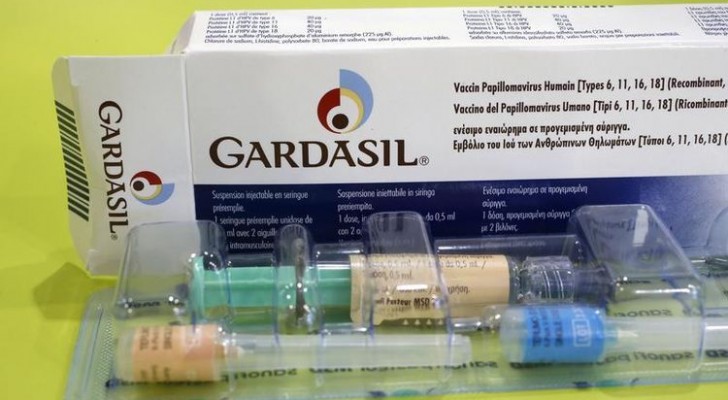 News about Merck and Co.’s human papillomavirus (HPV) vaccine, Gardasil, is relentlessly being covered by the media. One recent news story was about the abrupt removal of a peer-reviewed research paper connecting Gardasil to neurological dysfunction and abnormal behaviors by the journal Vaccine. The media story was prompted after a study titled “Behavioral abnormalities in young female mice following administration of aluminum adjuvants and the human papillomavirus vaccine Gardasil” was published by the journal on Jan. 9, 2016.

In the study, researchers divided 76 female mice into four groups. The individual groups received injections of Gardasil; Gardasil plus pertussis toxin; aluminum adjuvant alone, or a “true” placebo (as opposed to an aluminum-containing placebo typically used in Gardasil pre-licensure trials).

During three- and six-month observation periods, researchers found that compared with placebo-controlled mice, the mice injected with Gardasil or aluminum adjuvant spent significantly more time floating in the forced swimming test, which was a measure of depression used for rodents. After ruling out a connection between increased floating time and locomotor dysfunction through other testing, the researchers determined that these behavioral abnormalities were “likely due to depression.”

In maze tests, aluminum-injected mice also exhibited short-term memory impairment and increased anxiety compared with the placebo-controlled mice in other rodent tests. The research team concluded that Gardasil via its aluminum adjuvant and HPV antigens may “trigger neuroinflammation and autoimmune reactions, further leading to behavioral changes.”1

Delayed Explanation Given for Article’s Removal

Dr. Shaw noted their research went through Vaccine’s “extensive peer review process” and the journal’s editors notified them that the paper was “accepted with revisions.” He and his colleagues in Canada and Israel were very surprised when, all of a sudden, the international medical journal withdrew the article.2

When Vaccine first pulled the article, the publisher offered no explanation, saying the article was “temporarily removed.”

Weeks later, the page where the article used to be was updated to read:

This article has been withdrawn at the request of the Editor-in-Chief due to serious concerns regarding the scientific soundness of the article. Review by the Editor-in-Chief and evaluation by outside experts, confirmed that the methodology is seriously flawed, and the claims that the article makes are unjustified. As an international peer-reviewed journal we believe it is our duty to withdraw the article from further circulation, and to notify the community of this issue.3

Dr. Tomljenovic speculated that the study published in Vaccine may have been removed because of pressure from pharmaceutical firms.4

According to Health Impact News, the medical journal’s action to withdraw the article was a decision made by editor-in-chief Gregory Poland, MD. Dr. Poland is Vaccine’s editor-in-chief, who has “pro-vaccine” relationships, according to Health Impact News. His profile has a title of “the chairman of a safety evaluation committee for investigational vaccine trials being conducted by Merck Research Laboratories” and “offers consultative advice on new vaccine development to Merck & Co. Inc.” He has conducted four studies in direct affiliation with Merck, including a pro-HPV trial in 2005.5

Adding another layer to the story is the fact that the Gardasil mouse study was first submitted  to the Journal of Neuroimmunology.  That journal rejected the study after nine months of editorial review. Coincidently, Michael Racke, MD, the journal’s editor-in-chief, happens to receive personal compensation for activities with a number of drug firms, including EMD Serono Inc., a subsidiary of Merck KGaA.5

News of the study’s retraction falls on the heels of other recent HPV vaccine controversies in the media.

The Toronto Star retracted its Feb. 5, 2016, article titled “A wonder drug’s dark side.” The article highlighted individual stories from young women who endured debilitating side effects after taking Gardasil vaccine. The Star stated that the intent of the article was recognizing that, when it comes to Gardasil vaccine, “acknowledged risks are not always properly communicated.” Instead, the newspaper received both online and internal criticism that the story swayed readers too much to the “dark side” of Gardasil and ignored the hierarchy of scientific medical consensus that minimizes the importance of anecdotal evidence. Ultimately, publisher John Cruickshank made the decision to remove it from the Star’s website.

“We remain committed to this line of reporting,” Cruickshank wrote. “However, we have concluded that in this case our story treatment led to confusion between anecdotes and evidence.”6

Another story about Gardasil safety broke earlier this year after Sin Hang Lee,  MD, director of Milford Molecular Diagnostics Laboratory, sent an open open letter of complaint to Margaret Chan, MD, director of the World Health Organization (WHO). Dated Jan. 14, 2016, the letter highlighted Dr. Lee’s “grave concerns about the behavior of certain members” of scientific/medical organization, such as WHO, prior to a public hearing on HPV Vaccine Safety held in Japan. Citing documentation, Dr. Lee alleged gross misconduct in misleading the public about the side effects of HPV vaccines, particularly related to the aluminum adjuvants in HPV vaccines.7

The recently pulled Vaccine study is not the only time controversy about drug companies failing to use a true placebo in clinical trials has come up. In January 2016, the American College of Pediatricians (ACP) released a statement expressing concerns about Gardasil and its correlation to premature ovarian failure, also known as premature menopause. The ACP’s concerns are based on two case report series published since 2013 in which girls vaccinated with Gardasil developed premature menopause.

Further, there have been 213 reports of premature menopause or amenorrhea (missing menstrual periods) recorded in the Vaccine Adverse Reaction Database (VAERS) since Gardasil’s approval in 2006.

There have been 213 reports of premature menopause or amenorrhea (missing menstrual periods) recorded in the Vaccine Adverse Reaction Database (VAERS) since Gardasil’s approval in 2006. Most of these reports were directly and solely linked to Gardasil.

The ACP noted that before HPV vaccine was licensed and used widely, there were no cases of premature menopause recorded in VAERS.  The physician group also pointed out that the “placebo” used in Merck’s pre-licensure Gardasil safety trials contained two of the vaccine’s ingredients, including aluminum, instead of being a true saline solution.

4 thoughts on “Blacklisting of Gardasil Studies to Silence the Safety Debate?”