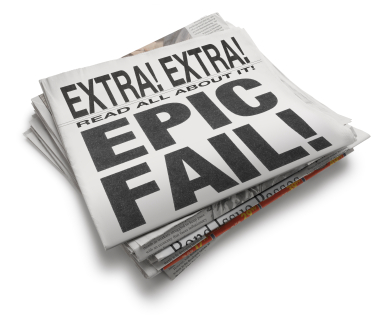 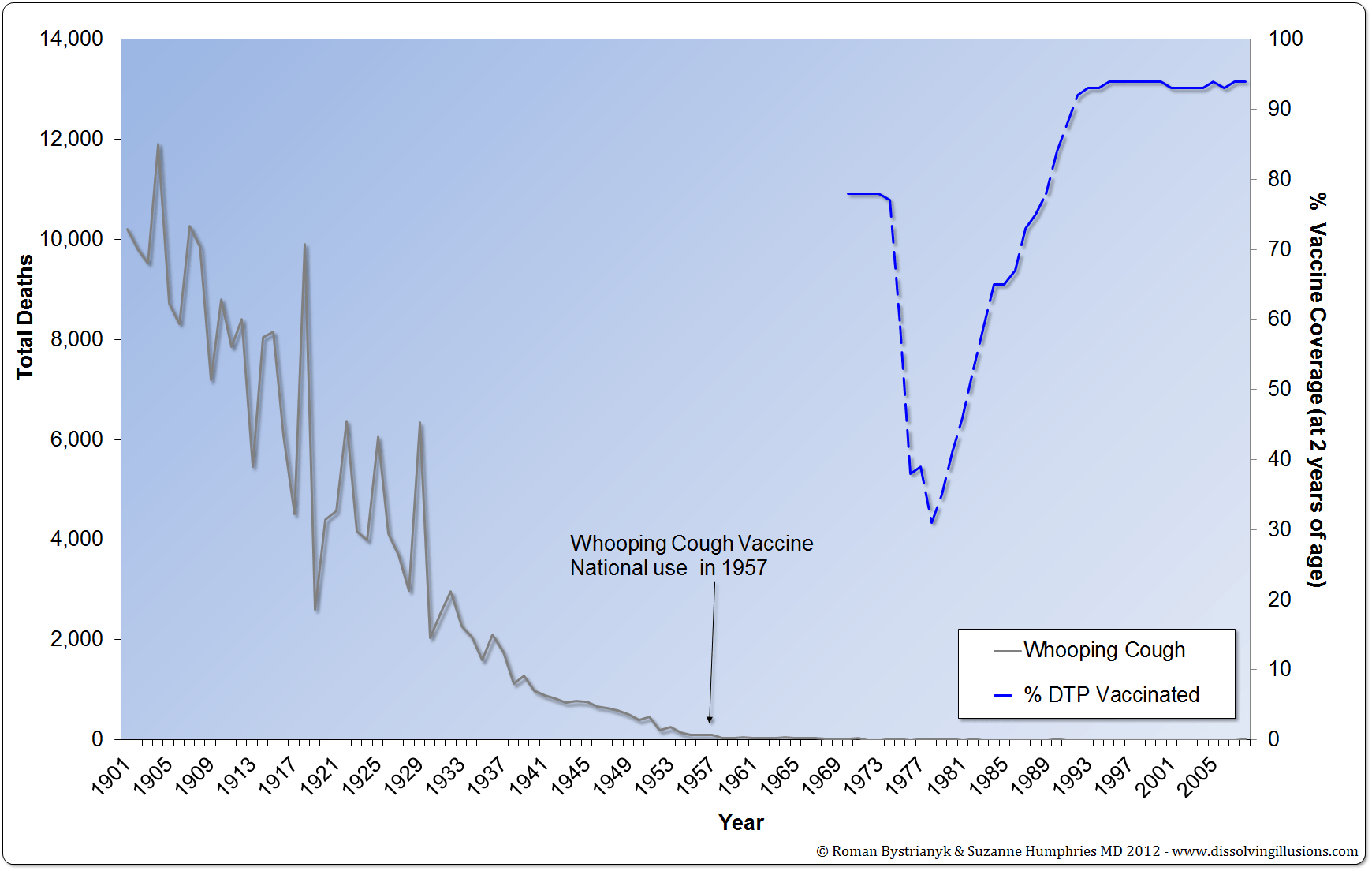 Health Impact News Editor Comments: One of the biggest news stories of 2012 and 2013 has been how outbreaks of whooping cough are primarily among vaccinated populations. In 2013, the huge news was that the current strains of pertussis are becoming vaccine-resistant. (See: Researchers find first US evidence of vaccine-resistant pertussis) The FDA also conducted studies showing how the pertussis vaccine does not stop carriers from infecting others in 2013. (See: FDA Pertussis Vaccine Study Shatters Illusion of Vaccine-Induced Immunity)

However, with this excellent research published by Dr . Viera  Scheibner  revealing that the history and science behind immunizations shows the total ineffectiveness of vaccines, we now have a record that the pertussis vaccine has never offered protection against whooping cough the entire history of the vaccine! You can read her entire research of the history and science of vaccines here,  which was extracted from her research presented in A critique of the 16-page Australian pro-vaccination booklet entitled “The Science of Immunisation: Questions and Answers.”  (You can read the entire report here.) Below, we extract the portion of this research that deals specifically with the pertussis vaccine.

Outbreaks of whooping cough (pertussis) in the vaccination era.

Right after the intense DPT vaccination that started in the mid 1970s, and right through the first decade of 2000, whooping cough outbreaks hit several US states, accompanied by similar outbreaks in all other countries that adopted intensive vaccination including Australia.

In addition to pertussis (and measles) outbreaks in fully‐vaccinated children, the outbreaks in the last thirty‐odd years have been occurring increasingly in very young babies, born to mothers who were vaccinated when they were babies and as a result they lack transplacentally‐transmitted immunity (TTI). Before the vaccine era, TTI protected babies and young children for up to two years against any infectious diseases of childhood.

Lennon and Black demonstrated that hemagglutinin‐inhibiting and neutralizing antibody titers are lower in younger women who have been vaccinated than they are in older women.(21) The same applies to measles and pertussis.(22)

Breastfed infants of vaccinated mothers in the USA have nearly three times the risk of measles infection compared to those of naturally immune mothers, even in the era of vaccination when there is supposedly less measles virus in the environment.

This is most likely the result of lower levels of virus‐specific immunity in the serum and milk in vaccinated mothers compared to naturally immune mothers. While the overall clinical case rate may have declined with measles vaccination, the most sensitive members of the herd are at an increased risk today‐ because of vaccination.

Hutchins et al. described pertussis epidemiology in the US. They wrote: 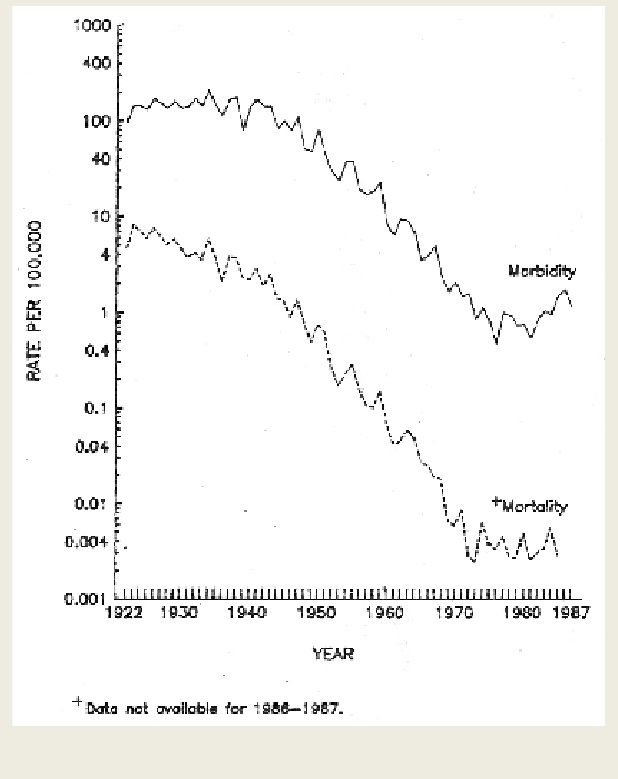 Hutchins et al. showed the reason for the increase, unwittingly, when they also wrote:

In 1978 a nationwide childhood immunization initiative was begun. Individual States passed legislation requiring proof of immunization  for school entry at 5-6 years of age.

The vaccination age started at 6‐8 weeks (and not at 5‐6 years), and large numbers of very young babies were vaccinated within a short period of time; hence the observed major increase of whooping cough in those babies straight after the first dose. 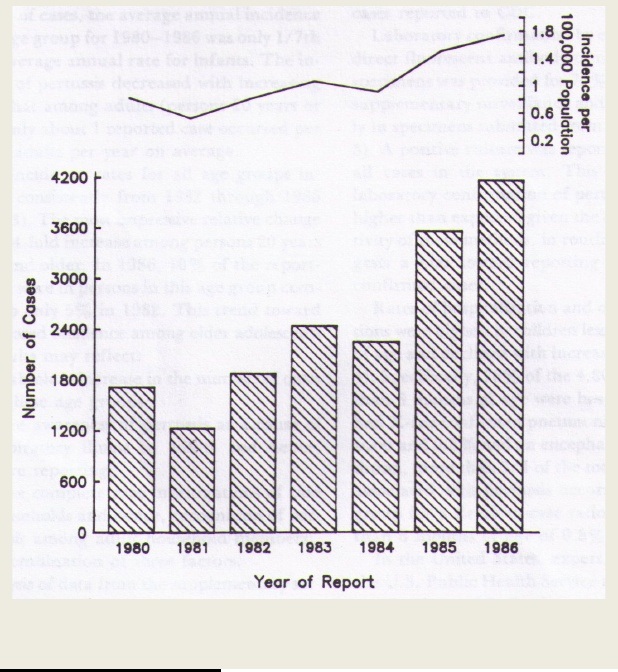 This also coincided with a sudden upsurge in cot deaths, of which the so‐called Tennessee deaths were widely publicised. Bernier(26), Walker(27), and Griffin(28) all described a number of such tragedies. Their data showed a clear clustering of these deaths along the critical days as documented by data collection of babies breathing with Cotwatch breathing monitor.(29) 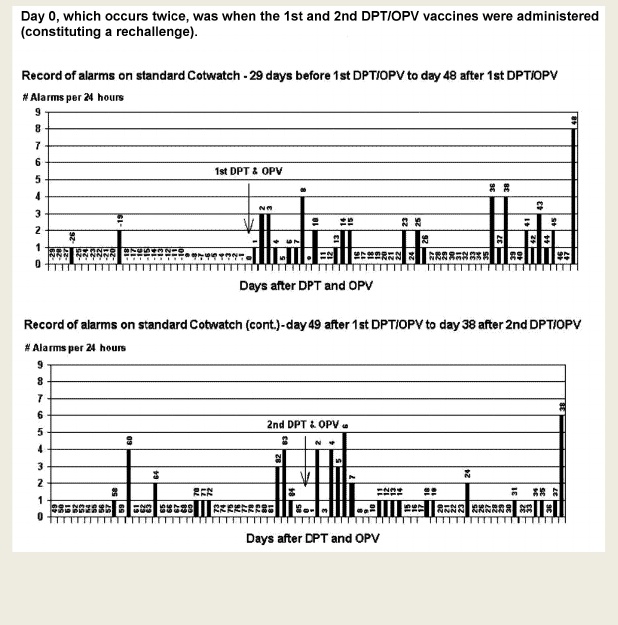 Figure 4: Record of alarms as recorded by the mother of a baby on the Cotwatch breathing monitor. 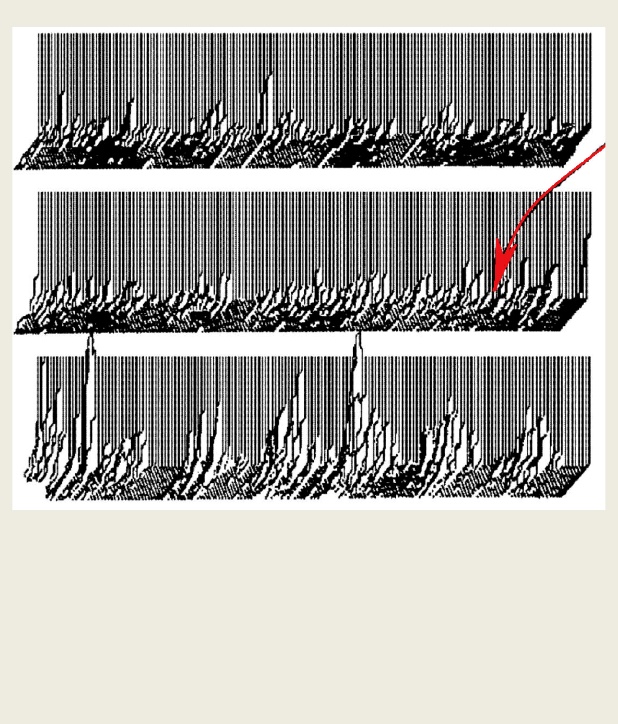 Figure 5: A “raw” record of breathing of baby one, as printed from the microprocessor Cotwatch breathing monitor. Every vertical line represents a histogram of events for one hour. Events from 6 to 15 seconds are mostly apneas (pauses in breathing), while the events above 15 seconds are mostly hypopneas (low volume breathing, which is only 5% of the volume of unstressed breathing). Hypopneas occur at critical hours in clusters of several shorter episodes within 10‐15 minutes and are associated with exposure to a great variety of stressors. The entire record represents 21 days of non‐stop monitoring in sleep. The arrow indicates the day when the DPT vaccine was administered. A marked change in the pattern and duration of events in breathing occurred after the injection. 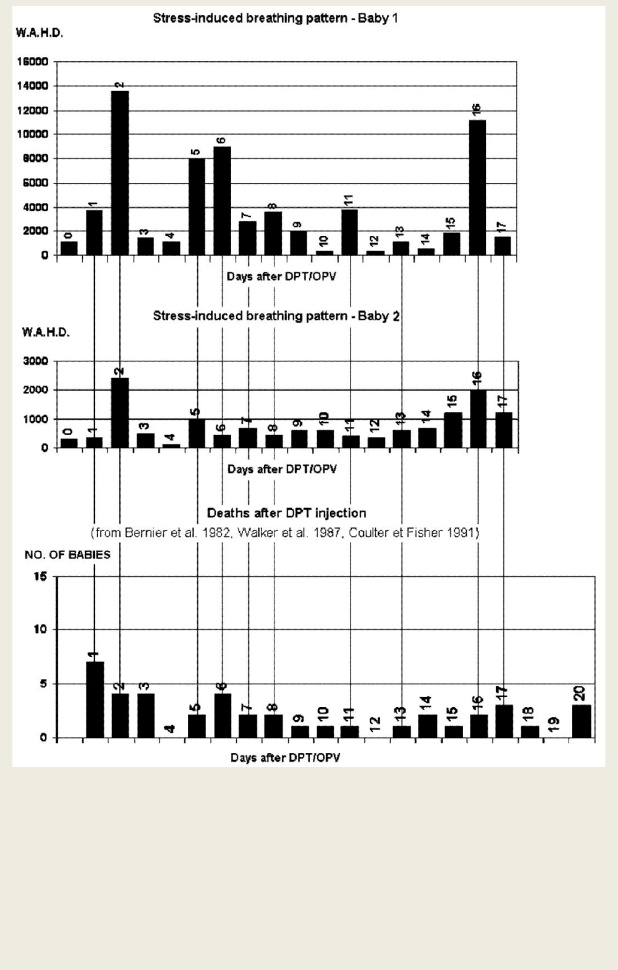 Figure 6: First and second charts: Record of events in breathing in two babies, as printed from the microprocessor Cotwatch breathing monitor. ‐ baby one had been given the third DPTP (diphtheria‐pertussis‐tetanus) and OPV (oral polio) vaccines and ‐ baby two had been give the first DPT and OPV vaccines. Third chart: Actual deaths ‐ 41 randomly listed in deaths in relation to when the last DPT vaccine had been administered. 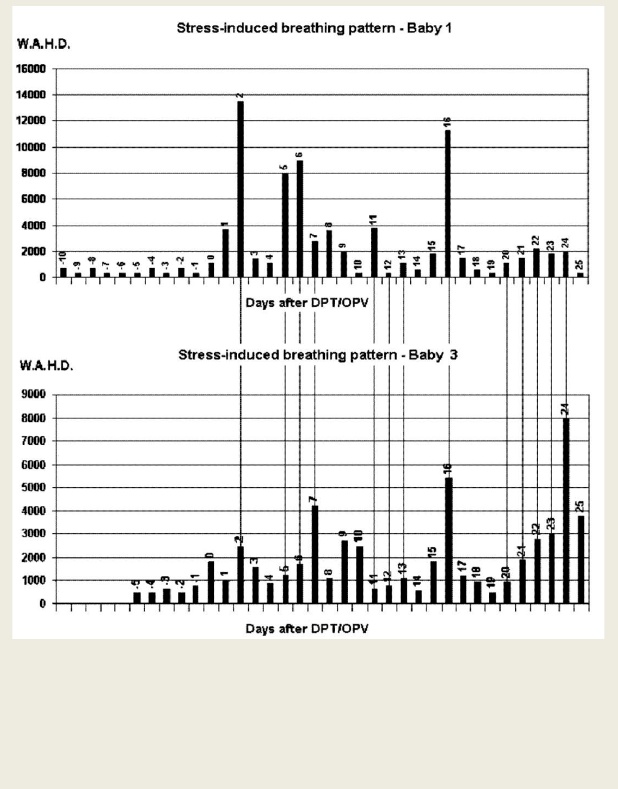 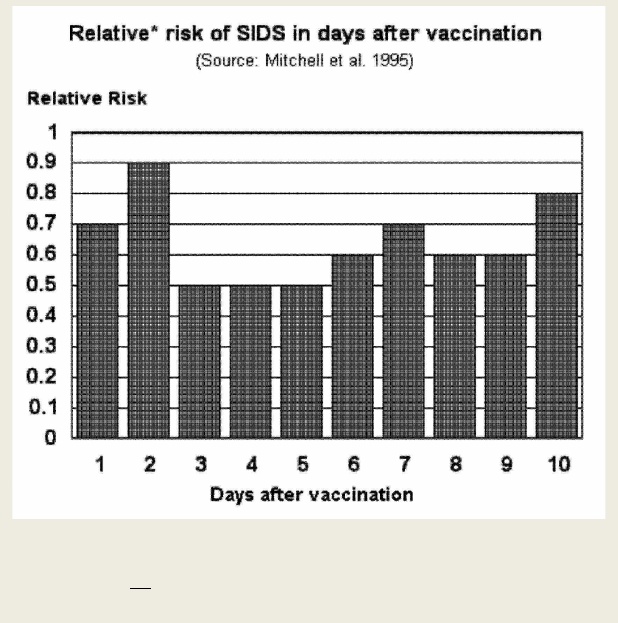 Figure 8: Relative* risk of SIDS in days after vaccination. *Note: The risk is not relative to the risk of SIDS in unvaccinated babies. What is important to note here is the recognisable pattern of critical days. 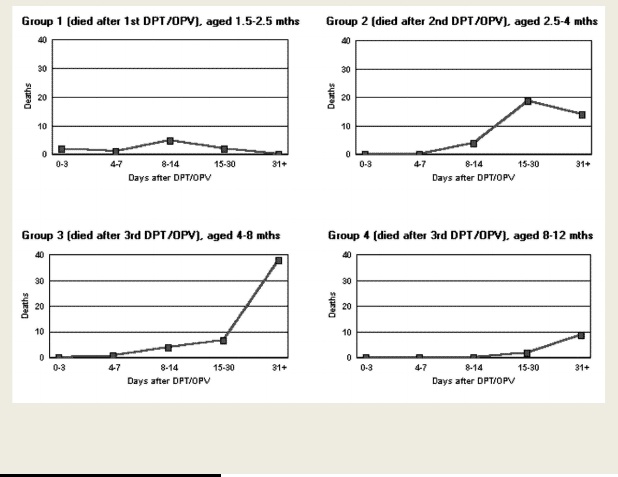 Due to the 1975 UK television program reporting on brain damage linked to DPT vaccine, the vaccination compliance fell down to 30%, or even 10% in some areas, in the UK. This was followed by the longest inter‐epidemic period with the lowest incidence of whooping cough on record.

Though overall pertussis incidence fell in England and Wales subsequent to the introduction of vaccination on a national scale in 1950s, pertussis epidemics have continued to occur regularly every 3-4 years. Since epidemic frequency is a function of the rate of influx of susceptibles, it is suprising that the interepidemic period did not decrease after the 1974 fall in vaccine uptake. One explanation for this paradox may be that pertussis vaccines are more effective in  protecting against disease than in protecting against infection.(30) 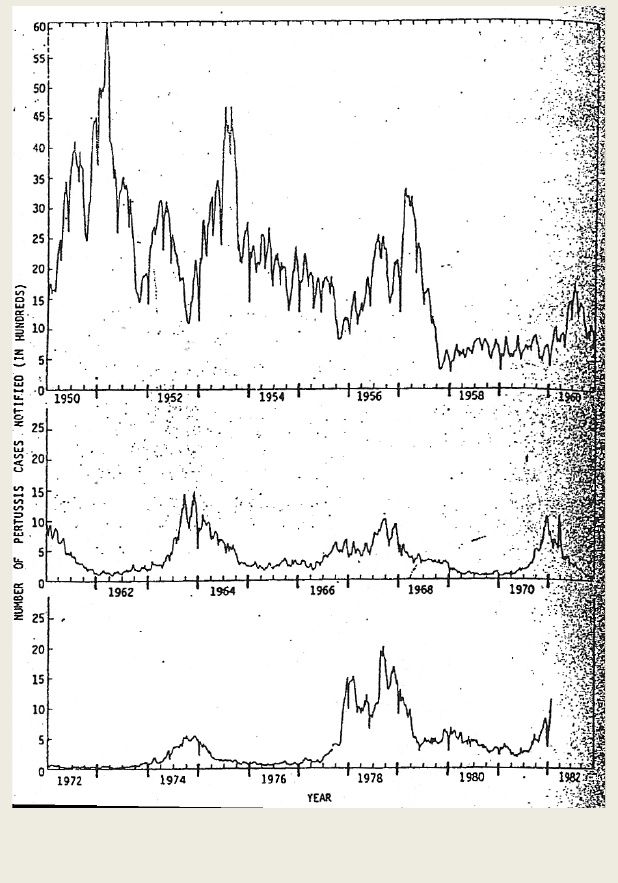 Figure 10: Weekly number of pertussis cases notified to Office of Population Censuses and surveys, from week 1 of 1950 to week 3 of 1982.

It is my opinion that the incidence of whooping cough fell worldwide in the mid 1970s due to natural dynamics, similar to those of measles, and not due to increasing levels of vaccination.

When vaccination stops, the incidence of the targeted disease returns back to normal dynamics. This explanation is supported by another observation in the UK and former West Germany. Miller and Farrington wrote:

In the West Germany unlike the UK, there are no national statistics on  pertussis incidence, no national vaccination policy and no figures for vaccine uptake. . . vaccination rates are low and pertussis is prevalent,  particularly in the 2-4 year age group, which is typical of a country with low vaccination uptake; similarly serotype 2 predominates. . . The age distribution was similar to that of cases reported in the UK during 1978 when vaccine uptake was at it’s lowest with the highest  proportion occurring in children aged 2-4 years.(31)

Figure 11 (32) is very instructive. The facts point strongly against the presumed benefits of vaccination. 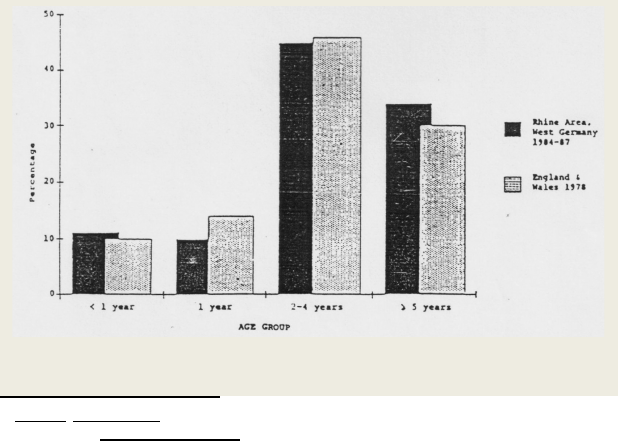 The dynamics of vaccine uptake as described above are also reflected in the dynamics of infant deaths after four weeks in England and Wales. According to Macfarlane: 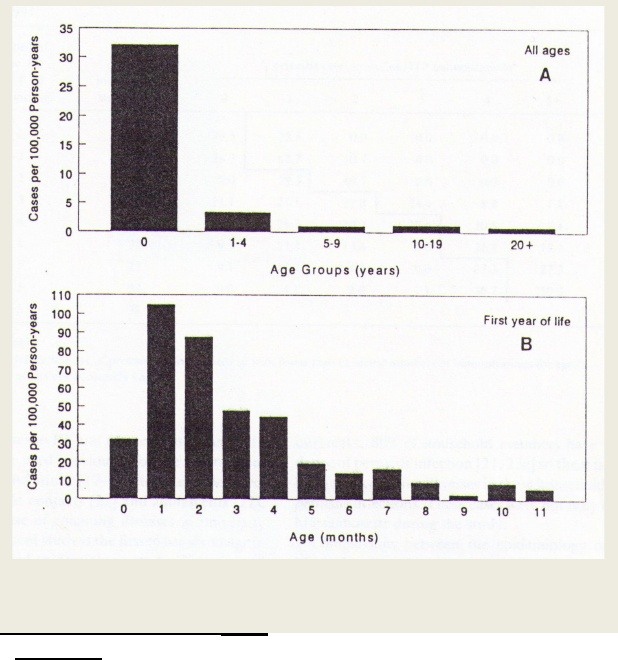 In contrast, Marchant et al. described inter alia the age incidence of pertussis in Massachusetts in a ten year period 1981‐1991(34) and demonstrated in figure 12 that the highest incidence of bacteriologically‐confirmed pertussis was below the age of one; however, the breakdown in months showed the highest incidence was just after the first and second doses of DPT, with rapid decline afterwards. Equally revealing was the high incidence of pertussis below the vaccination age, in small babies (0 to 6 weeks), this being due to the lack of TTI documentedly caused by the deleterious generational effect of vaccination.(35)

Sutter and Cochi studied pertussis hospitalisations and mortality in the United States between 1985 and 1988 and concluded that there was substantial under‐reporting of pertussis in the US.(36) This of course would have inflated the perceived effectiveness of vaccination. They wrote that based on their indicators, the national health impact of pertussis is considerably higher than previously published reports suggested. Applying the age‐specific hospitalisation rates, 187,867 to 515,930 cases of pertussis may have occurred during the study period, instead of only 14,057 cases reported to the CDC. They concluded that using different methods of estimation, approximately 121,340 cases of pertussis may have occurred during the study period, indicating 11.6% vaccine efficacy. Considering that the pre‐vaccine era pertussis occurrence was in the order of 240,000 cases, vaccination has made no inroads into the pertussis incidence.

Williams et al, made a statement about infants who died:

Infants were less than six weeks of age and died from overwhelming cardiovascular respiratory compromise despite intensive care support. . .The excessive infant mortality from a preventable disease demonstrated the need for better pertussis immunity in the community and for erythromycin treatment of all suspected cases and  family contacts.(37)

But, their own data showed something completely different! All four babies were doing OK until they were admitted in hospitals and put on intravenous broad‐spectrum antibiotics. The causal link to the administered antibiotics was clearly shown because the downhill slide followed closely the days when the offending antibiotics were administered.

Moreover, some of the mothers and siblings had whooping cough at the time of the infant’s births, despite being fully vaccinated. One sibling’s vaccination status was uncertain, but he was very likely vaccinated as part of the highly vaccinated generation.

Romanus et al. wrote that discontinuation of pertussis vaccination in 1979 in Sweden was followed by a low endemic level of pertussis for 3 years.(39) Thereafter the incidence gradually increased and there were two outbreaks in 1982‐1983 and 1984‐1986. In epidemic years, however, the incidence in infants and small children below the age of one year was very low (11%). The majority of cases (69%) occurred in older children up to 6 years, meaning: when Sweden stopped pertussis vaccination between 1979‐1990, the disease incidence returned back to normal, with most cases occurring at the optimal age.

In contrast to this, when Sweden trialled the acellular pertussis vaccines for the second time (1990‐ 1995), as soon as the trial babies were vaccinated, there was a major outbreak of pertussis in those very young babies.(40) Since 82% of the entire live birth cohort participated in this trial, the pertussis epidemic reached noticeable proportions.

The acellular pertussis vaccine failed to make any inroads into pertussis incidence, as witnessed in Sweden: already during the [second] trials of that vaccine, the infant recipients contracted whooping cough which prompted discontinuation of the trial well before the planned date.(41) This is particularly instructive since during the eleven years without usage of pertussis vaccines (1979‐1990) – babies under one year of age did not contract whooping cough and 90% of cases occurred in the ideal age group between 5‐10 years.(42)

Despite high vaccination compliance, there remained a high persistent level of pertussis in regular 3.5 year epidemics. Vaccines made no inroads into incidence of pertussis as demonstrated in figure 13: 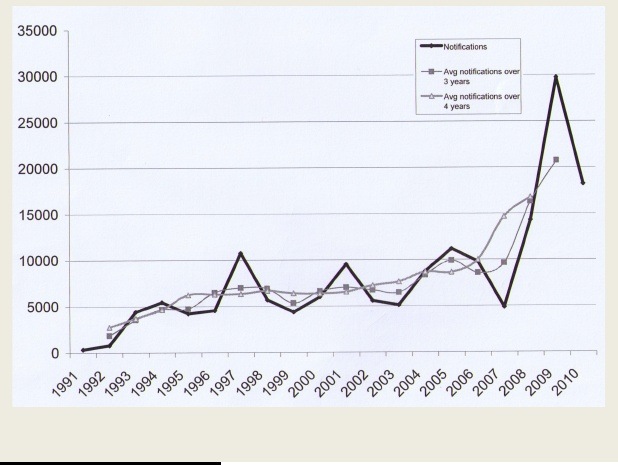 Read the full history and science of vaccines here. 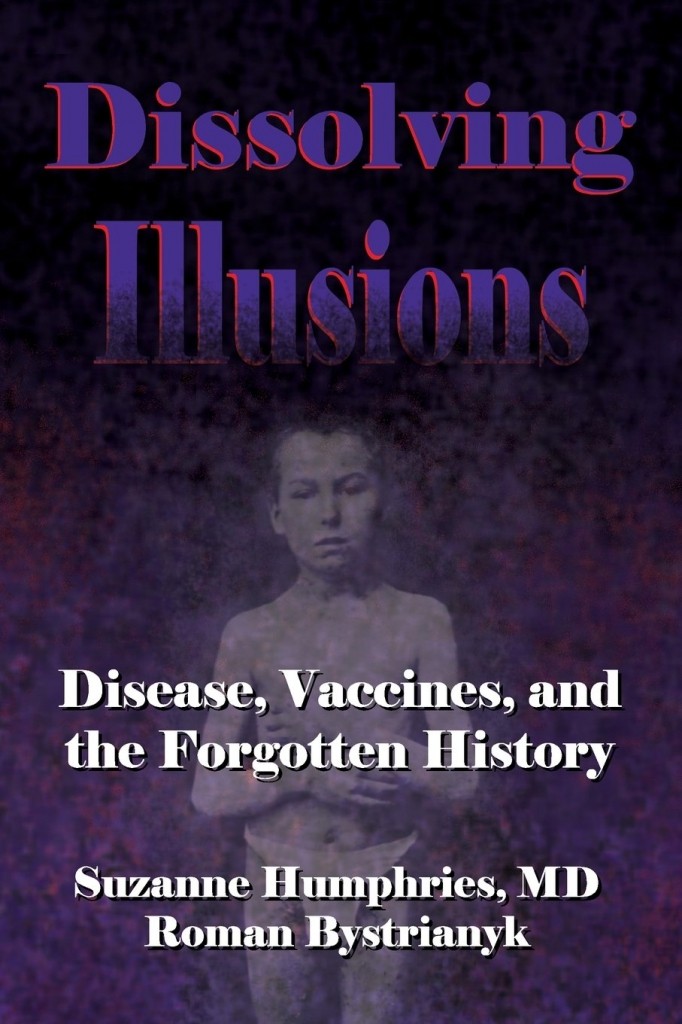