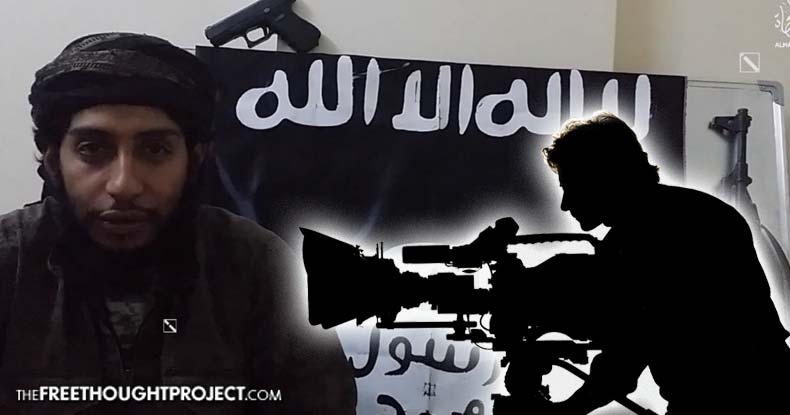 According to a new joint investigation by the Sunday Times and the Bureau of Investigative Journalism, the Pentagon paid a PR firm based in the U.K. over half a billion dollars to make fake terrorist videos in Iraq as part of an enormous propaganda campaign.

PR firm Bell Pottinger fabricated short TV segments designed to imitate Arabic news networks and “fake insurgent videos which could be used to track the people who watched them, according to a former employee,” reports the Bureau.

Besides the Pentagon, Bell Pottinger’s list of clientele reads like the who’s who of unsavory characters — Chilean dictator Augusto Pinochet’s foundation, Margaret Thatcher, and the government of Saudi Arabia, for example.

Bell Pottinger’s former chairman, Lord Tim Bell, reportedly confirmed to the Times collaborated on a “covert” military operation “covered by various secrecy agencies” — and reported to the CIA, the Pentagon, and the National Security Council.

According to the report, the firm was brought to Iraq and began working shortly after the United States first invaded, under the condition it negatively portray Al Qaeda — and then track who watched the propaganda.

Both the White House and General David Petraeus, then commander of coalition forces in Iraq, signed off on the program — thus the president was almost certainly well aware of its existence.

“In the first media interview any Bell Pottinger employee has given about the work for the US military in Iraq, video editor Martin Wells – who no longer works for the company – told the Bureau his time in Camp Victory was ‘shocking, eye-opening, life-changing,’” the Bureau reports.

By tracking U.S. Army contracts, records of federal procurement transactions, reports for the Department of Defense Office of Inspector General, corporate records from Bell Pottinger, and more, the Bureau was able to discover the extent of the program.

One military contractor, who spoke with the outlet to explain the three types of labels given to media operations, or Ops, used in Iraq during that time, said: 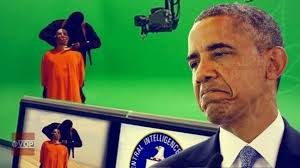 “White is attributed, it says who produced it on the label. Grey is unattributed and black is falsely attributed. These types of black ops, used for tracking who is watching a certain thing, were a pretty standard part of the industry toolkit.”

Records revealed the operation involving the PR firm cost well over $100 million each year — and at its height, employed more than 300 British and Iraqi staff.

All told, the Bureau “identified transactions worth $540 million between the Pentagon and Bell Pottinger for information operations and psychological operations on a series of contracts issued from May 2007 to December 2011.”

A former Bell Pottinger employee, Martin Wells, discussed his unusual job with the Bureau in an interview, saying he had no idea what the job was about when he came on board in 2006.

“You’ll be doing new stuff that’ll be coming out of the Middle East,” the video editor was told by his agent.

“I thought ‘That sounds interesting,’” Wells recalled. “So I go along and go into this building, get escorted up to the sixth floor in a lift, come out and there’s guards up there. I thought what on earth is going on here? And it turns out it was a Navy post, basically. So from what I could work out it was a media intelligence gathering unit.”

For the ‘grey ops’ portion of the work, the employees crafted television commercials showing Al Qaeda negatively, and others involved making segments designed to look as if they’d been “created by Arabic TV,” Wells noted.

Bell Pottinger film crews went on location to tape low definition bombings by Al Qaeda, which would then be edited appropriately for believability, voiced over in Arabic, and distributed to TV stations in the region — though the outlets weren’t always made aware of the American involvement in such segments.

“The third and most sensitive programme described by Wells was the production of fake al Qaeda propaganda films. He told the Bureau how the videos were made. He was given precise instructions: ‘We need to make this style of video and we’ve got to use al Qaeda’s footage,’ he was told. ‘We need it to be 10 minutes long, and it needs to be in this file format, and we need to encode it in this manner.’

“US marines would take the CDs on patrol and drop them in the chaos when they raided targets. Wells said: ‘If they’re raiding a house and they’re going to make a mess of it looking for stuff anyway, they’d just drop an odd CD there.’”

Those CDs were made to play using Real Player, which connects to the Internet to operate, and, as Wells told the Bureau, ‘the team embedded a code into the CDs which linked to a Google Analytics account, giving a list of IP addresses where the CDs had been played.’

Only three people had access to who was tracked in this way, he explained — himself, a U.S. military commander, and a senior manager at the PR firm.

Bell Pottinger did work for the DoD under the Information Operations Task Force, the Pentagon confirmed for the investigation, but insisted the information it distributed was “truthful.”

Wells explained to the Bureau, “We’d get the two colonels in to look at the things we’d done that day, they’d be fine with it, it would then go to General Petraeus. If [Petraeus] couldn’t sign off on it, it would go on up the line to the White House, and it was signed off up there, and the answer would come back down the line.”

Clearly, the military would have interest in shifting the regional narrative in its favor — but continued government hijacking of the media seems at best highly questionable, and at worst, detrimental to the very idea of a free press.

Bell Pottinger cut ties with the U.S. military propaganda operation in 2011, when the unit it worked with left Iraq.