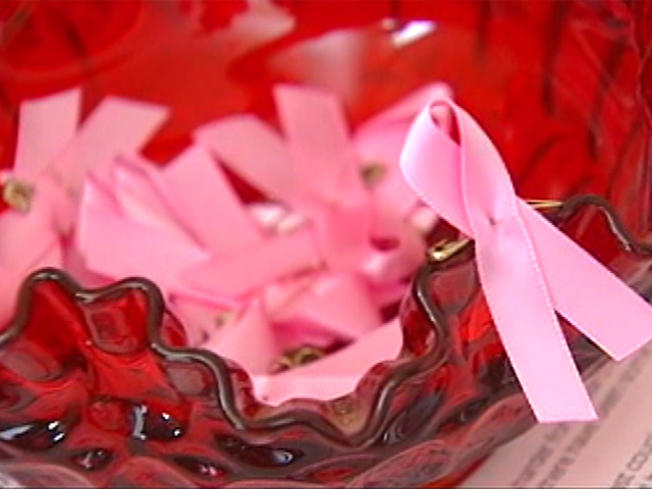 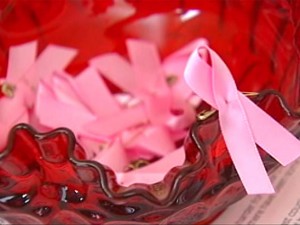 Yes, all over the world it’s Pink Ribbon Time again. Welcome, wherever you live, to Breast Cancer Awareness Month, 30 days of lies, hype and hypocrisy.

.Let’s start with the bottom line: Breast Cancer Awareness Month is nothing more than a crass, but beautifully designed money-making sham designed to keep the cancer profits rolling in. It is pink-a-fied fear-based marketing and it is brilliant!

.It has nothing, absolutely nothing, to do with either the prevention or cure of breast cancer because both of those would be very, very bad for business.  And Breast Cancer Awareness Month is nothing but a deceptive, dangerous marketing ploy designed to benefit, first and foremost, the mammography industry and the makers of the expensive, ineffective and dangerous drugs that women are given to “treat” or “prevent” breast cancer.

.Using mammograms to “prevent” cancer, of course, makes no sense whatsoever, given that exposing breast tissue to mammogram radiation is a known cause of breast cancer.
.
In fact, each annual mammogram in a pre-menopausal woman increases her chances of developing cancer by 1% – and the effect is cumulative. 10 mammograms?  10% increase in your chances of getting breast cancer.

.As you well know, however, if you have been listening to Natural Solutions, taking sufficient Vitamin D, getting enough exercise and eating a healthy diet while managing stress well are the best methods to prevent breast cancer.

.Mammography is, of course, highly inaccurate, missing about 1/3 of all breast cancers (false negatives) AND misdiagnosing an equal number of NON-cancers as false positives.  It would be better if you just flipped a coin…

.The tragedy of missing a cancer or the disaster of treating a cancer that does not exist will be a reality for about 2/3 of the tumors involved.  That means that, at best, this cancer-causing procedure will get a grade of about 40 out of 100.  But we keep running for the cure, don’t we.

.Just where did Breast Cancer Awareness Month come from, anyway?

.Here’s the official, but highly inaccurate, line: “Breast Cancer Awareness Month (BCAM), also referred to in America as National Breast Cancer Awareness Month (NBCAM), is an annual international health campaign organized by major breast cancer charities every October to increase awareness of the disease and to raise funds for research into its cause, prevention, diagnosis, treatment and cure. The campaign also offers information and support to those affected by breast cancer.”[1]

.Um, charities?  AstraZenica is a charity?  Hardly.  It’s hardcore Big Pharma, to the Max.  AZ makes tamoxifen and other cancer-causing, but very expensive, breast cancer drugs. For example, the NFL, not quite a charity, creates a sea of pink and donates money raised through its “Catch for the Cure” campaign.  In 2012 the NFL donated $1.5M to the American Cancer Society, which suppresses, not supports, real cures for cancer that do not involve money makers like chemotherapy.  That was, by the way, 0.0188% of the NFL’s operating revenue.  Charity begins at home, but surely does not extend to the football stadium!

.Then there’s General Electric, maker of mammography devices.  GE also fails to quality as a charity but it is making out handsomely since every woman “needs” mammograms and that means we all need  lots more GE mammography devices at about $1M per.

.Last year, the Koman Foundation claimed net assets of $429,302,116.  What did they actually do with this substantial amount of money besides market and pay for themselves?  Hard to tell, despite the beautifully designed and compelling brochure of their annual report.[2]

.After all the puffery has been swept aside, the answer appears to be, “Not much!”

.You see, cancer is really relatively easy to treat and cure.  I know.  I have practiced drug free medicine for more than 45 years and this is an area of special pride for me.

.But all of these organizations have one common agenda: milk the breast [cancer] for all that it is worth – and it is worth a LOT of money.

.If any of these organizations were truly interested in your breast health, they would supply thermography devices, not mammography.  If they were interested in a cure, they would be sponsoring trials of natural methods, from Vitamin C intravenous treatment to DMSO to GcMAF and beyond.  But that would mean sacrificing their profits for the common good of humanity.

.Oops!  What was I thinking! That’s not going to happen.  Not while there are “cures” to run for!

.Where did this brilliant marketing ploy come from? NBCAM was founded in 1985 as a partnership between the American Cancer Society (whose by laws are widely believed to require it to disband in the event that a cure for cancer is actually found[3]) and the pharmaceutical division of Imperial Chemical Industries (now part of AstraZeneca, producer of several anti-breast cancer drugs including the hugely profitable tamoxifen, listed by the WHO as a carcinogen).

.World-wide2001 sales of tamoxifen in 2001 were $1.024 billion.[4] Once the patent expired in 2002, tamoxifen is now available globally as a generic drug. By 2004, tamoxifen had become the world’s largest selling hormonal drug for the treatment of breast cancer.[5]

.The aim of the NBCAM from the start has been to promote mammography as the most effective “weapon” in the fight against breast cancer.

.But let’s take a quick recap look at mammograms:

.Mammograms do not save lives. They CAUSE cancer!

.Screening is not prevention.  Never was, never will be.  Women who are screened are 38% more likely to have breast surgery, post-screening, than women who did not have mammograms, but the survival rate of post-mammography women is much the same as that of unscreened women.  This suggests to me that the mammography group actually fared worse since they were more likely to have nothing wrong with them despite lumps “discovered” on examination, which did not exist. That says to me that extra women died in that group to equal the number of women who died from breast cancer without benefit of irradiated breasts.

.Corporations make money when you are sick, not well, and real prevention would take money out of the pockets of those dedicated illness industries that pretend your healthy pinkness matters to them.  It doesn’t. But your breast cancer certainly does.

.So let me ask you one more time: How about some Pink Ribbon to wrap up your coffin?

.Yours in health and freedom,

.PS – And you know when Pink Month is over, it’s time for the Annual Flu Scare… time to get your Flu Vaccine — not! Sex sells.  Fear sells even better. And they want you to be in fear.

.It’s time to assert your courage and assert YOUR right to Informed Consent! Do so here: http://DrRimaTruthReports.com/AdvanceVaccineDirective

[3] I could find no such clause in the bylaws: http://www.cancer.org/acs/groups/content/documents/document/acspc-031718.pdf