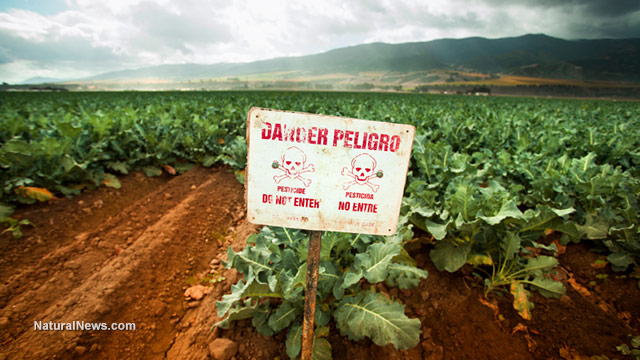 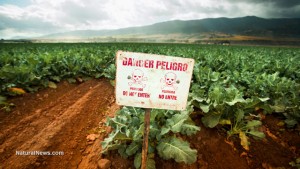 As we have covered extensively in recent months, Monsanto’s herbicide glyphosate, the primary ingredient in their top-selling product Roundup has been proven to cause cancer. Now, according to new reports, the chemical doesn’t even work and is creating a new resistance in weeds that make them more resilient and more difficult to get rid of.

Nebraska farmer Mike Pietzyk recently discussed how the weeds are becoming resistant to Roundup in a recent interview with Chemicals And Engineers News.

“The days of going out and spraying RoundUp twice a year—those are long gone,” he said, adding that he was forced to use a cocktail of different chemicals, some of which are even more dangerous than Roundup. Pietzyk and other farmers are now seeking new solutions to avoid the harsh pesticides used in conventional farming.

“People in urban areas and towns need to understand—we live here, we drink the water under the ground out here,” he says. “We want to be good stewards of what we’ve been entrusted with,” he said.

According to U.S. weed scientist, Dallas Peterson, one type of weed, in particular, called Palmer amaranth, has become especially resistant to pesticides and is overgrowing farms across the country.

Complaints of herbicide-resistant weeds have become so common that the House Agriculture Committee has scheduled a meeting on December 4th to specifically address the situation.

Roundup, formulated to be used on GMO or “Roundup Ready” crops engineered to be resistant to it, is the most widely used herbicide in the world. It was originally introduced in the 1970s to control weeds and then took off when the planting of GMO crops skyrocketed in the past 15 years.

In a statement released earlier this year, the World Health Organization’s International Agency for Research on Cancer (IARC) announced that glyphosate, the main ingredient in Roundup, is “probably carcinogenic.”

John Vibes writes for True Activist and is an author, researcher and investigative journalist who takes a special interest in the counter culture and the drug war.

This article (Monsanto’s Cancer Causing Herbicide Doesn’t Even Work, Actually Makes Weeds Stronger) is free and open source. You have permission to republish this article under a Creative Commons license with attribution to the author and TrueActivist.com.