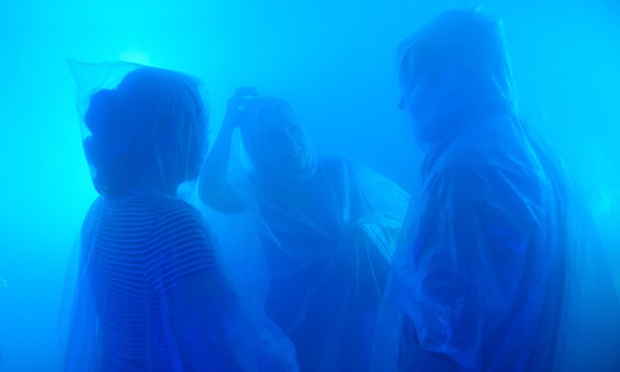 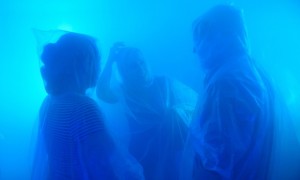 A Brisbane show director will fill a room with gin and tonic vapour for guests to absorb through their eyes and lungs.

It will form part of the Fear & Delight dinner and stage show at Brisbane festival from Friday until 25 September.

The show’s director, Scott Maidment, said the cloud of gin and tonic was intended to be a stimulating experience for the senses, rather than a new way to get drunk.

“It’s also about tasting the juniper berries and things like that that are in gin and tonic,” Maidment said. “It’s actually healthier for you they say, because it’s not affecting your liver.”

From Singapore to Congo, Brisbane festival takes a world view in 2015

Maidment said the mist’s creator, UK-based culinary architects Bompas and Parr, had biochemists and respiratory experts from the Centre for Altitude Space and Extreme Environment Medicine calibrate the ratio of alcohol to mixer.

He said people would have to stand in the cloud room for 40 minutes to absorb the equivalent of a large gin and tonic, but festivalgoers won’t be in there for that long.

No patrons at Bompas and Parr’s permanent vapour bar in London or a similar one set up recently at Fear & Delight’s Adelaide show had any complaints, he said.

But the reassurances haven’t convinced University of Queensland’s Drug Research and Education Centre’s director Professor Jake Najman who insisted too little was known about the health effects of breathing in alcohol.

“It’s not a good idea because what you’re doing is inhaling and rapidly absorbing a toxic chemical, which is carcinogenic,” he said.

The Fear & Delight show will include other aspects designed to shock, including food being served in buckets, tomato consommé presented in a syringe and a stage performer wearing a noose around his neck attached to helium balloons.

“It allows us to look at culinary experiences and things that we might be afraid of, and transforms them into delight,” Brisbane festival artistic director David Berthold said.