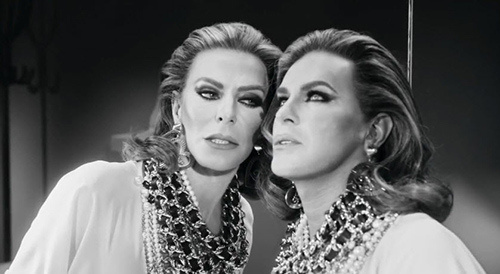 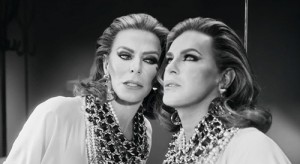 Transgenderism, like homosexuality and pedophilia, is now being mainstreamed by the American media and taught in American schools. The reason for this is that the media are owned by luciferian jews who truly worship lucifer and take great delight in turning the Creator’s design on its head. By undermining the magnificence of the complimentary nature of man and woman, they are trying to distort Mankind’s ability to have healthy relationships and connect with authentic human love. The promotion and “normalization” of transsexualism is a direct assault on nature and the beauty of how we create life.

Moreover, through pornography (which also happens to be owned and controlled by luciferian jews), they are encouraging Mankind to behave from base, carnal impulses, which distorts the way we interact with and view each other and wreaks havoc with the psyches of future children, most of whom are conceived as a side effect of carnality and gestated in wombs where they are not wanted.

It is imperative that we see through the manipulation. The situation with Bruce Jenner is NOT normal. It has been DESIGNED by the luciferians in an attempt to mind-control people (especially children that are watching this shit on TV) and convince us that SURGICAL ALTERATION OF GENITALS and a refusal to accept the biological anatomy that was given to us by the Creator is “cool” and “courageous.”

It is neither. In the case of Bruce Jenner (and I would venture to say in the case of many other transsexuals) the alteration of genitals comes AFTER the creation of ALTER PERSONALITIES through trauma-based mind-control.

Please read the following articles to understand what has really happened to Bruce Jenner and the means by which an otherwise healthy man can be turned into a transgendered woman — all through the use of extreme torture, dissociation, and the creation of “alters.”