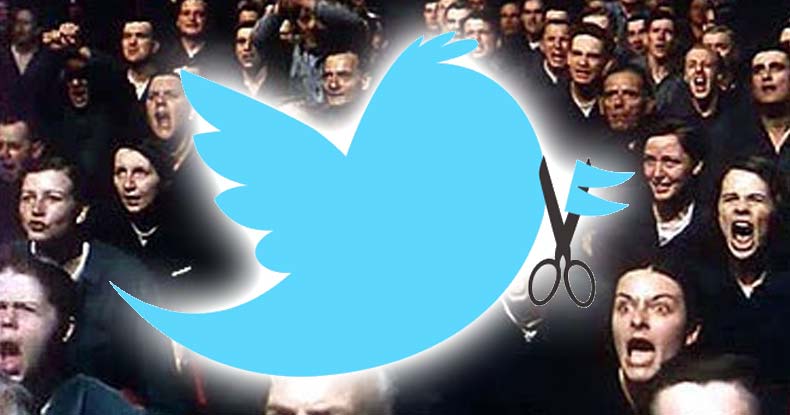 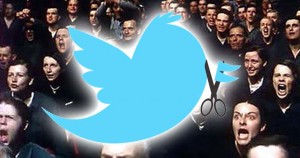 Twitter announced it will be joining in the pro-censorship campaigns currently sweeping social media under the familiar guise defenders of liberty and free speech love to hate: terrorism.

Twitter’s version of the Thought Police, however, sounds somehow even more Orwellian than the original: The Trust & Safety Council — which will, unsurprisingly, “work to develop policies censoring speech on the site,” as the Washington Examiner described.

“To ensure people can continue to express themselves freely and safely on Twitter, we must provide more tools and policies,” the social media’s statement paradoxically begins. “With hundreds of millions of Tweets sent per day, the volume of content on Twitter is massive, which makes it extraordinarily complex to strike the right balance between fighting abuse and speaking truth to power.”

President Obama has called on social media sites to join the fight against terrorism, which essentially translates into a censorship push. And as with any push for censorship, though the premise might be rooted in laudable intent, the reality almost always ends in a clamp down on those who choose to voice less popular opinions — and, if allowed to continue without careful oversight, eventually ensnares almost all dissenting views.

Worse still, the practice of employing the community-at-large as its own watchdog creates a pervasive atmosphere in which individuals self-censor — one of the more insidious ways free speech can be curbed.

While Twitter’s explanation of the Trust & Safety Council appears warm and all-inclusive, its language presents evidence of a seriously slippery slope, stating certain groups maintain an “acute to need prevent abuse, harassment, and bullying” among other issues.

One of the Council’s inaugural members is the Dangerous Speech Project — whose website arguably sounds more frightening to free speech advocates than the subject matter it purports to do battle with.

“Inflammatory public speech rises steadily before outbreaks of mass violence, suggesting that it is a precursor of, or even a prerequisite for violence,” states the uncited and unverifiable homepage. “In many cases, a few influential figures turn their own people against another group, using speech that has a special capacity to inspire violence: Dangerous Speech.” Further, it states, “Violence may be prevented by diminishing such speech …”

Though Twitter certainly has every right to dictate its own policy for speech or anything else it deems necessary, this group Thought Police Council is nonetheless indicative of the disturbing trend toward making censorship acceptable in myriad forms. It’s not as if a single group or person has infallible judgment for determining what is worthy of being removed from a public platform, after all.

Two pertinent quotes from Orwell, himself, come to mind in this situation. First, “If liberty means anything at all, it means the right to tell people what they do not want to hear.”

Second, and more imperatively still, “If large numbers of people believe in freedom of speech, there will be freedom of speech, even if the law forbids it. But if public opinion is sluggish, inconvenient minorities will be persecuted, even if laws exist to protect them.”

As always, we would be wise to heed Orwell’s sharp portent.

@gus: The mark of the beast is found in Revelation 13:16-18: "Also it caus...
cuddy45: NSW sends 300 ADF troops to enforce Sydney lockdown: Where is the law ...
Joseph Walker: I'm also being tortured by my neighbors over me....
lora marsh: Yes, so no what do I do....I am one who has been sick since the second...
@gus: The EU Commission on the 16 April 2021 admitted. "Since no Virus isol...
@gus: It is unbelievable the garbage coming outa this pretend PM of Australi...
Jose: Please the abuse come to go 4 years no info in this city. C HRMNS PÉ...
Azz: Can we get 100 points of identification on the people blocking, bannin...
The Crazz Files: Great find mate, iv saved to listen though and passed onto Jason....
Scott: This You Tube channel goes far past Zachary Hubbard's Gematria and use...