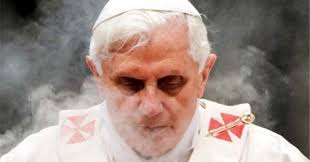 “THE DEVIL IS AT WORK INSIDE THE VATICAN”
—Vatican exorcist Rev. Gabriele Amorth

Contrary to Pope Benedict’s assertion that the immorality of modern society is to blame for sexual abuse of children by Catholic priests, the church’s own historical documents reveal that sexual abuse has been a problem that the Catholic Church has failed to properly deal with since its earliest days.

The Church’s first official document referring to the problem of sexual abusing children was in 60 AD. All of the documents referred to in this piece are real and have been authenticated. | More

“There have been over 100,000 reported victims of
clergy sexual abuse in the United States alone.”

OVER 100,000 VICTIMS of clergy sexual abuse have come forward in the United States alone. The film follows the story of one priest, Father Oliver O’Grady, who over decades has been moved by the church around the same diocese in an attempt to cover up his crimes against children—chiefly molestation and rape.

“Since 1950, sexual abuse has cost the US Catholic Church over
one billion dollars in legal settlements and expenses.”

As well as hearing the stories of his victims, we also see interviews with Father O’Grady himself. Shocking yet compelling, Deliver Us From Evil will make you question how such a man can exist on God’s Earth, let alone be doing God’s work. | More | Catholic sex abuse worldwide

MUST SEE: Part of Stephen Fry’s impassioned speech at the Intelligence Squared debate broadcast by the BBC in 2009, where he makes a very eloquent and persuasive case against the Catholic Church.

But it gets worse…

More: Pope Makes Way for the Antichrist | The Christianity Hoax | Condemning Your Kids to Jesus
The Pope’s Entire Career Has the Stench of Evil About It | “The Devil is at Work in the Vatican”

“The Devil is at work inside the Vatican”—Catholic exorcist, Rev. Gabriele Amorth