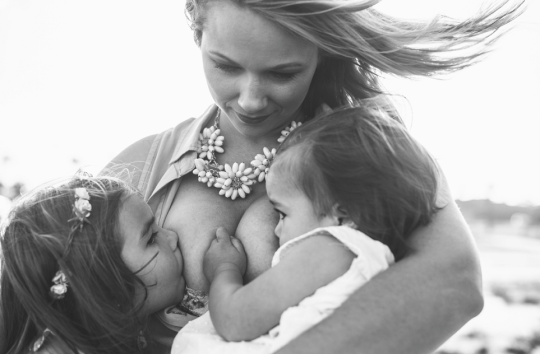 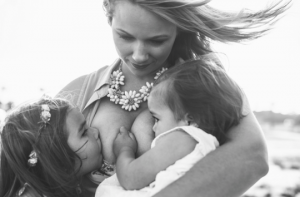 Note: This really is a clear indication as to how desperate CDC & the Big Pharma mafia have become, they truly are disgusting toilet bugs. It defies belief that the CDC would even dare to  release such ridiculous propaganda but this will only go towards strengthening our fight against evil scum.

Ten researchers from the CDC’s National Centers for Immunization and Respiratory Disease (NCIRD) released a paper arguing that because the immune-boosting effects of breastmilk inhibit the effects of the live oral rotavirus vaccine, nursing mothers should delay breastfeeding their infants.

This, dear readers, is the kind of convoluted logic that permeates the pharmaceutical industry. To be fair, the paper does not recommend that mothers stop breastfeeding, merely that they delay nursing at the time that the vaccine is administered. It also says that other avenues for boosting the vaccine’s efficacy should be explored.

A live vaccine contains a weakened form of the virus that causes the disease. The idea is that by presenting the weakened virus to your body, your immune system will develop an immune response to the virus sufficient to help you fight off a more virulent attack of the virus later. In other words, when your body is fighting off the live virus, it is effectively fighting off the virus itself, just in smaller quantities.

If breastmilk’s immune-boosting properties fight-off the live vaccine, then that means that breastmilk is fighting off the virus itself (just in smaller quantities).

Or, perhaps they’re not assuming any of those things. They are single-minded scientists after all. Their sole goal in this paper seems to simply be to measure the inhibitory effects of breast milk on the vaccine. They compared the breastmilk from mothers in India, South Korea, Vietnam, and the U.S. Indian mothers had the most potent breastmilk in fighting the vaccine, while U.S. moms had the weakest.

(I wonder if that’s because of our poor diets of overly-processed, industrialized food?)

I think it’s interesting to note that the researchers aren’t asking about what’s best for the baby. The question they have in mind is quite focused: just how much does breastmilk neutralize the vaccine?

Arguably, it’s a win for nursing mothers everywhere since it proves just how effective breastmilk can be!

And yet, these researchers didn’t stop there. They took their snazzy results and had the audacity to call them a “negative effect” of breastfeeding.

Clearly, they have one goal in mind: to sell more vaccines.

And therein lies the rub. The pharmaceutical industry could care less about actual health and wellness. After all, if you are healthy, they don’t make any money off of you. It is in their financial best interests for you to be perpetually sick.

I doubt that these researchers sat in their break room clad in black leather, sipping spiked coffee sporting evil grins as they plotted about how to take over the world. Most likely, they’re family folk feeling quite proud about the fact that they are developing vaccines to use in poor, undeveloped countries.

And yet despite their noble intentions, they can’t see how their assumptions influenced their recommendations. For if they were truly all about the health of the baby, they’d look at their findings and recommend that more women breastfeed. Or they’d look at their findings and ask why Indian breastmilk is so much more effective than American breastmilk, then start creating studies to unpack all the implications of that.

Nobody would fund those kinds of studies. (And that’s why they’re not done.)

It’s been said that good health makes a lot of sense, but it doesn’t make a lot of dollars.

Too true, that. Too true. 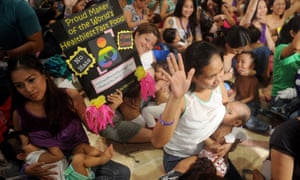 If almost every mother breastfed her children it could prevent more than 800,000 child deaths a year, yet governments are failing to promote and support breastfeeding, with rates remaining far below international targets, new research has found.

Poor government policies, lack of community support and an aggressive formula milk industry mean breastfeeding is not as widespread as it could be, according to a two-part Lancet breastfeeding series published on Thursday.

Children who are breastfed for longer have higher IQs, lower death rates and less risk of infection than those who are breastfed for shorter periods or not at all, the research found. Breastfeeding may also protect against diabetes and obesity later in life, while for mothers it can help with birth spacing, protect against breast cancer and may reduce the risk of ovarian cancer and type 2 diabetes.

Despite these proven benefits, however, only 37% of children aged six months and under in lower- and middle-income countries are exclusively breastfed, with women worldwide failing to receive the support they need to start, or continue, the practice.

“The success or failure of breastfeeding should not be seen solely as the responsibility of the woman,” said Dr Nigel Rollins of the World HealthOrganisation (WHO), who co-authored the series. “Her ability to breastfeed is very much shaped by the support and the environment in which she lives. There is a broader responsibility of governments and society to support women through policies and programmes in the community.”

While global data shows that nearly 80% of newborns receive breast milk, rates of exclusive breastfeeding are far below the WHO target of half of all children under six months by 2025. Women in poorer countries tend to breastfeed for longer than those in higher-income countries. Yet as income increases, the trend is away from breastfeeding towards substitute milk instead – a change that has already taken place in wealthier countries.

“In the west, when GDP per capita doubles, breastfeeding rates in children at 12 months drop by 10 percentage points,” said Rollins. “Not breastfeeding is seen as the modern and sophisticated thing to do – it seems convenient, it allows women to get back to work, it’s all the things you want to ‘achieve’. We’ve seen this trajectory with developed countries and don’t want it to play out a second time in low- and middle-income countries.”

Campaign groups hope that the series – the most comprehensive review of breastfeeding research ever – will lead to long-lasting policy change.

“Breastfeeding is one of the most cost effective interventions for newborn health, but the support needed is too often lacking,” said Brigid McConville, director of the maternal health group White Ribbon Alliance.

“Lancet’s evidence will help citizen advocates push their governments to improve policies, and above all hold governments to account for their actions, making sure the policies lead to more support for new mothers and better health for their newborns.”

If breastfeeding were scaled up to near universal levels, the authors found, 823,000 deaths of children under five could be prevented every year. An additional 22,000 annual deaths from breast cancer could be prevented if breastfeeding continued up to two years of age in lower- and middle-income countries, and up to 12 months in higher-income countries.

“The benefits of breastfeeding have been widely publicised yet … it’s clear that efforts are still falling far too short and the grave reality is that this is costing children’s lives,” said Professor Russell Viner of the Royal College of Paediatrics and Child Health.

Not breastfeeding creates a major burden on the world economy as well, costing $302bn (£210bn) globally in lost earnings, the authors found. Children who are breastfed consistently perform better in intelligence tests – in some studies by as much as seven IQ points – with higher intelligence related to higher average earnings.

Losses in poorer countries are estimated at $71bn of gross national income – with the Middle East and north Africa losing $12bn, east Asia and the Pacific $28bn, and Latin America and the Caribbean $12bn. 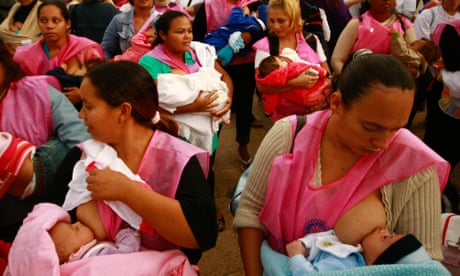 Governments can promote breastfeeding by raising awareness, improving maternity laws, and establishing nursing breaks and places to breastfeed in the workplace. Women who face stigma tend to stop breastfeeding earlier.

Even in countries where governments have actively encouraged breastfeeding, aggressive marketing by the formula milk industry – projected to reach $70bn by 2019 – far surpasses what governments spend to support breastfeeding.

Advertisements presenting formula milk as just as good as, if not better than, breast milk have – along with free samples – fuelled the industry in emerging markets. In Brazil, where hospitals, communities and the government all promote breastfeeding, the formula milk market is still projected to be worth $950bn within three years. The market is set to grow 7% in the Middle East and Africa, and 11% in Asia Pacific by 2019.

Promoting breast milk not only has social, medical and economic benefits, it is also environmentally friendly, the authors argue, as more than 4,000 litres of water are needed to produce a kilo of formula powder.