There have been many articles written, videos made and awareness raised when it comes to removal of children from their parents. Followers of this website will be aware of the story of Chase. A 5-year-old boy removed from his parents because they treated him with a plant-based diet and medicated him with medicinal cannabis. Doctors involved in his life weren’t happy. They weren’t happy with the progress he was making and the attention this was generating for medicinal cannabis. This escalated into a situation in which the boy was forcefully removed from his parents while in a hospital in Newcastle, New South Wales in Australia. His mom was held back by police while his father was locked inside a toilet. The boy was taken and still to this day had not been returned home.

Next month it will mark a year since this horrible force of power removed Chase from his parents, Marc and Cini. They fought in courts in two states. They proofed that the reasoning behind the removals was greatly exaggerated and that Chase was doing well in his parents care. None the less. Chase was removed and is still being kept awayfrom his family in what appears to be motels with professional care being provided to him. But no real personal or emotional support is given to him in this situation.

Many believe that love and care are the most important things that a child can receive. A stable safe, secure and loving environment is what children need to flourish. Love and care are exactly what Chase was receiving from his family. Now he might be receiving the medical treatment that the fascist medical establishment thinks is the answer for his physical condition. But he isn’t receiving the mental side of things. Not to mention that there are lots of solid reasons to choose not to use chemical medications and use the natural and plant-based diet that appeared to work well. The cannabis medication definitely worked its wonders. Chase was in a much better place when he was being treated by his family.

Chase’s family had to endure a lot while trying to give their son what he needs. They were harassed by doctors and the Lady Cilento Hospital in Brisbane. They were portrayed on the news as criminals and child kidnappers when they decided to go to Newcastle. An amber alert was issued for Chase which failed to mention that “the kidnappers” were, in fact, the loving and caring parents of Chase. They were hunted down by police like a pedophile on the run and the media reported on them as neglecting and horrible parents. Something Cini and Marc are most definitely not! But they were gagged from speaking out about their plight. They were stopped from speaking out about their son. This case was so important for the removals team of the government that they stopped the team around Chase from getting the attention this case deserved. Public opinion was a dangerous premise in this case. So they use their power to shut everyone up. For the people that think Australia is a free country. Ask yourself. How does this work with freedom of expression? This little boy, who is not verbal himself, lost his voice. When the court gagged his parents. He himself was effectively gagged and traumatized over and over again. His parents were forced to stop talking with the threat of removing their other children and a prison sentence. That sounds like something that would happen in Iran or North Korea. Not Australia. 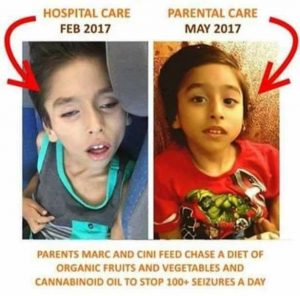 Now there’s a story going on in South Australia. A horrible story about a little boy was beaten half to death by his mother. The images are horrible and the way the mother has acted after the abuse is even worse. She has been taunting the father by letting him now that she will be having custody again in a couple of years. Something that is most likely true. According to the story, he has a loving father who is or at least wants to take care of him. This is not a removal case as it appears his father is willing to take care of him. So the removal from his parents might not be as much of the story as the media tries to make out.The media is trying to make this case one that will raise the support for child protective removals from parents. This story is not that at all. This story is a story of a horribly abusive mother who brutally attacked her baby boy. And the system will protect him. That is until his mother does her time. And at such time she will be in her right to see him again. To force him (or his carers) to spend time with her.

Chase was removed by the child protection forces. Removed so he could be treated the way doctors wanted. A way that cost millions and that has had no effect in resolving his condition. Could it be that a boy like Chase is worth a lot to the system? Lots of tax money disappearing into a black hole of social services organisations and health and pharmaceutical conglomerates. Research being conducted in hospitals that need their “test subjects” to remain in the treating program they are in to be able to get their results. In Chase’s case, we saw that many of the “welfare” reasoning behind the removal was not proven or completely debunked in court. But this didn’t seem to make a difference. The fact is that video and witness testimony showed that Chase had been improving his plant-based diet and whole plant medication. They still removed him to make sure he got the treatment that is endorsed by the pharmaceutical and health conglomerates. They didn’t care about his wellbeing. They didn’t care about his emotional health or the trauma they are causing.  They just cared about a doctor’s opinion who stated that Chase was better off under hospital care. No proof, no data. Just the religion of the health system at work. While Chase was flourishing in his parents care, smiling for the first time in years and moving parts of his body he hadn’t moved, Chase was seizure free for long periods of time. Something we know he isn’t at this time while getting treated with the pharmaceuticals that the doctor’s endorse.

More and more children are being removed from their parents for health-related reasons and the autism epidemic taking on giant proportions we could see thousands of children being removed under these child protection strategies. Children of which some would be better off to stay in the care of their parents. Better off for the children, the family of the child and the tax payer’s wallets. But children that are abused by their parents as a baby don’t have any rights. The parents have rights. They are allowed to see their children. Probably traumatise them more and maybe even abuse them more. While parents like Cini and Marc are gagged from talking about their child. Are gagged from advocating for their child and when they want to see their child, they are being watched at all times by child protection workers.

The child protection system is double-faced, to say the least. Double standards for parents that are horrible, abusive and violent. Those ones will be treated as if they made a mistake and they can have another chance.  But if you are a parent who wants the best for their sick child. Want to try something that might not be “medically approved”, you are labeled a child kidnapper and your face is plastered around the Australian media. It becomes clear that the real reason behind the removal system is money. Sucking the taxes from the government into as many social services, health and pharmaceutical companies as possible.