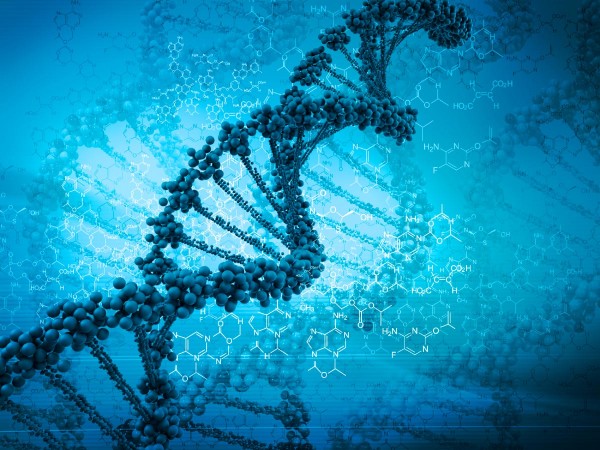 Most people understand that the government’s intelligence and law enforcement agencies, generally speaking, have the nation’s security interests at heart, but some of the technology being developed to identify and track suspects is downright Orwellian.

For instance, would you have ever imagined, in your wildest dreams, that the CIA could be funding cosmetics that enable it to harvest someone’s DNA? Well, imagine no more because that technology is a reality.

As reported by The Intercept, Skincential Sciences, a company that has developed a creative line of cosmetic products that are designed to get rid of skin blemishes as they soften, has caught the attention of beauty bloggers as well as various skin care professions. But according to documents that the website has obtained, the company has also drawn interest from In-Q-Tel, which is a venture capital apparatus belonging to the CIA.

The relationship, which has not been previously disclosed, is likely to surprise visitors to the website of Clearista, the company’s main product line, which says its formula will make you “feel confident and beautiful in your skin’s most natural state.”

Publicly the company boasts revolutionary skin care products, but Skincential Sciences has also developed patented technology that removes a thin outer layer of the skin, which contains unique bio-markers that can be used in a variety of ways, including DNA collection.

In-Q-Tel, which was established in 1999 by the CIA’s then-director, George Tenet, is constantly on the lookout for cutting-edge technology that can be used to support the agency’s mission, as well as those of other intelligence agencies. It provides funding to companies so they can grown and see the technology development to its fruition.

“Our company is an outlier for In-Q-Tel,” said Russ Lebovitz, the chief executive of Skincential Sciences, in an interview with The Intercept. He agreed that the relationship makes for “an unusual and interesting story,” but he added, “If there’s something beneath the surface, that’s not part of our relationship and I’m not directly aware. They’re interested here in something that can get easy access to biomarkers.”

Still, the CEO said he has little knowledge of why In-Q-Tel chose his company.

“I can’t tell you how everyone works with In-Q-Tel, but they are very interested in doing things that are pure science,” he said, adding that the CIA approached his company and said the fund was interested in DNA extraction using the method that Skincential Sciences developed.

Anything more than that, Lebovitz said, the CIA’s ultimate intentions and use for the technology remained unclear. But, he said, the fund was “specifically interested in the diagnostics, detecting DNA from normal skin,” adding, “There’s no better identifier than DNA, and we know we can pull out DNA.”

He suggested that maybe law enforcement agencies could use the biomarker extraction technique at crime scenes or to conduct drug tests.

Carrie A. Sessine, the vice president for external affairs at In-Q-Tel, declined a media interview because “IQT does not participate in media interviews or opportunities,” The Intercept noted, reporting that, in fact, officials at the venture capital firm have indeed given interviews in the past.

In-Q-Tel operates in the open, but often the fund has kept vital details of its activities out of the public’s eye and its required annual reports. After a source tipped The Intercept to a gathering in San Jose for In-Q-Tel executives and start-ups the fund was backing, the investigative news site tried to attend but access was denied. Skincential Sciences was among several companies presenting at the gathering.

The shroud of secrecy around In-Q-Tel belies a 17-year effort to build ties between the CIA and the biggest names in Silicon Valley. Gilman Louie, a video game executive known for publishing best-sellers such as Tetris, Falcon, and Civilization II, was brought on as the first chief executive of In-Q-Tel. The popular mapping tool Google Earth was created around technology developed by Keyhole Corp., an In-Q-Tel-backed company that was later acquired by Google.

That said, normally there is little revealed publicly about the fund’s activities and which companies it is backing.