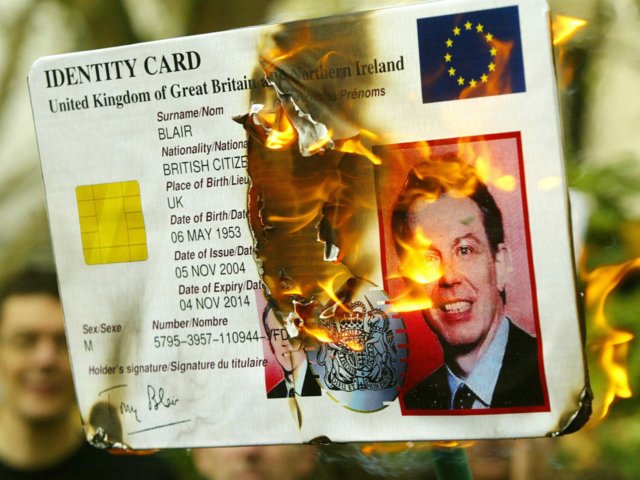 The European Commission has announced plans to make biometric ID cards compulsory across the bloc which will allow authorities to bar “terrorists and criminals” from accessing money and other services.

Plans to introduce mandatory ID cards across all 28 EU member states — including Britain — have been in development for more than two years in Brussels as part of the Commission’s goal of building an effective “security union”, Die Welt reports.

Set to be equipped with data including the holder’s fingerprint, the cards would be designed to tackle identity fraud and make it harder to falsify documents, according to Migration, Home Affairs and Citizenship Commissioner Dimitris Avramopoulos.

“We have to tighten the screws until there is no room left for terrorists or criminals and no more means for them to carry out attacks,” he told the German newspaper on Monday.

“This means that they must be barred from accessing money, counterfeit documents, weapons and explosives, and at the same time prevented from being able to cross our borders undetected.”

“Brussels cannot erect physical barriers to protect your public squares. The Commission cannot tell you how to protect stadiums and concert halls,” he stated, before assuring mayors from across Europe that EU funds will be made available for the task of redesigning and reinforcing structures to be more resilient in the face of terror attacks.

In December, Avramopoulos — who has denied there is any connection between terror attacks in Europe and mass migration, and claims that the “biggest threat” to the continent is “the rise of populism, nationalism and xenophobia” — insisted that Europeans must accept mass migration from the third world as the “new norm”, in a piece warning no part of the continent can remain “homogenous and migration-free”.

Having claimed that Europe requires more than 70 million migrants from the world’s poorest countries in the coming years, the former mayor of Athens has previously pledgedthat Brussels remains “committed” to opening the continent’s borders to 75 million Turkish citizens “as soon as possible”, and announced the creation of migration centres for shipping Africans into EU nations.