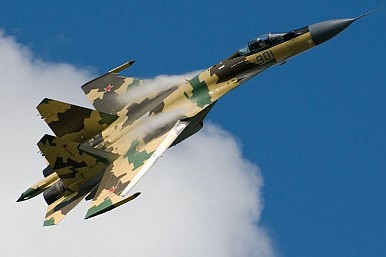 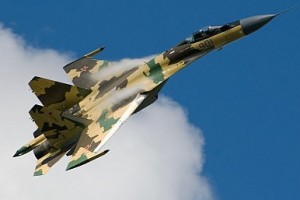 Note: So the Australian Government sends Hundreds of Millions of dollars to Indonesia at the expense of the Australian taxpayer & this is what they are doing.

Already in September 2015, Gen. Ryamizard announced that a decision to purchase Russian jets had been made.  “A decision was made to decommission U.S. F-5 Tiger fighter jets and purchase Russian aircraft instead of them,” Indonesia news agency ANTARA quoted the defense minister as saying. “The purchase will be made gradually, depending on the financial possibilities of the country’s government,” he added.

In January 2016, Indonesia’s ambassador to Russia, Djauhari Oratmangun, still only told Russian media that “negotiations are ongoing. The Minister of Defense wants to visit Russia in April to continue the discussions.” Yet, the date appears now to have been pushed forward and negotiations concluded.

Originally, Indonesia was looking to purchase 16 Su-35S.  The Ministry of Defense has “agreed to buy a squadron of Su-35s,” Ryamizard said in September 2015. However, he clarified this week: “We will buy only ten.” The defense minister also said that the deal will include pilot training and knowledge transfers through a military exchange program.

A joint military-technical cooperation commission began talks in late in November 2015 in Jakarta to discuss details of the contract, including technological transfers. (Indonesian law stipulates that at least 35 percent of the aircraft’s technology needs to be transferred to the country as part of the defense deal.)

“Indonesia’s turn toward Russian fighters stemmed partly from necessity. Its 12 remaining F-16A/Bs and 16 remaining F-5E/F fighters experienced severe maintenance problems in the wake of a US embargo, triggered by the Indonesian military’s widespread human rights abuses in East Timor,” according to Defense Industry Daily.

How many of these aircraft are actually operational is unknown. As The Diplomat reported in the past, the Indonesian Air Force has had enduring problems with aviation safety. For example, an F-16 fighter jet malfunctioned and caught fire during a ceremony to honor Indonesian President Joko “Jokowi” Widodo, last April (See: “Will Indonesia’s Fighter Jet Malfunction Affect its Defense Policy?”). The crash of a C-130 Hercules transport plane killed 143 people in June 2015.