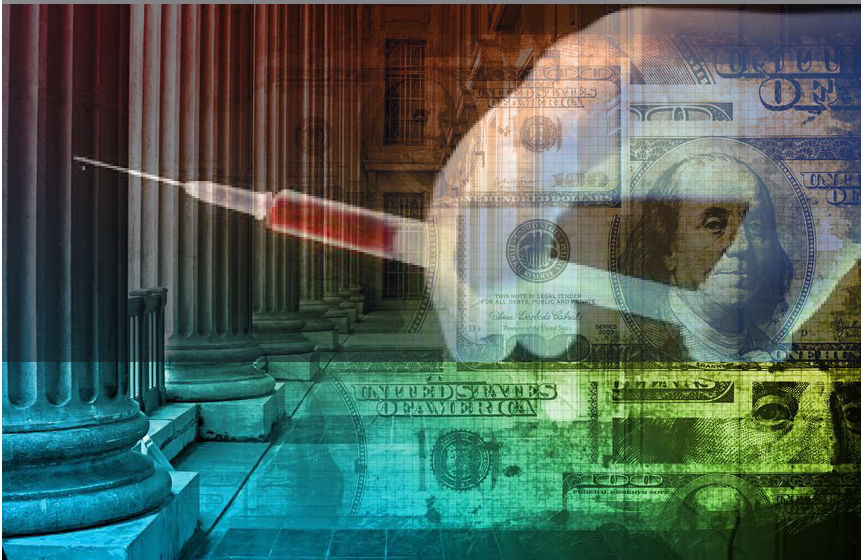 The vaccine industry is under assault from various angles.  It’s only a matter of time before their fraudulent “consensus science” paradigm is exposed and picked apart as false and probably even will be discouraged from being considered as a prophylactic health modality.

One of the indicators of such a developing trajectory is found in the article “Immunity and Impunity: Corruption in the State-Pharma Nexus” published by Paddy Rawlinson, Associate Professor in International Criminology, Human and Development Studies, Western Sydney University, Bankstown Campus, Bankstown NSW, Australia.

Professor Rawlinson’s article is “Open Source.” I’d like to impress how a criminologist apparently views and assesses the deceitful shenanigans of Big Pharma, their research and toxic vaccines.  As most readers probably know, Australia is a ‘hotbed’ of repressive vaccine pseudoscience with deprivation of parental rights regarding informed consent, right to self-determination and mandatory children’s vaccinations.

Rawlinson opens his article stating that he examines “the corruption within the state-corporate nexus as it relates to vaccines and the pharmaindustry; that is the networks of industry, medical and political actors involved in their research, manufacturing, regulation and dissemination.”

Furthermore, he contends “The pharmaceutical industry (pharmaindustry) is no stranger to corruption.”

Wow!  What a statement to make!  The professor qualifies that remark by saying, “Bribery, compromised drug quality, conflict of interest, fraud and price-fixing constitute part of a litany of its illegal practices and unethical behavior, making it, historically, one of the most frequent corporate violators of the law, alongside the oil and auto industries (Braithwaite 1984; Clinard and Yeager 1980; Dukes, Braithwaite and Maloney 2014).”

Rawlinson goes on to discuss the vaccine injury compensation ‘schemes’ of the USA and the UK.  However, Australia does not have a vaccine injury compensation scheme yet.  Nevertheless, he says, “The very presence of such schemes confirms that vaccines carry risks, yet the rhetoric and actions of the pharmaindustry not only vilify those who point out the risks but, in some instances, respond punitively to those producing data or expressing opinions that challenge vaccine safety (Yerman 2011).”

In talking about “biopower,” Rawlinson mentions The Nuremberg Code of 1947, which established informed consent as an international norm for conducting experiments on humans.  Vaccines, especially the annual influenza (flu) vaccine qualifies as a true experiment, since there are no short- nor long-term studies to prove the safety or efficacy of flu vaccines, which are nothing short of guesswork as to which influenza strains will be prominent for a coming flu season.

That’s NOT scientific nor is it ethical, in this writer’s opinion.  It’s guesswork!  Even talking-head MDs on radio discuss the current 2017-18 flu vaccine as not that effective.  The article “This year’s flu vaccine might only be 10% effective against prominent strain” explains more about that.

Rawlinson’s article Conclusion ought to become a mantra of sorts for all lawyers and solicitors in every nation state because,

If state power is about controlling populations, and corporate power about profit maximisation, the vaccine industry feeds both.

Rawlinson discusses Edward Jenner’s “unorthodox, controversial and dangerous thinking,” which apparently became the ‘bedrock’ of today’s vaccinology, in my opinion, with total disregard for how, in today’s vaccine, medical and healthcare industries, even more physiologically-dangerous ‘things’ than Jenner’s cowpox pus are being injected into infants who are less than a year old!

Such bizarre practices as injecting animal blood products, foreign DNA, aborted fetal cell lines (diploid cells), neurotoxic chemicals and metals, i.e., ethylmercury and aluminum, monkey brain cells, polysorbate 80, etc., and genetically modified/produced nanoparticulates are not considered as scientific experiments, but as ‘medical/pharmaindustry science’!  Not only is that practice undocumented science, in most cases, but definitely should be considered criminal activity on the part of all involved in vaccine promotion: pharmaindustry, medical personnel who administer those toxic jabs, plus federal and state agencies—and schools, etc.—that mandate such barbaric, pseudoscientific practices.  How can those toxic ‘things’ build up the human immune system?  The human body and immune system, in particular, have to try to detoxify the body of such crap being syringed into it.  When the body can’t detoxify them, that’s when Autism and other tragic health anomalies ruin lives and families.

As International Criminology Professor Rawlinson states in his Conclusion,

When science serves state power, and the state serves the corporate world, each becomes corrupt and corrupting, and society moves one step closer to a repetition of medicine’s darkest time.

However, I would like to add, in the USA, it’s time for prosecution of all involved in the vaccine fraud industry to be prosecuted under The RICO Act.

The Racketeer Influenced and Corrupt Organizations Act, commonly referred to as the RICO Act or simply RICO, is a United States federal law that provides for extended criminal penalties and a civil cause of action for acts performed as part of an ongoing criminal organization.  (Source)

Nothing would upset the pharmaindustry’s vaccine apple cart as effectively than some sharp U.S. lawyer filing a RICO lawsuit against some – or all – of the U.S.-based Big Pharma vaccine makers.  There’s a ready-made case just waiting for him or her, so let the legal games begin.  After all, lawyers make out well in class-action lawsuits against Big Pharma, don’t they?

One thought on “Corruption in Big Pharma’s vaccine industry”