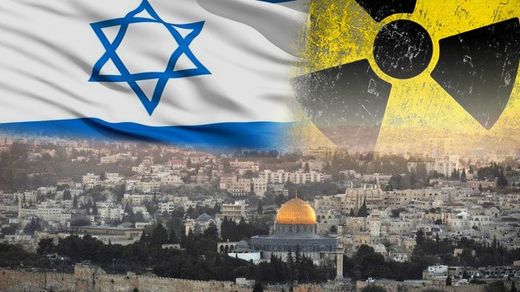 This is not the first time pro-Israeli Jews have spewed great falsehoods about poison gas deaths.  Routinely, the arch-corrupt, terminally extremist Zionist-controlled media spreads lies, falsely blaming the Syrian Army, among others, for bombing or attacking its own people with poison gas. Any poison gas ‘attacks’ perpetrated against the people are the result of schemes and plots by the Zionists and their US lackeys. The Syrian government, the Russian Army, and the Iranian government of the Islamic Republic have nothing to do with it and are, in fact, opposed to the use of poison gas on civilians.

How clever, yet ultra-devious, of the Zionists to create the basis for such destruction, then blame it on their enemies. Perhaps these vile ones even created the basis for such a catastrophe by placing the sarin gas, among other deadly agents, in harm’s way. No one can put this past them, as criminal as they are. Moreover, it is a perfect cover-up to make the Syrian government and Bashir al-Assad the patsy.

In contrast to the Syrian Army and/or its leadership the Israelis are not opposed to this and have in the past used toxic, deadly munitions on civilians, including the use of horrifically destructive dime weapons, cluster bombs, and phosphorus bombs on GAZA civilians.

Even so, a gas attack with sarin gas is a most serious issue, the gas being highly fatal for the acclaimed victims, children and women. At once it was said it was sarin, then it was stated it is chlorine. Both are deadly to the extreme.

It’s a horror produced not by the Syrian Army but, rather, exclusively by terminally rabid, extremist Zionist Jews and their arch-vile American, British, Saudi, French, and Qatari lackeys.

Previous claims of chemical attacks on Syrians or others by Syrian forces have been proven false, even fully fabricated, as demonstrated by the above PressTV video. Regardless, it is the Zionist criminal minds who are behind this, who instigated this brutal war, and who, in fact, have supplied chemical weapons and other weapons of mass destruction to the terrorists.

While Syria has dispensed with its chemical war-heads the Zionist regime possesses countless tons of biological and chemical weapons.

The contradiction is from the lying hypocrites accusing Syria of using chemical weapons. The western and zionist supported terrorist groups have been using such weapons in Syria while the west remained silent. The fact is that Syria already gave up its chemical weapons.
The Russians have listed the source of the toxic clouds and poisonous chemicals directly upon the heads of the Zionists and their imported terrorist collaborators:

The claim that the Syrian Army is responsible is fabricated. This blame is all staged in order to give cause for increased Western intervention and gain public support for further diabolical, pro-Zionist schemes. The actual responsibility lies in those who smuggled the toxic payloads into the Syrian nation: smuggled, in fact, is the correct term. Yet, of course the Zionist-controlled media says nothing about these criminal elements, who willfully and maliciously delivered ton upon ton of toxic chemical agents, and also biological ones, chemicals of mass destruction into the Syrian nation. In fact, the following ‘nsnbc’ report demonstrates the direct role played by the Zionists in transporting potential chemical weapons and surely various other weapons of mass destruction, illicitly, into Syria:

Chemical weapons (CW) are in the hands of pro-Israeli forces, individuals who, upon being wounded, are treated for their wounds and injuries by the Israelis themselves.
They plot to murder people with banned chemical weapons, with weapons of mass destruction, with the most cruel of all cruelty, all to further their treacherous, hedonistic plot. Yet, too, of course, it is approved by “Washington,” which is a pro-Zionist entity, in fact, it is the head of the pro-Israeli criminal network. No wonder the purported condemnations are coming directly from the UK as well as the United States. In the Middle East Zionist Israel has the stocks of sarin and chlorine gas, not any other.

In this video it appears that a youth has been coached to fabricate grief and to falsify tears for the cameras:

Regardless, what kind of severe injury could the youth possibly have suffered compared to the horrific ones inflicted by chemically-based and arch-murderous Zionist bombs?

Moreover, what is this lying narrator doing using his middle finger to indicate the so-called role of the ‘Syrian regime’ in this his crock of confabulations and lies? Who would do so other than a scam artist?

Now, for real evidence of the use of illicit weapons all that needs to be done is to see the acts of rabid, extremist Zionist Jews:

This is what the Jews maliciously did, supported by their warmongering American associates, to the people of GAZA with white phosphorus, yes, chemical weapon, bombs.

The fact that this is all orchestrated in Zionist/Rebel/Terrorist-controlled territory is also proof that the premise is a lie and that the source of the fatalities is the Zionists criminal minds themselves, not the Syrian people and/or their government.