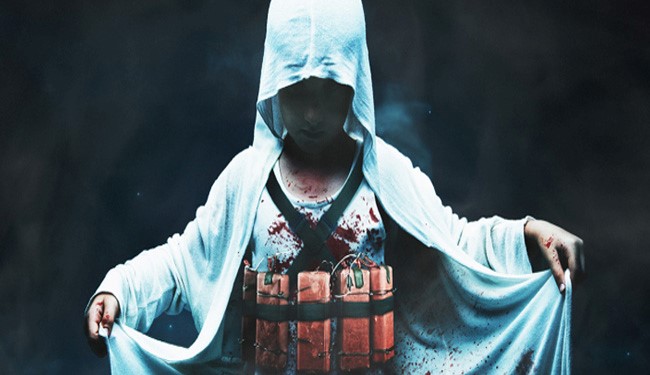 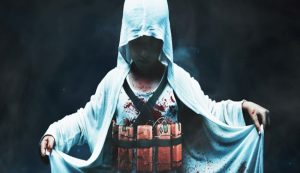 On Feb 10 2014, Drudgereport had two terrorism-related articles up – one is obvious B.S., where an “Iraqi suicide bombing instructor” killed himself and his students by accidentally pushing the button on the belt.

Now, how can you know this is B.S.? First of all, Muslims do not use suicide bombings, because in Islam killing yourself is automatic “you go to hell” regardless of the circumstances. Muslims are in fact supposed to at least try to survive combat. Suicide bombings are nothing but propaganda sold to the gullible masses. In any war, soldiers don’t just off themselves, they try to deliver a bomb and get away. Success is rewarded with another chance to go do the same thing again.The entire “suicide bombing” nonsense would be counterproductive if it was actually real because success would always be rewarded by death thus preventing any future successes.

The suicide bombing topic is one that I got onto in 2003, when I figured out what was really going on. Muslims frequently work for Jews, and package delivery is one of the jobs. Most deliveries are legitimate, but even having one in a million actually be a bomb is enough to seed the arena of public opinion that Muslims do bombings, and kill themselves for honor. Reality? Many bombings are in fact disguised as routine deliveries with the victim carrying the bomb, and the perpetrator holding a cell phone to call in the detonation on a totally unaware package carrier.

There is plenty of precedent for this, and it is not only the Jews doing this, the U.S. military does it too.

During the Iraq war, the American soldiers were pulling over drivers, impounding their cars, and when the cars were returned the drivers were instructed to go to the police station to pay the fine. During the time the Army had the cars, they would pack them full of explosives and then detonate these explosives when the driver arrived at the police station. You may remember that during the Iraq war, there were tons of “suicide bombings” at police stations. THIS was the reason.

But it failed a couple times, and the Army got caught.

1. On May 13, 2005, a 64 year old Iraqi farmer, Haj Haidar Abu Sijjad, took his tomato load in his pickup truck from Hilla to Baghdad, accompanied by Ali, his 11 year old grandson. They were stopped at an American check point and were asked to dismount. An American soldier climbed on the back of the pickup truck, followed by another a few minutes later, and thoroughly inspected the tomato filled plastic containers for about 10 minutes. Haj Haidar and his grandson were then allowed to proceed to Baghdad .

A minute later, his grandson told him that he saw one of the American soldiers putting a grey melon size object in the back among the tomato containers. Haj immediately slammed on the brakes and stopped the car at the side of the road, at a relatively far distance from the check point. He found a time bomb with the clock ticking tucked among his tomatoes. He immediately recognized it, as he was an ex-army soldier. Panicking, he grabbed his grandson and ran away from the car. Then, realizing that the car was his only means of work, he went back, took the bomb and carried it in fear. He threw it in a deep ditch by the side of the road that was dug by Iraqi soldiers in preparation for the war, two years ago.

Upon returning from Baghdad , he found out that the bomb had indeed exploded, killing three sheep and injuring their shepherd in his head. He thanked God for giving him the courage to go back and remove the bomb, and for the luck in that the American soldiers did not notice his sudden stop at a distance and his getting rid of the bomb.

“They intended it to explode in Baghdad and claim that it is the work of the ‘terrorists’, or ‘insurgents’ or who call themselves the ‘Resistance’.

2. An American manned check point confiscated the driver license of a driver and told him to report to an American military camp near Baghdad airport for interrogation before receiving his license. The next day, the driver went to the camp and was allowed in the camp with his car. He was admitted to a room for an interrogation that lasted half an hour. At the end of the session, the American interrogator told him: â€˜OK, there is nothing against you, but you do know that Iraq is now sovereign and is in charge of its own affairs. We have forwarded your papers and license to al-Kadhimia police station for processing. Go there with this clearance to reclaim your license. At the police station, ask for Lt. Hussain Mohammed, who is waiting for you now. Go there now quickly, before he leaves his shift workâ€.

The driver was soon alarmed with a feeling that his car was driving as if carrying a heavy load, and he also became suspicious of a low flying helicopter that kept hovering overhead, as if trailing him. He stopped the car and inspected it carefully. He found nearly 100 kilograms of explosives hidden under the back seat and along the two back doors.

The only feasible explanation for this incident is that the car was indeed booby trapped by the Americans and intended for the al-Khadimiya Shiite district of Baghdad. The helicopter was monitoring his movement and witnessing the anticipated â€œhideous attack by foreign elementsâ€.

3. The same scenario was repeated in Mosul , in the north of Iraq . A car was confiscated along with the driverâ€™s license. The driver reclaimed his car but was told to go to a police station to reclaim his license. Fortunately for him, the car broke down with a flat tire on the way to the police station. The car mechanic who replaced the tire discovered that the spare tire was fully laden with explosives.

Obviously none of this type of news makes it to CNN.

When I first did my study of this topic, it was during my study of the house demolitions in Palestine after the Jenin massacre. I knew that the bombings had to be completely bogus, because the perpetrators were ALWAYS identified FAR TOO SOON.

“Suicide bombings” in Israel always result in the destruction of the entire neighborhood the “bomber” comes from. And in all cases, destruction of their neighborhoods commences within two hours of the “bombing”, as if the bulldozers and demolition equipment had been placed there in advance, in anticipation of the bombing. Obviously then, suicide bombings benefit Israel by clearing ground for settlements and by demoralizing the Palestinian population.

The Israelis always claimed to have DNA evidence of who did the bombing within an hour or two of it happening, and would send the bulldozers to do demolitions immediately. But there is a problem with that – No one could get a sample from the bombing site to any lab within two hours, and then replicate the DNA enough to get a trace within two hours, that process takes days. The mere fact that the bulldozings happened within hours proves beyond all doubt that the Israelis in fact were doing the bombings, and blaming it on whoever they wanted a reason to destroy.

And then I found the method. First, they would grab their “bomber” from the area slated for destruction so a settlement could go in there instead. They would smash the “bomber’s face beyond recognition. They would then take organs and body parts from the now dead “bomber”, crudely sew the bomber back together, take the unwanted parts to the location of the “bombing” (which, by the way, would only get Muslims and not Jews in Israel, EVERY SINGLE TIME.) They would put the body parts in a duffel bag full of explosives and set it off, and DNA analysis would always conclude that the bulldozings that already happened were justified. The completely smashed face would prevent body identification, and subsequently prevent any proof that the “bomber” was never at the scene.

The picture to the left is one such body, with the organs stolen and face smashed beyond recognition. This happens frequently in Palestine, organ theft is a huge business and there is a reason why Israel always gets a politically convenient suicide bombing at precisely the right time and location. 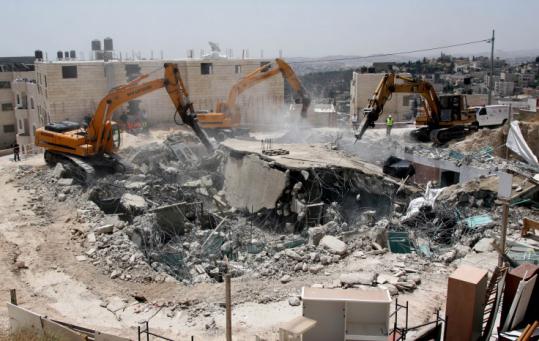 I have spoken to MANY muslims about the “suicide bombings” and none have ever agreed that any type of “suicide attack” would be acceptable in Islam, because you are not supposed to intentionally kill yourself for any reason, even combat. In war you are supposed to do your best to survive.

And with the Israeli organ theft issue, the WAY TOO FAST bulldozings, where there is positively no way any bomber could be identified that fast to justify the destruction of an entire neighborhood, it is obvious that “suicide bombings” are all politically motivated, and come directly from the Knesset.

So before you believe a stupid NYT propaganda piece about a “suicide bombing instructor blowing himself up” posted on the Drudge report,before you believe a totally misrepresented “terrorist” story regarding a few transformers on Infowars, before you believe that a few Afghan and Saudi goat herders did the WTC, consider the fact that you are probably just being played.

In my book, the entire “suicide bomber” meme is BULLSHIT. Heads up, because they are strongly pushing that meme NOW.