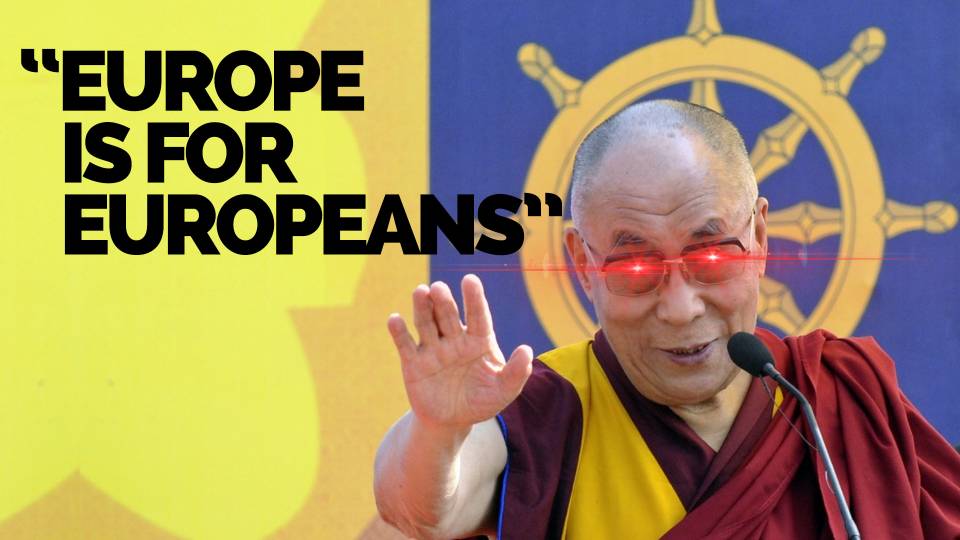 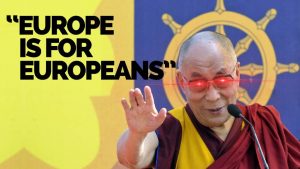 READ MORE AT THE DAILY CALLER

The exiled spiritual leader of Tibet said Wednesday that, while Europe can help refugees, “Europe belongs to the Europeans” and migrants should rebuild their homelands.

The Dalai Lama made the comments at a conference in Malmo, Sweden, which has struggled with an increase in rape and violent crimes correlating to an increase in refugees from Syria and other predominantly Muslim countries. The Dalai Lama argued that European countries were “morally responsible” for assisting “a refugee really facing danger against their life,” but that refugees should ultimately go back and rebuild their home countries. (Pope’s ‘Don’t Close Your Doors’ Refugee Initiative Begins On The 445th Anniversary Of Papal Army Driving Out Islamic Invaders)

“Receive them, help them, educate them … but ultimately they should develop their own country,” the Dalai Lama said, according to AFP.

“I think Europe belongs to the Europeans,” he added, saying “they ultimately should rebuild their own country.”

The spiritual leader’s comments likely struck a chord with locals, as Sweden has experienced an explosion in violent migrant gang-related incidents, many of which involved military-grade explosive devices, since 2014 when over 100,000 asylum seekers from predominantly Muslim countries settled in the area.

The Dalai Lama also made similar comments concerning refugees in Germany in 2016, saying that “Europe, for example Germany, cannot become an Arab country.”

“Germany is Germany. There are so many that in practice it becomes difficult,” he said, according to Independent.

“From a moral point of view, too, I think that the refugees should only be admitted temporarily,” he added.

The Dalai Lama clarified at the time that he had compassion for refugees, especially those fleeing from war, but said now the goal of aid should be their return to their homelands.

“When we look into the face of every single refugee, especially the children and women, we can feel their suffering,” he said. “The goal should be that they return and help rebuild their countries.”

The Dalai Lama has remained in exile since 1959, when he escaped Tibet and settled in India with tens of thousands of followers after Chinese communist troops took over the region. The Indian government agreed to grant asylum to him and his followers and also granted voting rights to Tibetans born in India. The Indian government also bore all expenses related to establishing schools for Tibetan children in the country.

2 thoughts on “DALAI LAMA TO MIGRANTS: ‘EUROPE BELONGS TO THE EUROPEANS’”