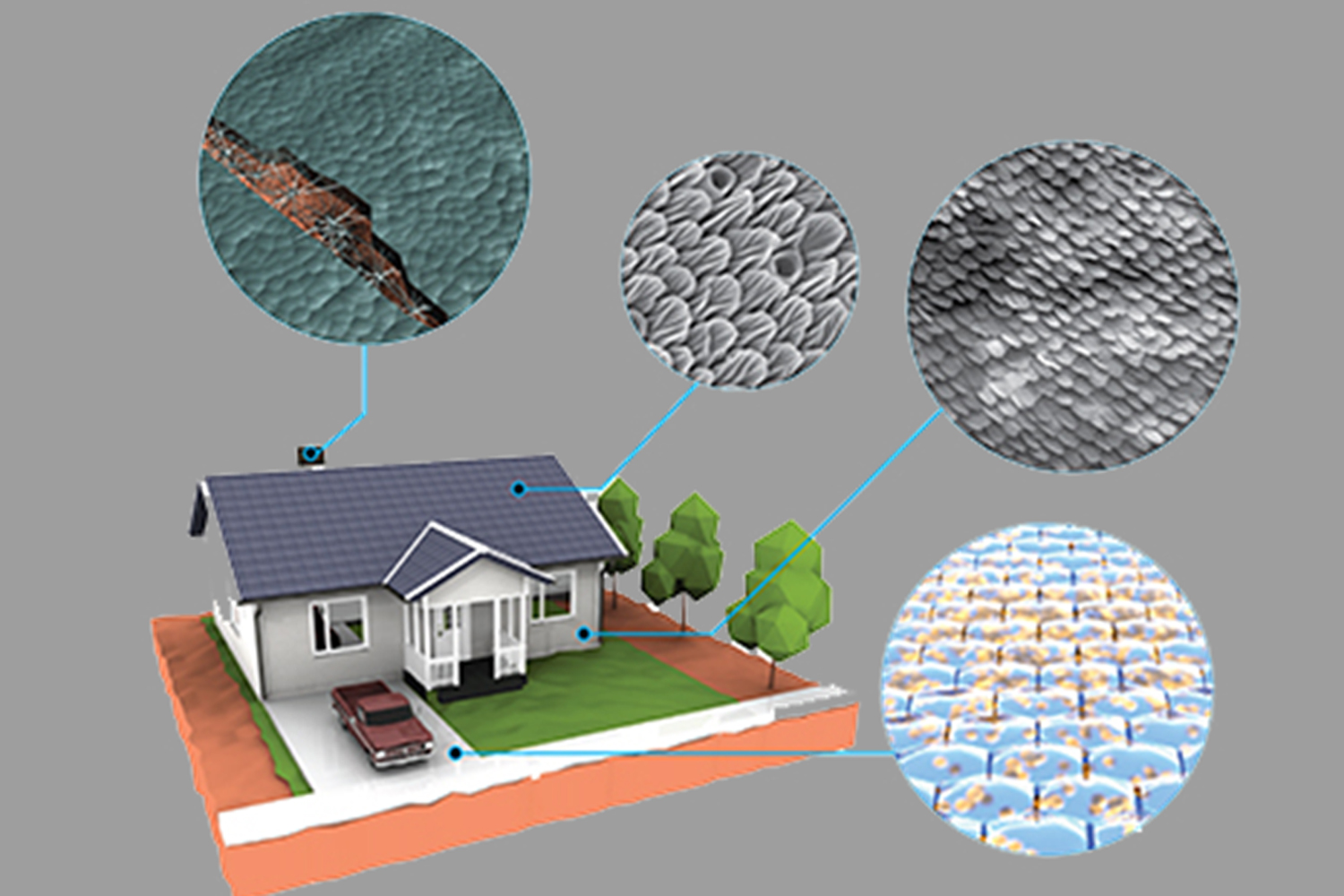 Would you build a house out of living materials?

A MILITARY research body in the US government is promoting the seemingly insane idea of building homes out of living materials that grow and replenish themselves.

The US government’s Defense Advanced Research Projects Agency (DARPA) is pouring money into the unique idea that could revolutionise the work of engineers and architects.

The department is responsible for developing emerging technologies for military application and has launched a program exploring the use of “living biological materials” such as bone, skin, bark, and coral to construct next generation homes.

Researchers at DARPA believe the Engineered Living Materials (ELM) programcould produce homes that were much more cost effective and self sufficient.

Consider the benefits to be gained from a chimney that heals after damage, a roof that breathes to control airflow, surfaces that don’t flake or fade, and a driveway that eats oil to clean up after spills, the company said.

It’s all about harnessing what’s known as engineered biology to create smarter infrastructure that responds to its surroundings.

“The vision of the ELM program is to grow materials on demand where they are needed,” the program’s manager Justin Gallivan said.

“Imagine that instead of shipping finished materials, we can ship precursors and rapidly grow them on site using local resources. And, since the materials will be alive, they will be able to respond to changes in their environment and heal themselves in response to damage.”

DARPA is renowned for its ingenuity.Source:Supplied

It’s a novel idea but if there’s one institution that could make it work, it’s DARPA.

Australian neurologist Dr Tom Oxley has been a beneficiary of DARPA’s willingness to fund creative projects when they gave him his first million dollars to create a brain machine interface.

“I don’t think any other body in the world would’ve funded it,” Dr Oxley told news.com.au in June. “It was something that was so blue sky and out there.”

But that’s what DARPA is famous for: pushing the envelope.

While grown materials are nothing new but as the company points out most are rendered inert during the manufacturing process.

DARPA believes it can use the emerging sophistication of 3D printing to produce hybrid materials made out of traditional non-living scaffolds and materials printed out of living cells.

“The long-term objective of the ELM program is to develop an ability to engineer structural properties directly into the genomes of biological systems so that neither scaffolds nor external development cues are needed for an organism to realise the desired shape and properties,” the company said.

If it turns out to be a winning idea, maybe one day your home will be made using materials intertwined with living fungi, skin and bone.