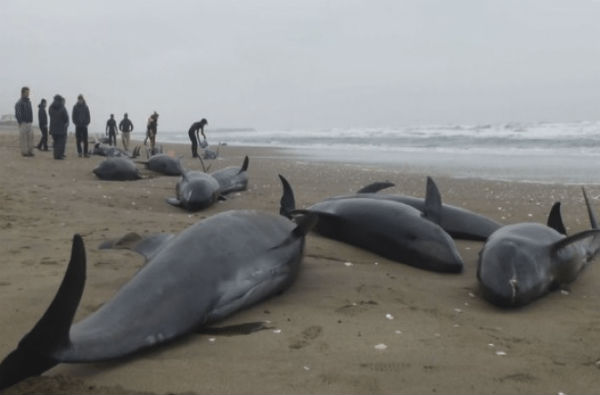 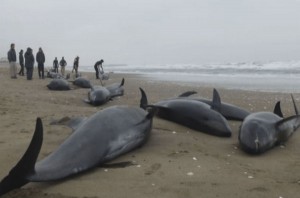 Japanese scientists are dumbfounded by the new discovery after conducting an autopsy on a large group of dolphins that where discovered washed up on a beach close to the Fukushima disaster site.

Each dolphins lungs were white, which is according to scientists, an indication of loss of blood to the organs – a symptom of radiation poisoning.

The translated article comes from EneNews:

Google Translate: Ibaraki Prefecture… for a large amount of dolphin which was launched on the shore… the National Science Museum… investigated… researchers rushed from national museums and university laboratory, about 30 people were the anatomy of the 17 animals in the field. [According to Yuko Tajima] who led the investigation.

“the lungs of most of the 17… was pure white ischemic state, visceral signs of overall clean and disease and infections were observed”… Lungs white state, that has never seen before.

Systran: The National Science Museum investigated circumstance and cause etc concerning the mass dolphin which is launched to the seashore of Ibaraki prefecture… the researchers ran from the museum and the university laboratory… approximately 30 people dissected 17… [Yuko Tajima] of the National Science Museum which directed investigation research worker [said] “the most lung 17 was state with true white, but as for the internal organs being clean”… The lung true white as for state, says… have not seen.