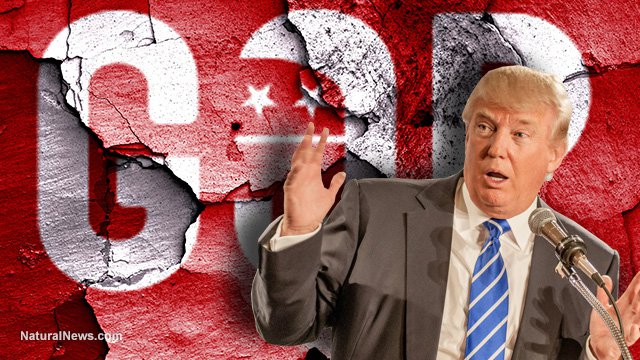 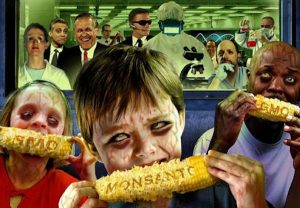 Something is happening in America’s heartland, Mr. Trump, and you don’t know what it is. Or if you do know, apparently you don’t care.

Because Monsanto’s favorite killer pesticide, Roundup, isn’t destroying farmers’ weeds, as promised, the company has gone to a stronger and even more toxic solution: dicamba.

Zero Hedge has the story: “…[dicamba] spray drifts from those liberal herbicide applications began to wipe out the crops of neighboring farmers who didn’t plant Monsanto’s dicamba-resistant seeds.”

“Now, as the Wall Street Journal points out today, after allegedly wiping out millions of acres of farm ground across the Midwest. [With dicamba], Monsanto once again finds itself in a familiar spot: the courtroom.”

Wall St. Journal: “Arkansas has been a flashpoint in the dispute: About 900,000 acres of crops were reported damaged there, more than in any other state.”

Zero Hedge: “…the EPA has reported that farmers in 25 states submitted more than 2,700 claims to state agricultural agencies that neighbors’ dicamba spraying shriveled 3.6 million acres of soybeans. The herbicide is also blamed for damaging other crops, such as cantaloupe and pumpkins.”

MILLIONS OF ACRES OF US FARMLAND DAMAGED AND DESTROYED.

During the presidential campaign, you gushed to audiences about making sure the land and soil and air in this country would be pure and beautiful.

Are your Goldman Sachs aides, who are propping up the stock market for you, too strong to resist? Is their mandate to float all corporate boats, no matter what the cost in destruction of the land, to say nothing of human health, too powerful to oppose?

Is your staff somehow keeping you from obtaining knowledge of the crimes of Monsanto?

Is “concern for the environment” the wrong message to send to your base?

Would your weak sister Attorney General, Jeff Sessions, recuse himself from a relentless probe and prosecution of Monsanto?

I suggest a simple tweet to test the waters: “Dear America, do you want me to go after Monsanto?” Watch the reaction.

I guarantee, it’ll be overwhelming.

We’ve known about this death’s head corporation for a long time.

5 thoughts on “Dear Mr. Trump: here’s something you can do to defend America’s heartland: attack Monsanto”