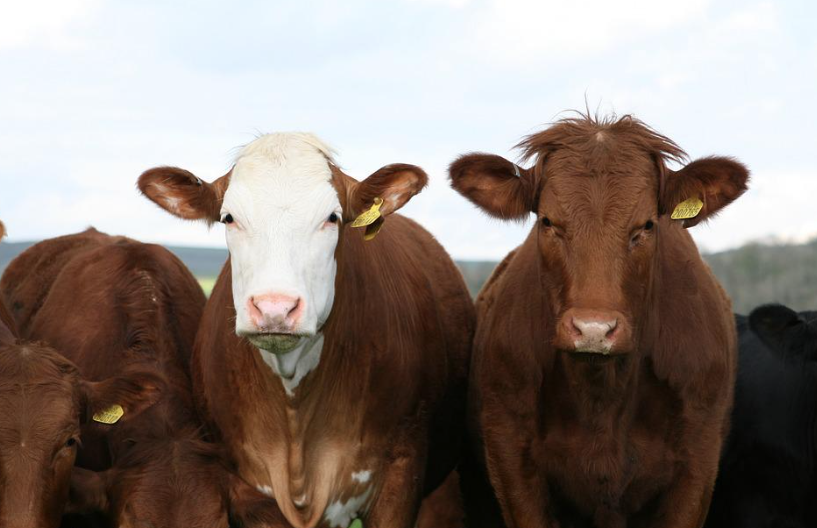 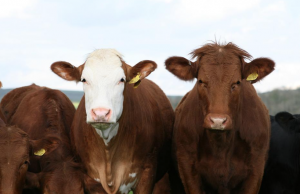 What is happening in Northern Ireland is part of a larger push to wean humans off red meat, particularly beef, which humans consume to the tune of 350 millions tons each year.

On Earth Day, a 50-year-old environmentalist and photographer from Colorado named Wynn Alan Bruce lit himself on fire outside the US Supreme Court.

Friends of Bruce, who subsequently died, said he was worried about climate change.

“This guy was my friend,” said Kritee Kanko, a senior scientist at the Environmental Defense Fund. “This was not an act of suicide. This is a deeply fearless act of compassion to bring attention to [the] climate crisis.”

Bruce’s act of immolation is one example of increasing fear of climate change, a fear that is damaging humans in various ways, including a surge in so-called “climate anxiety.”

This fear is also manifesting itself in other ways, including the realm of public policy.

Many countries around the world are aggressively pursuing net-zero carbon emission plans designed to mitigate the effects of global warming.

‘Losing’ a Million Sheep and Cattle

While people tend to think reducing emissions involves shutting down coal plants, driving more electric vehicles, and relying more on solar and wind power—each of which comes with environmental and economic costs—these are not the only policies on the table.

Increasingly governments are targeting a different emission source: food (livestock specifically). The reasons for this are not hard to find.

No less an authority than the US Environmental Protection Agency (EPA) notes that about one third of climate warming from greenhouse gasses stems from human-caused emissions of methane. While CO2 gets more attention, the EPA notes that methane is actually a more potent greenhouse gas, trapping about 30 times as much heat as CO2 over a century.

A new law in Northern Ireland sets a target of zero net emissions by 2050, and the BBC reports the legislation includes a proposed 46 percent reduction in methane emissions.

Since about a third of human-caused methane gasses come from livestock, Northern Ireland is looking at a huge reduction of farm animals—especially sheep and cattle—to meet that goal.

Specifically, according to estimates from the Ulster Farmers’ Union, some 500,000 cattle and roughly 700,000 sheep would have to “be lost in order for Northern Ireland to meet the new climate targets.”

While the pig and poultry sectors also will need to be cut to meet emission targets, climate officials said these sectors are less harmful to the environment than “red meat” livestock.

“If you look at the evidence on the lifecycle of greenhouse gas emissions, the red meat livestock sources – beef, dairy, sheep – have the highest emissions because they’re ruminant and they have high methane emissions,” Ewa Kmietowicz, head of the land use mitigations team at the Climate Change Committee told the paper.

Chris Stark, CCC chief executive, told The Guardian that a switch to arable farming would likely be necessary to maintain food production levels.

What is happening in Northern Ireland is part of a much larger push to wean humans off red meat, particularly beef, which humans consume to the tune of 350 millions tons each year.

Many people, including Microsoft founder Bill Gates, have argued nations have a responsibility to transition off beef for environmental reasons.

“I do think all rich countries should move to 100% synthetic beef,” Gates remarked in an interview with MIT Technology Review last year. “You can get used to the taste difference, and the claim is they’re going to make it taste even better over time.”

Gates doesn’t really explain how this transition should occur, but we’re beginning to see.

While there’s no question that global temperatures are rising—14 percent per decade, on average—people should find the efforts by central planners to curb climate change more alarming than rising temps.

Such policies have the earmarks of failed collectivist programs of the past, such as FDR’s “porcine slaughter of the innocents,” which saw millions of pigs and sows destroyed while people were going hungry—all in an attempt to keep prices high.

FDR’s mad program was child’s play, however, compared to Chairman Mao, who had plans to revolutionize China’s agricultural sector with his Great Leap Forward.

Things didn’t go as planned. It turned out food production was more complex than Mao anticipated. Via Britannica Online:

“The inefficiency of the communes and the large-scale diversion of farm labour into small-scale industry disrupted China’s agriculture seriously, and three consecutive years of natural calamities added to what quickly turned into a national disaster; in all, about 20 million people were estimated to have died of starvation between 1959 and 1962.”

Did you catch that? Twenty million people died under Mao’s collectivist effort.

Nor was this the first man-made famine created by socialists. In 1932 and 1933, millions of Ukraininans died in a famine engineered by the Soviet Union.

“In the case of the Holodomor, this was the first genocide that was methodically planned out and perpetrated by depriving the very people who were producers of food of their nourishment (for survival),” wrotehistorian Andrea Graziosi, a professor at the University of Naples.

The genocide, Graziosi notes, was not just tragic but ironic in that it took place in a region globally recognzed as the “breadbasket of Europe.”

These accounts remind us of a dark and disturbing reality highlighted by economist Thomas Sowell.

“Many of the greatest disasters of our time have been created by experts,” Sowell has observed.

In his Nobel Prize acceptance speech, the economist F.A. Hayek explained that such disasters stem from the lack of humility among central planners about the knowledge (or lack thereof) they possess in their “fatal striving to control society.”

Above all else, Hayek said, the role of economics is to temper such grand plans.

“The curious task of economics is to demonstrate to [humans] how little they really know about what they imagine they can design,” Hayek observed in The Fatal Conceit.

Attempting to curb climate change by destroying food supplies may not appear quite as crazy as lighting oneself on fire in front of the Supreme Court to protest a lack of government action on climate change.

But it may ultimately prove to be even more deadly.