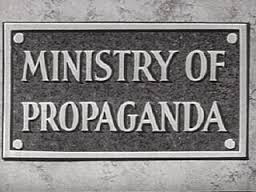 .Read the following for a look at the despicable lengths to which these killer korporations will go and a fuller understanding of why you need to support our efforts to prevent censorship of vaccine truth and resulting mandates.

Dr. Rima Notes: Forbes styles itself “The Corporate Tool” Apparently that means shilling for corporations that are unabashedly killing people and maiming them with contaminated vaccines like Gardsil, the subject of what we believe is an international criminal conspiracy, Merck. The Forbes article gushingly praised the use of “Disney Princesses” to advertise the HPV vaccine to little girls and their families. The article is so filled with misinformation and misdirection that it was difficult to know where to start.
.

HPV Vaccines Prevent Nothing, Harm Much

.
They cause a lot of princesses, and princes, too, untold hardship and death, like 14 year old Joel Gomez who was found by a US Court to have died as a proximate and direct result of receiving Gardasil vaccine on June 19, 2013 and again on August 19, 2013. Joel died in his sleep on August 20, 2013.
.
Gardasil ® is a fraud-fraught, dangerous, contaminated, unnecessary and expensive vaccine that causes known harm in staggering numbers of cases When given in the presence of a normal infection with HPV, which will be the case in large numbers of vaccine recipients, which has never been shown to cause cancer, the result is a staggering 46% increase in the incidence of cancer, which, of course, is very bad for the recipient but very, very good for the cancer industry.

.
Whether or not it precipitates the cancer it falsely purports to protect against, it causes premature menopause, auto immune response, and death, among other adverse events in shocking numbers of victims, especially the young, fit, and athletic according to reports files with the (US) Vaccine Adverse Event Reporting System.
.
It is contamination with viral DNA in the non-v conformation complexed to the aluminum in the vaccine has been confirmed by the FDA which approved the vaccine on the condition that no such contamination could occur.
.
When that contamination was documented in September, 2011, and the Agency notified, it acknowledged in writing that such contamination was known to be present but declined to act protectively toward the public on the basis of that damning information. 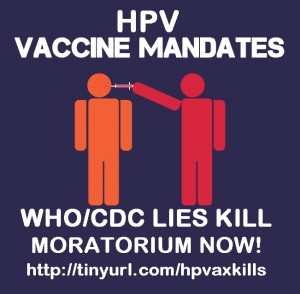 Market-supporting collusion to suppress the science documenting extreme dangers of this vaccine have now been verified in FoIA release of conspiratorial emails colluding to do exactly that. WHO, CDC, the Japanese government and individual scientists have been named in a formal complaint to WHO’s Director General Mararet Chan, MD on January 15, 2016,www.DrRImaTruthReports.com/HPV-Smoking-Gun.

.
Gynecological Cancer Awareness Month was the brainchild of Gardasil manufacturer Merck just as Breast Cancer Month was the brainchild of Astra Zenica who make Tamoxifen as another marketing ploy since the “awareness” just happens to lead not to prevention but to sales. Lots of them. And mammograms, clearly linked to cancer induction and false positives (30%) leading to more sales of the cancer treating drugs Astra Zenica just happens to make.
.
The science is clear: HPV has NEVER been shown to cause cancer of any kind. HPV comes and goes on its own with no negative consequences. It is, in the vast majority of cases (98%+) a totally self-limiting infection which spontaneously resolves within 2 years or less. The remaining cases resolve in the following year with no intervention.
.
Since it is very commonly found, it is often present when cancer is diagnosed. HPV infection and cancer are separate, sometimes co-temporal, events.
.
Remember, if Gardasil (or its even more toxic twin, Cervarix®) are administered while HPV is present, the cancer rate increases by 46%.
.
When both Gardasil and Cervarix were introduced at the same time in Japan, the number of serious adverse events seen after Gardasil was 26 times the number seen after the flu shot and 52 times that number seen after Cervarix.
.
For comparison, of the approximately $3 Billion US paid out by the US Vaccine Injury Compensation Program, $1 Billion has been awarded in the last year or so and has been paid out on damages caused by the Flu vaccine. [Remember, this is for an uninsurable risk; this money is not from the vax-pusher companies, but rather from a special tax paid by people who are forced to, or foolishly volunteer to, buy the vaccines.]
.
Girls, women and boys all over the world are having their lives destroyed, literally, by this toxic, unnecessary and fraud-bred vaccine.
.
It is worth noting that Merck received a PHARMA award for “Creating a Market Out of Thin Air” for its highly successful, but tragic, pump and jab Gardasil sales campaign.
.
Dr. Diane Harper, lead scientist at FDA for Gardasil approval and a frequent consultant to Merck, now says that the testing was inadequate and that the vaccine offers no public health advantage but offers significant risks.
.
So, no Disney princesses do not need Gardasil, Merck. Thanks, anyway. They need Papanicolaou smears.
.
Cervical cancer and pre-cancerous lesions can be detected early, safely and easily and treated safely with procedures like simple cone excision at that stage.
.
HPV vaccines, with science suppressed and damage control colluded on at the highest levels, are both dangerous and unnecessary. And expensive. Really, really expensive.
.
Princesses need protection from scientific fraud. They need early diagnosis and treatment plus meaningful prevention, not vaccines which have no public health or personal preventive impact and are wildly unsafe.
.
I refer you to documents like the Danish “Pigen” (The Girls).
.
A note about personal and parental choice: As political units rush to mandate this and other vaccines, it is important to remember that regardless of what school districts, states or nations say, each person in a nation which ratified the Geneva Convention has a legally protected right of Informed Consent if properly asserted. Information on how to assert that right is available here:www.DrRimaTruthReports.com/AdvanceVaccineDirective.
.
Good health and good profits frequently are at odds with one another. This wrong headed campaign to market Gardasil to children is a strikingly despicable example of that conflict.
.
Yours in health and freedom,
.
Dr. Rima
Rima E. Laibow, MD
Medical Director
Natural Solutions Foundation
.
Just submitted that here: http://www.forbes.com/sites/tarahaelle/2016/01/20/even-disney-princesses-need-hpv-shots-cervical-cancer-screenings-and-std-testing/#73fa7aba1ec1
.
UPDATE: Forbes just posted a short note from Dr. Rima that points to this blog posting. So she cannot “say it” directly, but can point to it; go figure…
.

“Perhaps some of your readers would like a more factual, less adoring view of this issue.
Nowhere does this article mention the international collusion and fraud surrounding this dangerous vaccine
Here is the link to the comment which your publication rejected although it meets your comment guideline: http://drrimatruthreports.com/?p=27471.
.
Could it be because it lays out the HPV Vaccine truth and calls for a moratorium on HPV Vaccines?”

[Legal Note from Counsel Ralph: Forbes violates your rights when it violates Dr. Rima’s rights. Although Dr. Rima’s comment below meets all stated Forbes.com criteria for publishing comments, it has been rejected, we have reason to believe, as part of a well-orchestrated censorship campaign by ostensibly private publishers such The Guardian, Reason Magazine, the Murdock publications, and now Forbes. These entities have issued public calls for illegal censorship of vaccine truth contrary to their vested interests. Such censorship restricts our speech. Forbes is in effect acting under color of law to enforce an unlawful “public policy” of preventing opponents of vaccination, mandated or not, from being heard in the public forum. RF] 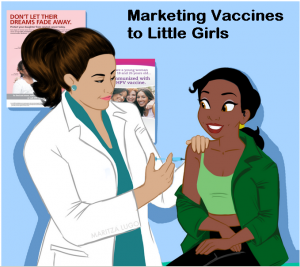 One thought on “DISGUSTING! Forbes and Disney Shill for Merck Tout Gardasil Disinformation”