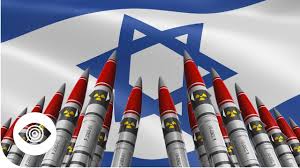 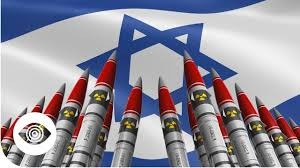 As I was planning and writing this week’s blogs, Mr. D.W. contacted me and shared a disturbing video that is making the rounds on the internet and on YouTube, and the claims are that tactical nuclear weapons are being used in Yemen by (you guessed it) Israel at the behest of Saudi Arabia. We’ll get back to these claims in a moment. But first, here’s the disturbing video on You Tube:

There are indeed a number of disturbing signatures of nuclear weapons here. The most significant of these is the obvious mushroom cloud with apparent continued combustion of material in the cloud itself.

But as I put it in my brief conversation with Mr. D.W., “Though these bare the signatures of nuclear weapons, I suspect they might also be fuel-air or thermobaric bombs, which can often appear nuclear (if you google “Father of all bombs” you’ll see the test of a large Russian weapon of this type and see what I mean. At one point in this video above(at approximately 1:58), there are little shimmering DOTS around the detonation, which to me is a clear signature of the types of metalizicised aerosol of such bombs setting up a chain molecule in the atmosphere which is then exploded using the atmosphere itself as part of the explosive fuel. And incidentally, the signature of such weapons is a double explosion, the first dispersing the material, and then the detonation of that material itself, so I am not entirely comfortable in saying these are solely nuclear attacks. I think they may equally be medium-sized FAEs or thermobaryic devices.” One sees, in fact, at the beginning of this video, a small detonation followed by a much larger one. Typical nuclear weapons do not have this signature.