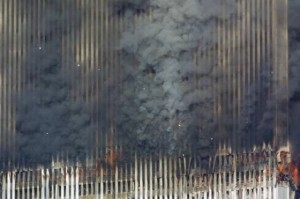 A former CIA and civilian pilot has sworn an affidavit, stating that no planes flew into the Twin Towers as it would have been physically impossible.  The statement has gone viral in the conspiracy world

John Lear, the son of Learjet inventor, Bill Lear, has given his expert evidence to Project Camelot.org that it would have been physically impossible for Boeing 767s, like Flights AA11 and UA175 to have hit the Twin Towers on 9/11, particularly when flown by inexperienced pilots:

‘No Boeing 767 airliners hit the Twin Towers as fraudulently alleged by the government, media, NIST and its contractors’, he claimed in the affidavit.‘Such crashes did not occur because they are physically impossible as depicted, for the following reasons: in the case of UAL 175 going into the south tower, a real Boeing 767 would have begun ‘telescoping’ when the nose hit the 14 inch steel columns which are 39 inches on center.

‘The vertical and horizontal tail would have instantaneously separated from the aircraft, hit the steel box columns and fallen to the ground.

‘The engines when impacting the steel columns would havemaintained their general shape and either fallen to the ground or been recovered in the debris of the collapsed building. ‘No Boeing 767 could attain a speed of 540 mph at 1000 feet above sea level ‘parasite drag doubles with velocity’ and ‘parasite power’ cubes with velocity.

The fan portion of the engine is not designed to accept the volume of dense air at that altitude and speed.

The piece of alleged external fuselage containing 3 or 4 window cutouts is inconsistent with an airplane that hit 14 inch steel box columns, placed at over 500 mph.  It would have crumpled.

No significant part of the Boeing 767 or engine could have penetrated the 14 inch steel columns and 37 feet beyond the massive core of the tower without part of it falling to the ground.