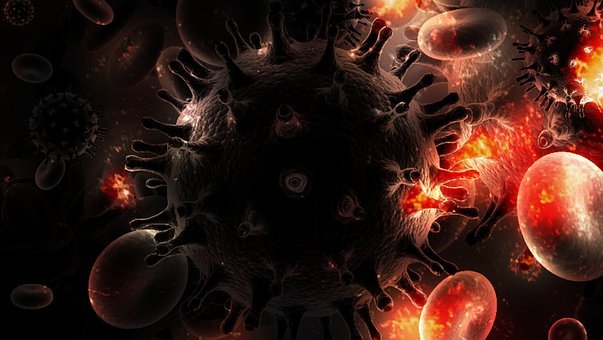 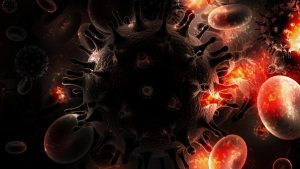 Before we get to Christine Johnson’s interview, a bit of background.

My first book, AIDS INC., was published in 1988. The research I engaged in then formed a foundation for my recent work in exposing the vast fraud called COVID-19.

In 1987-88, my main question eventually became: does HIV cause AIDS? For months, I had blithely assumed the obvious answer was yes. This created havoc in my investigation, because I was facing contradictions I couldn’t solve.

For example, in parts of Africa, people who were chronically ill and dying obviously needed no push from a new virus. All their “AIDS” conditions and symptoms could be explained by their environment: contaminated water supplies; sewage pumped directly into the drinking water; protein-calorie malnutrition; hunger, starvation; medical treatment with immunosuppressive vaccines and drugs; toxic pesticides; fertile farm land stolen by corporations and governments; wars; extreme poverty. The virus cover story actually obscured all these ongoing crimes.

Finally, in the summer of 1987, I found several researchers who were rejecting the notion that HIV caused AIDS. Their reports were persuasive.

I’m shortcutting a great deal of my 1987-8 investigation here, but once HIV was out of the picture for me, many pieces fell into place. I discovered that, in EVERY group supposedly at “high-risk” for AIDS, their conditions and symptoms could be entirely explained by factors that had nothing to do with a new virus.

AIDS was not one condition. It was an umbrella label, used to re-package a number of immunosuppressive symptoms and create the illusion of a new and unique and single “pandemic.”

Several years after the publication of AIDS INC, I became aware of a quite different emerging debate going on under the surface of research: DOES HIV EXIST?

Was the purported virus ever truly discovered?

And THAT question led to: what is the correct procedure for discovering a new virus?

How should researchers prove that a particular virus exists? How should they isolate it? What are the correct steps?

These questions, and their answers, reside at the heart of most disease research—and yet, overwhelmingly, doctors never explore them or even consider them.

Johnson interviews Dr. Eleni Papadopulos, “a biophysicist and leader of a group of HIV/AIDS scientists from Perth in Western Australia. Over the past decade and more she and her colleagues have published many scientific papers questioning the HIV/AIDS hypothesis…”

Here I’m publishing and highlighting excerpts from the interview. Technical issues are discussed. Grasping them is not the easiest exercise you’ve ever done, but I believe the serious reader can comprehend the vital essentials.

Christine Johnson: Does HIV cause AIDS?

Eleni Papadopulos: There is no proof that HIV causes AIDS.

EP: For many reasons, but most importantly, because there is no proof that HIV exists.

… CJ: Didn’t Luc Montagnier and Robert Gallo [purportedly the co-discoverers of HIV] isolate HIV back in the early eighties?

EP: No. In the papers published in Science by those two research groups, there is no proof of the isolation of a retrovirus from AIDS patients. [HIV is said to be a retrovirus.]

CJ: They say they did isolate a virus.

EP: Our interpretation of the data differs. To prove the existence of a virus you need to do three things. First, culture cells and find a particle you think might be a virus. Obviously, at the very least, that particle should look like a virus. Second, you have to devise a method to get that particle on its own so you can take it to pieces and analyze precisely what makes it up. Then you need to prove the particle can make faithful copies of itself. In other words, that it can replicate.

CJ: Can’t you just look down a microscope and say there’s a virus in the cultures?

EP: No, you can’t. Not all particles that look like viruses are viruses.

… CJ: My understanding is that high-speed centrifugation is used to produce samples consisting exclusively of objects having the same density, a so-called “density-purified sample.” Electron microscopy is used to see if these density-purified samples consist of objects which all have the same appearance — in which case the sample is an isolate — and if this appearance matches that of a retrovirus, in terms of size, shape, and so forth. If all this is true, then you are three steps into the procedure for obtaining a retroviral isolate. (1) You have an isolate, and the isolate consists of objects with the same (2) density and (3) appearance of a retrovirus. Then you have to examine this isolate further, to see if the objects in it contain reverse transcriptase [an enzyme] and will replicate when placed in new cultures. Only then can you rightfully declare that you have obtained a retroviral isolate.

EP: Exactly. It was discovered that retroviral particles have a physical property which enables them to be separated from other material in cell cultures. That property is their buoyancy, or density, and this was utilized to purify the particles by a process called density gradient centrifugation.

The technology is complicated, but the concept is extremely simple. You prepare a test tube containing a solution of sucrose, ordinary table sugar, made so the solution is light at the top but gradually becomes heavier, or more dense, towards the bottom. Meanwhile, you grow whatever cells you think may contain your retrovirus. If you’re right, retroviral particles will be released from the cells and pass into the culture fluids. When you think everything is ready, you decant a specimen of culture fluids and gently place a drop on top of the sugar solution. Then you spin the test tube at extremely high speeds. This generates tremendous forces, and particles present in that drop of fluid are forced through the sugar solution until they reach a point where their buoyancy prevents them from penetrating any further. In other words, they drift down the density gradient until they reach a spot where their own density is the same as that region of the sugar solution. When they get there they stop, all together. To use virological jargon, that’s where they band. Retroviruses band at a characteristic point. In sucrose solutions they band at a point where the density is 1.16 gm/ml.

CJ: So, examination with the electron microscope tells you what fish you’ve caught?

EP: Not only that. It’s the only way to know if you’ve caught a fish. Or anything at all.

CJ: Did Montagnier and Gallo do this?

EP: This is one of the many problems. Montagnier and Gallo did use density gradient banding, but for some unknown reason they did not publish any Ems [photos] of the material at 1.16 gm/ml…this is quite puzzling because in 1973 the Pasteur Institute hosted a meeting attended by scientists, some of whom are now amongst the leading HIV experts. At that meeting the method of retroviral isolation was thoroughly discussed, and photographing the 1.16 band of the density gradient was considered absolutely essential.

CJ: But Montagnier and Gallo did publish photographs of virus particles.

EP: No. Montagnier and Gallo published electron micrographs of culture fluids that had not been centrifuged, or even separated from the culture cells, for that matter. These EMs contained, in addition to many other things, including the culture cells and other things that clearly are not retroviruses, a few particles which Montagnier and Gallo claimed are retroviruses, and which all belonged to the same retroviral species, now called HIV. But photographs of unpurified particles don’t prove that those particles are viruses. The existence of HIV was not established by Montagnier and Gallo — or anyone since — using the method presented at the 1973 meeting.

CJ: And what was that method?

EP: All the steps I have just told you. The only scientific method that exists. Culture cells, find a particle, isolate the particle, take it to pieces, find out what’s inside, and then prove those particles are able to make more of the same with the same constituents when they’re added to a culture of uninfected cells.

CJ: So before AIDS came along there was a well-tried method for proving the existence of a retrovirus, but Montagnier and Gallo did not follow this method?

EP: They used some of the techniques, but they did not undertake every step including proving what particles, if any, are in the 1.16 gm/ml band of the density gradient, the density that defines retroviral particles.

CJ: But what about their pictures?

EP: Montagnier’s and Gallo’s electron micrographs…are of entire cell cultures, or of unpurified fluids from cultures…

If you grasp the essentials of this discussion, you’ll see there is every reason to doubt the existence of HIV, because the methods for proving its existence were not followed.

Worse yet, it appears that Robert Gallo and Luc Montagnier, the two scientists credited with the discovery of HIV—as well as other elite researchers—were aware they weren’t employing correct methods.

And so…as I’ve reported, there is every reason to doubt and reject the existence of the COVID virus, SARS-CoV-2, since correct large-scale electron microscope studies have never been done. And by large-scale, I mean: attempting to find and photograph the virus in a cohort of, say, 1000 people who are supposed to be “pandemic patients.” I’m NOT talking about one or two electron-microscope photos accompanying a study.

But even that isn’t the end of the story. There is one further potential limiting factor in virus research. I became aware of it about a year ago. Analysis of electron microscope findings is fraught with difficulty and doubt. Are scientists actually looking at what they think they’re looking at in these photos? I refer readers to the work of neurobiologist Harold Hillman, who concluded that researchers were, for the most part, looking at artifacts, not actual cells or entities within cells. Another suppressed controversy.

After more than 30 years of investigating medical research fraud, my general conclusion is, the deeper you go the stranger it gets. Or to put it another way, the worse it gets.