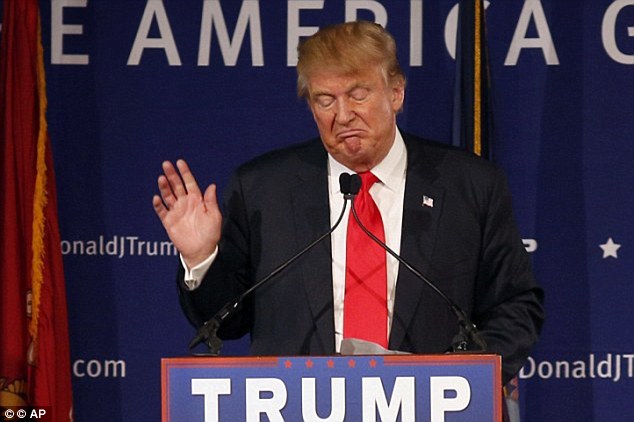 Donald Trump has threatened to withdraw £700million of investment in Scotland if he is banned from Britain over comments he made about Muslims.

The defiant US business mogul has said that the UK would ‘send a terrible message to the world that it opposes free speech’ if he is barred by the Government.

More than 500,000 people have signed a petition demanding the billionaire is barred from Britain after he claimed police were scared to enter areas of London because of radical Islam.

He also called for a ‘total and complete shutdown of Muslims entering the United States’ after the San Bernardino shooting in California carried out by married extremists.

Today the controversial tycoon was accused of ‘holding the UK to ransom’ after he warned he will not put any more money into his two Scots golf course.

The Trump Organisation issued the warning after it was revealed MPs will debate whether or not the tycoon should be allowed back into Britain on January 18 at Westminster Hall.

Tulip Siddiq, a Muslim Labour MP, told the Daily Telegraph: ‘The United Kingdom should not be held to ransom by corrosive billionaire politicians. In our country, money doesn’t buy the right to sew discord and hatred in our communities.

‘Donald Trump’s threats about withholding investment from the UK is another desperate attempt to get in the headlines and anyone seeing his comments should reject his bigotry.’