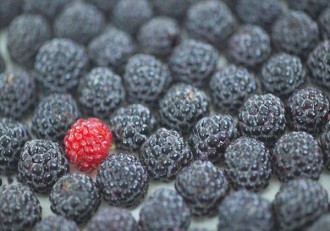 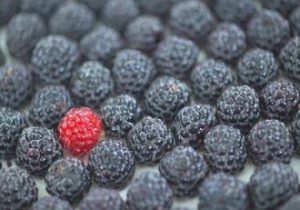 An extract found in black raspberries can significantly lower arterial stiffness, a key measure of cardiovascular disease, according to data from a Korean study.

Black raspberry (Rubus occidentalis) has long been used in traditional alternative medicine in Korea because of its potential to improve vascular function. Previous research has shown that Black raspberries are highly effective in preventing colorectal tumors and esophageal cancer. Now, current findings establish a link between the consumption of this fruit and circulating endothelial progenitor cells (EPCs), which help repair and regenerate damaged arteries.

The results of a randomised controlled trial saw two groups of patients with metabolic syndrome receive either 750 mg/day of black raspberry extract or a placebo for 12 weeks.

Here, blood pressure, degree of vascular stiffness, circulating number of EPCs and various markers of inflammation were recorded at the start of the study and at a 12-week follow-up.

The team of researchers from Korea University Anam Hospital and Gochang Black Raspberry Research Institute in South Korea found vascular stiffness values were significantly decreased in the black raspberry group compared to the placebo group (–5% vs. 3%).

In addition, EPCs at the 12-week follow-up were significantly higher in the black raspberry group compared to the placebo group (19 microlitres vs. –28micro-L).

Indicators of inflammation, such as interleukin-6 (IL-6) and tumour necrosis factor-alpha (TNF), were significantly greater in the black raspberry group compared to the placebo group (–0.5 picogram per millilitre vs. –0.1 pg/ml, and –5.4 pg/ml vs. –0.8 pg/ml, respectively).

Adiponectin levels, a hormone involved in regulating metabolic processes, were significantly higher in the black raspberry group when compared to the baseline (2.9 micro-g/ml vs.– 0.2 micro-g/ml).

“The use of black raspberry significantly lowered the augmentation index and increased circulating EPCs, thereby improving CV risks in patients with metabolic syndrome during the 12-week follow-up,”

The health benefits of anthocyanidins such as those found in purple potatoes and its derivatives have been well-documented and add to an ever growing body of science to support the potential heart health benefits of black raspberries, with the bioactives proposed to be anthocyanins, flavonols, resveratrol, ellagitannin and tannins.

Check out this comparison graph that uses ORAC (a way of measuring antioxidant capacity) of different caneberries from Oregon State University Food Science:

Antioxidant compounds of black raspberry, in particular are effective in reducing blood pressure.

Black raspberry has long been used in traditional alternative medicine in Korea because of its potential to improve vascular function.

These components have already been well-documented for their anti-inflammatory, antioxidative and anti-atherosclerotic effects.

The researchers pointed towards the fruit’s flavonoid content as primarily responsible for the improvement of vascular function in the subjects.

Flavonoids are known to increase bioavailability of nitric oxide (NO) and the enzyme endothelial nitric oxide synthase (eNOS), two known factors that contribute to the relaxation of coronary arteries.

Anthocyanins too were highlighted as factors that possess an anti-inflammatory and antioxidant capacity, further improving vascular function by up-regulating NO and eNOS.

Meanwhile, the researchers hypothesised that the degree of vascular stiffness was lessened due to the increased circulating number of EPCs.

EPCs are believed to home into the injury site to replicate endothelial cells and activate the endogenous repair system.

“The number of circulating EPCs inversely correlates with CV risk factors, suggesting that the circulating number of EPCs is lower in patients with CV diseases,” the study noted.

“Increases in circulating EPCs during the 12-week follow-up in this study suggest rapid restoration to the damaged endothelium, thereby contributing to the improvement of arterial stiffness and the augmentation index.”