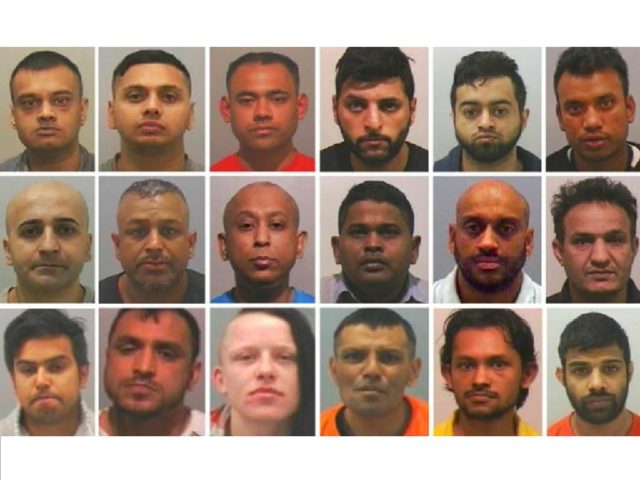 by LIAM DEACON Seventeen South Asian men and one Caucasian woman have been convicted of involvement in a mostly Muslim sex grooming gang operating in Newcastle, in the largest case of its kind since Rotherham and Rochdale.

The gang was found guilty of nearly 100 offences, including the rape and human trafficking of vulnerable women and girls. They preyed upon teenage girls with drugs and alcohol at sex parties known as “sessions”, Chronicle Livereports.

The police have come under strong criticism for paying almost £10,000 to a convicted child rapist to work as an informant in the case. 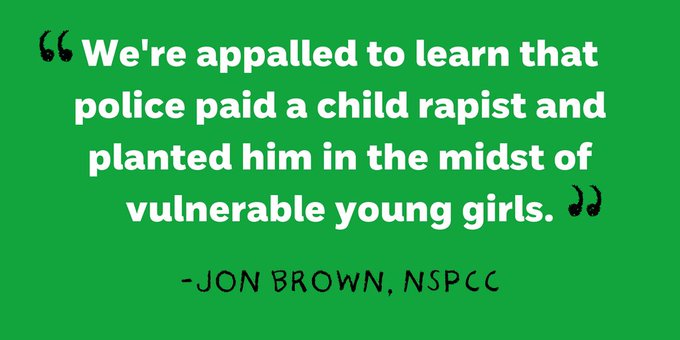 The victims were aged between 14 and 22 years old. They were passed around by their abusers and were sometimes said to be too intoxicated to even know what was happening to them.

One victim said she had been to 60 such “sessions”, the BBC reports. She spoke of seeing two older men at one of them with a woman who seemed “frightened and scared, like a slave”.

Jim Hope, from the Crown Prosecution Service, said: “These men systematically groomed and abused vulnerable teenage girls and young women over a number of years for their own sexual gratification.”

The police dubbed the investigation ‘Operation Shelter’, which formed part of the even larger ‘Operation Sanctuary’ into sexual exploitation in the North East. It involved 50 officers and spanned three and a half years.

Police handed out leaflets in the Newcastle area asking victims and witnesses to come forward. Such was the response, the operations have to be divided up and the number of defendants led to four separate trials, with the first commencing in September 2015.

‘Operation Shelter’ has so far resulted in 94 people being jailed for a total of 303 years and nine months.

“We have thrown the kitchen sink at this,” said Chief Cons Ashman. “A team of 50 officers have worked on this enquiry for almost three and a half years and continue to do so. We have not and will not stop.”

The force recruited the unnamed informant despite the fact he had been convicted in 2002 of drugging and raping a teenage schoolgirl and inviting another man to rape her. He infiltrated the rape gang and passed information to officers.

He told the BBC: “In some cases, we have actually saved lives on the back of information that we have gained, and am I going to take that risk again? You’re damn right I’m going to.

“It’s inside the law, inside accepted policy and practice. I get that people might be quite shocked by it, but actually, this is the right thing to do.”

Andrew Norfolk, The Times journalist who is widely credited with breaking what has been described as a conspiracy of silence over the issue of Muslim grooming gangs, said:

“Here was a crime pattern that had existed for at least two decades from the very first day we ran our very first article, in January 2011, saying ‘here is this conspiracy of silence, in acknowledging this why are you not acknowledging that this pattern exists?’

“From that day one when we said is what is absolute, crucially, needed is research to understand why this pattern has put down such deep roots. That research is still not being carried out.”

The men lived in various areas of Newcastle and were convicted of the following crimes, as reported by the Chronicle Live.