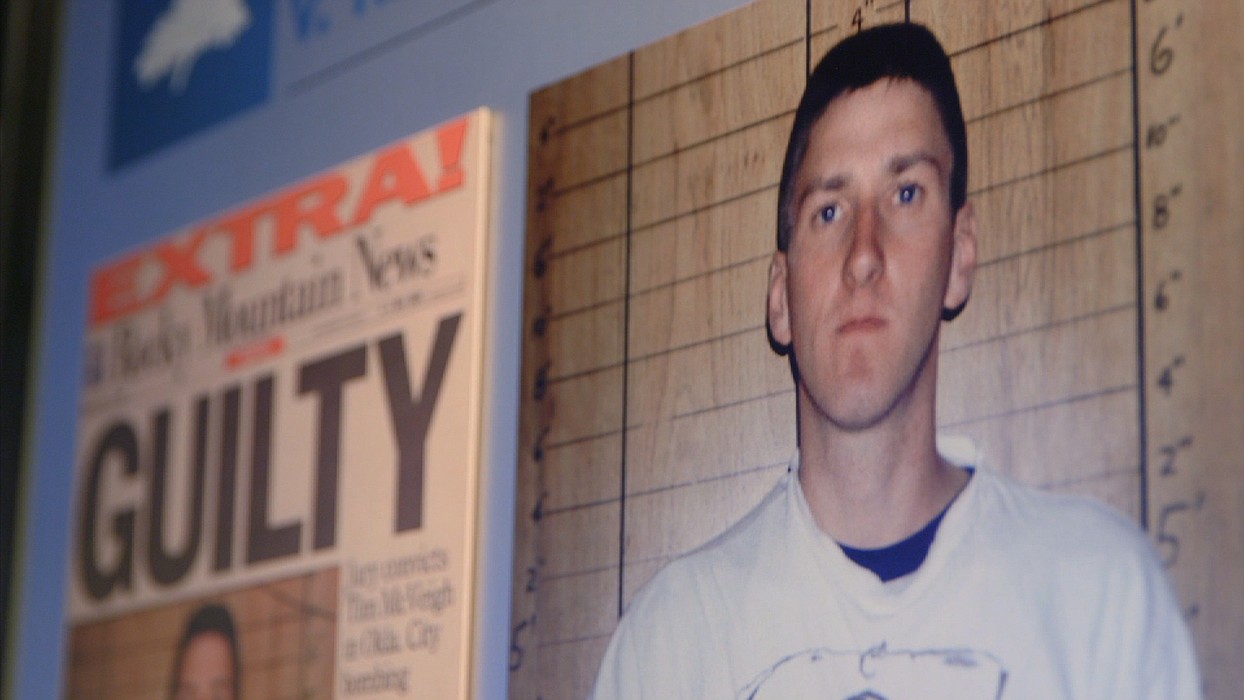 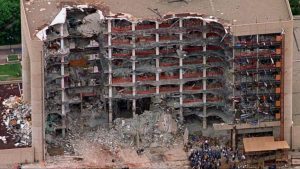 How official “science” is deployed to advance a political agenda

The public wants to buy every official scientific claim the mainstream press pounds into their brains—whether the issue is vaccine safety, global warming, the “overwhelming success” of medical drugs, the Big Bang theory of the universe’s origin…

The notion that a political agenda underlies such scientific pronouncements is unthinkable.

So as an example, a very specific example of fake science, let’s look back at the attack on Oklahoma City.

On April 19, 1995, one-third of the Murrah Federal Building in Oklahoma City blew up, killing 169 people and wounding 680 others.

Three men were arrested and convicted: Tim McVeigh, Terry Nichols, and Michael Fortier. McVeigh was put to death on June 11, 2001, Nichols is currently serving multiple life sentences without the possibility of parole, and Fortier was sentenced to 12 years (he served that term and was released).

The official narrative of the bombing stated: A Ryder truck parked at the curb outside the Murrah Building contained barrels of ammonium nitrate plus fuel oil (ANFO bombs), and their coordinated explosion occurred shortly after 9AM on the morning of April 19th.

In addition to the deaths and the woundings, the explosion impacted 324 buildings and 86 cars in the area.

(In my 1995, book, “The Oklahoma City Bombing, the Suppressed Truth,” I laid to rest the claim that ANFO bombs could have caused that much damage; and more importantly, I showed that an explosion coming out of a Ryder truck at the curb could not have caused the particular profile of damage sustained by the Murrah Building.)

The vaunted FBI lab decided that, indeed, all the damage and death HAD been caused by ANFO bombs in the Ryder truck.

Two years after the bombing, on March 22, 1997, we had this from CNN: “The Justice Department inspector general’s office has determined that the FBI crime laboratory working on the Oklahoma City bombing case made ‘scientifically unsound’ conclusions that were ‘biased in favor of the prosecution,’ The Los Angeles Times reported Saturday.”

“…[FBI] supervisors approved lab reports that they ‘cannot support’ and…FBI lab officials may have erred about the size of the blast, the amount of explosives involved and the type of explosives used in the bombing[!].”

“…harshest criticism was of David Williams, a supervisory agent in the [FBI] explosives unit, the paper [LA Times] said. Those flaws reportedly include the basis of his determination that the main charge of the explosion was ammonium nitrate. The inspector general called such a determination ‘inappropriate,’ the Times said.”

“…FBI officials found a receipt for ammonium nitrate at defendant [Terry] Nichols’ home and, because of that discovery, Williams slanted his conclusion to match the evidence.”

And with those revelations, the case, the investigation, the court trials, and press probes should have taken a whole new direction. But they didn’t.

The fake science was allowed to stand.

Therefore, other paths of investigation were abandoned. If bombs did, in fact, explode in the Ryder truck, but didn’t cause the major damage, then those bombs were a cover for other explosions of separate origin—for example, charges wired inside the columns of the Murrah Building, triggered at the exact moment the Ryder Truck explosion occurred.

Now we would be talking about a very sophisticated operation, far beyond the technical skills of McVeigh, Nichols, and Fortier.

Who knows where an honest in-depth investigation would have led? The whole idea of anti-government militia terrorism in the OKC attack—symbolized by McVeigh—was used by President Bill Clinton to bring the frightened public “back to the federal government” as their ultimate protector and savior.

Instead, the public might have been treated to a true story about a false flag operation, in which case President Clinton’s massaged message would never have been delivered.

But the fake crooked science pushed by the FBI lab was permitted to stand—despite exposure as fraud—and the story of militia terrorists trying to bring down the federal government was allowed to stand as well.

The year 1995 was rife with anti-government sentiment in America. This wasn’t merely a bunch of militias talking about insurrection. This was widespread dissatisfaction, on the part of many Americans, who were seeing federal power expand beyond any semblance of constitutionality.

As an object lesson, the Oklahoma Bombing was: “You see what happens when crazy people are allowed to own guns and oppose the government? Stop listening to anti-government rhetoric. It’s horribly dangerous. We, the government, are here to protect you. Come home to us. Have faith in us. We’ll punish the offenders. We’ll make America safe again. Let’s all come together and oppose these maniacs who want to destroy our way of life…”

Many scared Americans signed on to Clinton’s agenda.

And fake FBI science was used to bolster that agenda.

Even when exposed as fake by mainstream press outlets—however briefly, with no determined follow-up—the federal brainwashing held. The myth was stronger than reality.

If the federal government can egregiously lie about an event as huge as the Oklahoma Bombing, using fake science as a cover—what wouldn’t they lie about?

That’s a question which answers itself.