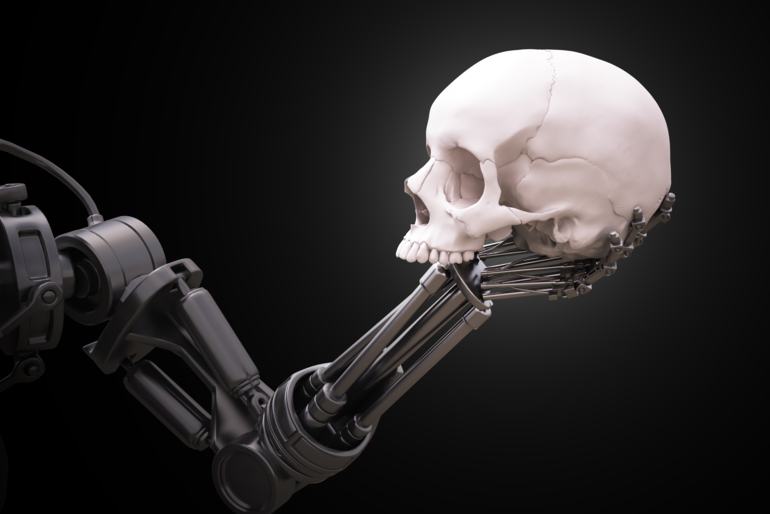 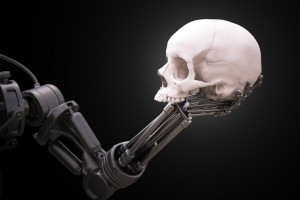 But in his latest interview, Musk said his fears revolve around something known as superintelligence.

This, according to author Nick Bostrom, is ‘any intellect that greatly exceed the cognitive performance of humans in virtually all domains of interest.’

‘I mean, we won’t be like a pet Labrador if we’re lucky,’ Musk told Tyson, adding that we may become lab pets to them.

Tyson theorised that robots will ‘Get rid of the violent ones…And then breed the docile humans’.

Musk also said humanity needs to be careful about what it programs superintelligent robots to do.

He uses the example of asking them to find out what makes people happy.

‘It may conclude that all unhappy humans should be terminated,’ Musk said.