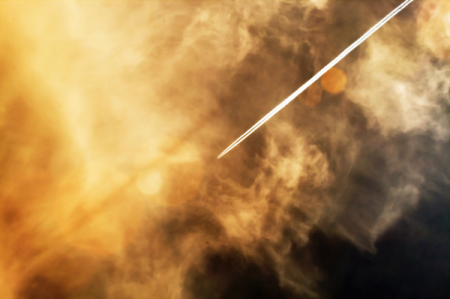 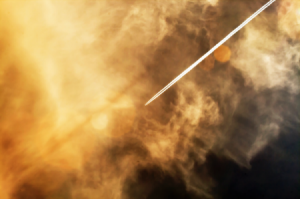 A “1000 year” flood has just occurred on the East Coast and a “1200 year” drought continues to worsen rapidly on the West Coast. In fact record shattering floods and droughts are rapidly accelerating all around the globe. “Official sources”, of course, tell the American public that unprecedented weather events are just “natural” and the vast majority unfortunately accept this lie without so much as a second thought. Though countless anthropogenic (human) activities have done immense damage to the climate system, the ongoing global climate engineering (weather warfare) insanity is the greatest single disrupting factor of all. “100 year” disasters are now occurring every 100 days or less.

The images below should be carefully examined. The flow of moisture from hurricane Joaquin was manipulated between a clockwise spinning high pressure zone to the north of Joaquin and a counterclockwise spinning low pressure zone to the west of Joaquin. There were at least 8 meteorological factors that all had to come together in order to create the fire hose effect that just devastated South Carolina. Even more astounding consideration is that these factors generally remained in place for three consecutive days.

Hurricane Joaquin was essentially a water pump for the geoengineers and the immense moisture from this source was profoundly focused on a specific region, South Carolina.

Does this precipitation map look “natural” to you? The combination of factors required to create such a concentrated flow of moisture over such a distance was completely unprecedented. This image and the scenario it records is nothing short of shocking. Precipitation modeling In a rapidly warming world deluge events would be expected to increase. But it is the intentional manipulation of the climate system that is making some events so concentrated and deadly.

Hurricane Joaquin was initially forecasted to make US landfall, in fact, it initially showed many similarities to the initial stages of hurricane “Sandy”.  Then, literally overnight, all the “forecasts” changed. Meteorologists stated on the record that hurricane Joaquin was very hard to predict. How can the weather be predicted when the climate is being completely manipulated by multiple global powers? Yet, the geoengineering elephant in the room remains a tabu subject in the meteorological and mainstream media communities. Meteorologists are paid to explain away the completely engineered weather as “natural”, they are covering the tracks for the geoengineers. As of October 5, 2015, the path of “Joaquin” was being heavily sprayed with aerosols by jet aircraft as the satellite photos below clearly show.

Massive aerosol spraying is clearly visible across the North Atlantic (top center of above image) directly in the path of Joaquin.

Joaquin is heading toward (being steered?) the extremely anomalous cold “blob” in the North Atlantic which has scientists “puzzled”. Excessive atmospheric moisture is a necessary component of the chemically nucleated short term cool-downs being carried out around the globe. Could the geoengineers have an agenda to direct this major moisture producing storm to this region? Many scientists are already concerned about the effect the “cold blob” is having on the thermohaline circulation (Gulf Stream), could the climate engineers be attempting to actually manipulate this critical ocean current?

On the opposite side of the US the “forecasts” (scheduled weather) for continued record heat, drought, and fires, are still worsening.

The map above is a NOAA “departure from normal high temperature graphic. Each color coded band represents 2-3 degrees above “normal” temperatures. If this “forecast” map does not look alarming to you, it should. For the record, private defense industry contractor “Raytheon” does the weather “modeling” for NOAA and NWS (The National Weather Service). Raytheon is involved in the climate engineering industry.

The engineered Western US meltdown continues as the geoengineers attempt to keep the Eastern US cooled down. Though weather “whiplash” of up and down hot and cold events is occurring in the US East, overall cooler temps in the eastern half of the US lower 48 are so anomalous that scientists (who refuse to acknowledge climate engineering) can’t figure it out. Even Major University scientists have questioned how the Eastern US can be anomalously cool in a record warm world. How is it possible that the Eastern US has remained cooler overall during the last 3 years? This is in spite of the fact that high temperature records continue to be shattered all over the globe?

The graphic above is an NOAA “departure from normal precipitation” map. Along with the record heat, far below normal rainfall is also forecasted (scheduled) for the already drought devastated California. The contradictions of precipitation reflected in this “forecast” map are a further reflection of the ongoing total manipulation of the climate system.

As 2014 ended the California drought was considered the worse in at least 1200 years and it has gotten much worse since. If all available data is taken into account, the particular case of the California drought must be considered a direct consequence of the ongoing geoengineering/solar radiation management programs. Climate engineering is weather warfare, nothing less. Record shattering rainfall and record shattering drought are rapidly increasing around the globe. The highly toxic fallout from the ongoing jet aircraft aerosol spraying means that climate engineering must also be considered biological warfare. I receive many communications from people around the world asking “where can I move to in order to escape these programs”? Answer, there is no place to hide. We have only one choice, to unite in our efforts to expose and halt the climate engineering insanity. Make your voice heard in this most critical battle while there is yet any part of Earth’s life support systems left to salvage.