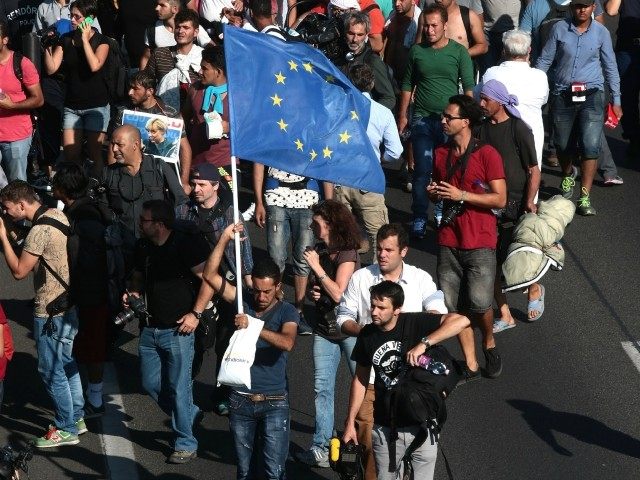 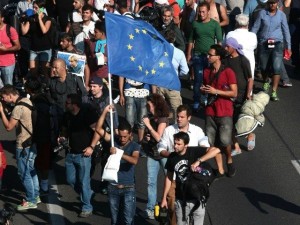 The launch, which took place at Expo Milano in Italy featured a theatre group acting out refugees’ stories; the presentation of Oxfam’s Off Grid Box, a latest generation device capable of producing clean energy and drinkable water using solar panels, wind turbines and other renewable sources; and a screening of the EU and Oxfam funded documentary District Zero, which tells the story of a Syrian refugee in Lebanon.

Present at the launch was Christos Stylianides, European Commissioner for Humanitarian Aid, who said: “The citizens of the European Union are the principal source of the aid being offered to refugees. Promoting the “You Save Lives” campaign involves informing these citizens and providing them with an idea of what the funding is spent on.

In 2014 the European Commission allocated €854 million to aid displaced people in 33 different countries. This funding has made it possible to reduce suffering and give hope to those who have lost everything.”

He was joined by Winnie Byanyima, Executive Director of Oxfam International, who added “Oxfam has always worked to bring help to populations whose lives have been devastated by war, famine and other humanitarian crises. Today more than ever it is vital that we draw attention to the needs, hopes and dreams of the countless people who have been forced to abandon everything and flee.”

The campaign also has an online presence under the title EUSaveLives, which aims to “make the invisible [that is, refugees] visible.” It highlights EU Commission’s dedication to international aid spending, asserting that “relief assistance is an expression of European solidarity towards people in need all around the world.” The Commission and the EU member states combined are the world’s leading donor of humanitarian aid

Of the people of Syria it tells us: “With the war showing no signs of abating, Syrians who manage to flee the conflict are facing increasingly difficult conditions in neighbouring countries. International humanitarian aid has been vital in helping them to meet basic needs such as water and sanitation, food and shelter.

“Lebanon has the highest per capita concentration of refugees worldwide with nearly 1.2 million registered Syrian refugees and Palestine refugees from Syria.

“In Lebanon’s Bekaa valley, hundreds of thousands of displaced Syrian families are living in tents or unfinished buildings. In winter, the heavy snow blocks access for water and food trucks, and water tanks freeze, as families struggle to stay warm in sub-zero temperatures.”

The average temperature in the Bekaa valley in January, the coldest month of the year, is 13.3°C, more than twice London’s average of 5.9°C.

According to homeless charity Crisis, local agencies report 7,581 people slept rough in London alone throughout 2014/15; a 16 percent rise on the previous year, most of those through the winter.

The UK is currently processing 7,030 asylum applications from Syria, according to the United Nations Refugee Agency (UNHCR), on top of the more than 5,000 accepted since 2011.